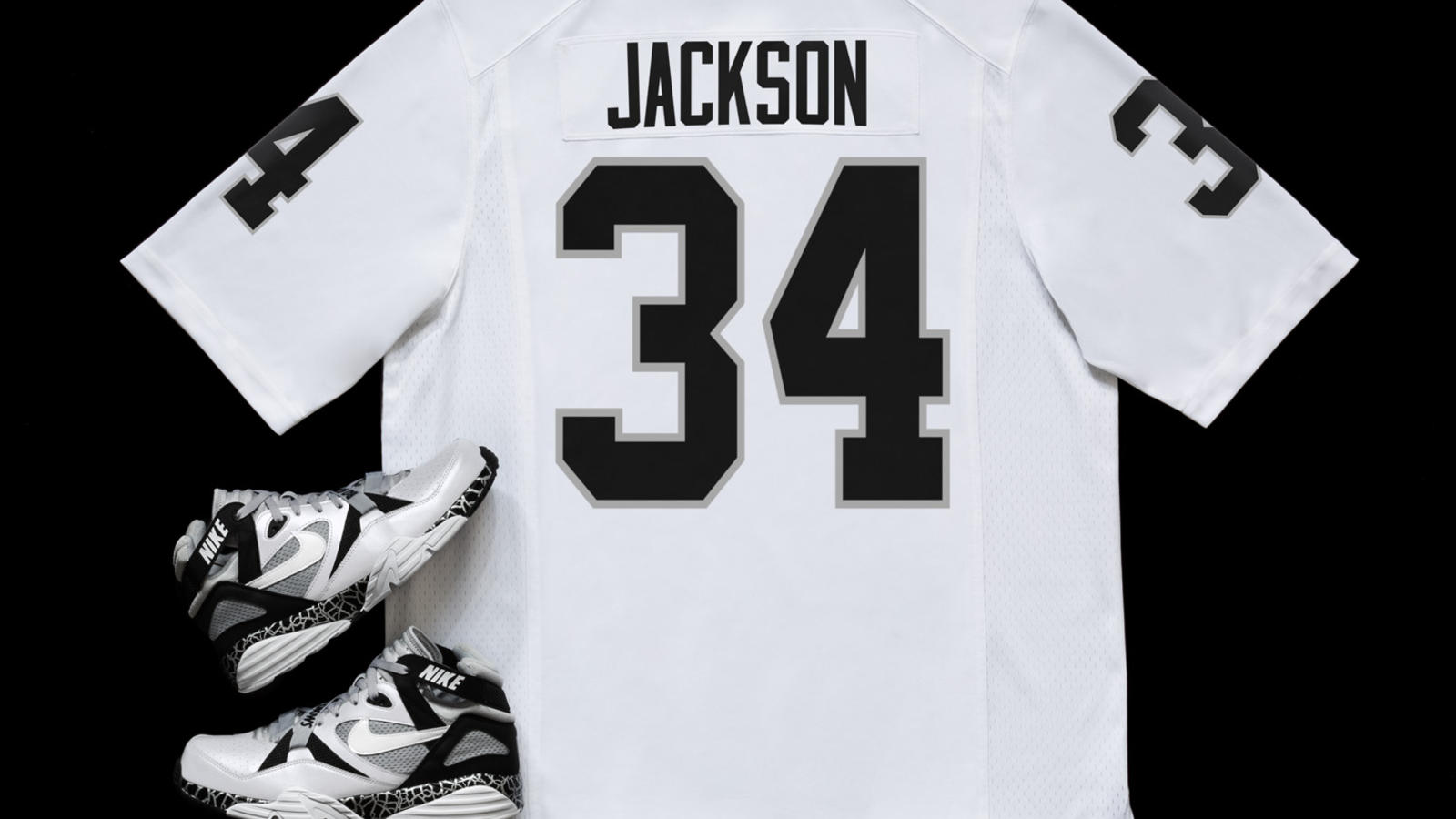 On May 25, Nike releases the Nike Air Trainer Max '91 Bo Pack. Rendered in the signature Raiders black and silver, the design celebrates key elements of the Jackson’s monumental career.

As one of the most versatile athletes in the history of sport, Bo Jackson embodied cross-training in the 1990s, excelling professionally on both the baseball diamond and the football field.

In only four short NFL seasons, Jackson amassed 2,782 rushing yards and scored a total of 18 touchdowns. These numbers make it easy to forget he played the game as a self-prescribed “hobby”—reporting for duty only after his commitment to baseball ended. Part-timers aren't supposed to burst through linebackers or take off for 91 yards in a single play.

Jackson's dynamic athleticism was featured in the second "Just Do It" campaign in 1988 with a captivating series detailing a week of Jackson's varied workouts. Who else was cycling, hooping and running all in the same shoe? The next year, Jackson became a pop culture icon through the "Bo Knows" campaign. We learned that the multi-sport athlete could do anything—except, perhaps, play guitar. To this day Jackson remains the godfather of Nike Training. 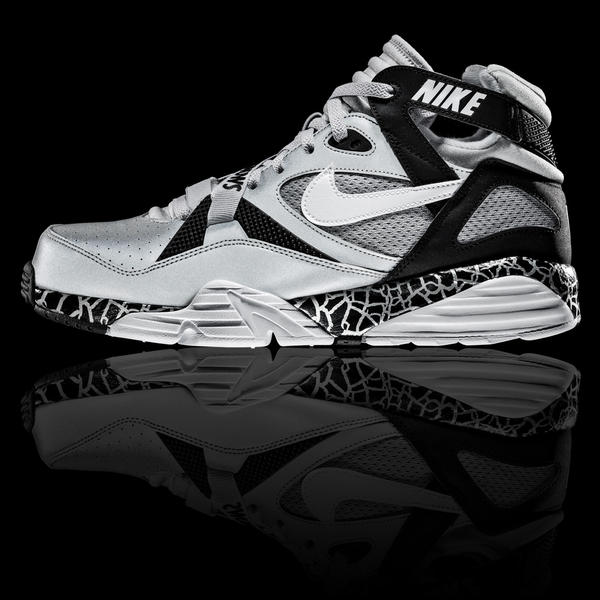 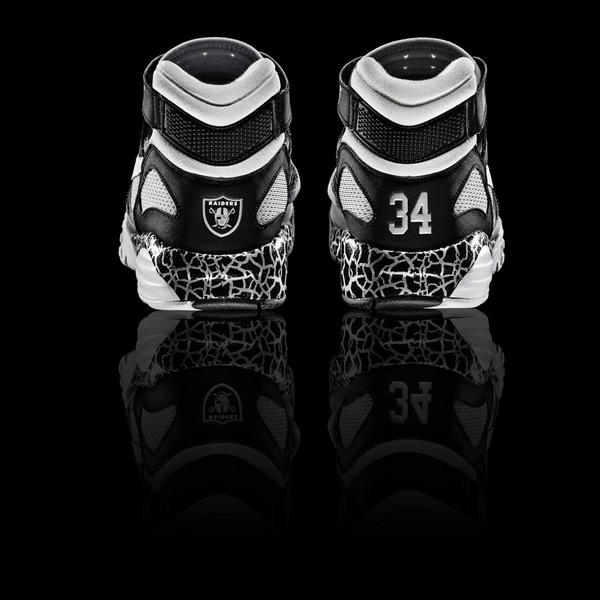 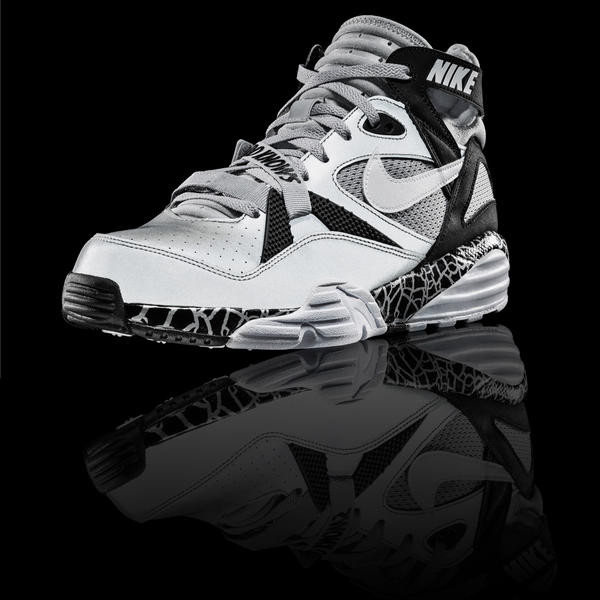 The Air Trainer Max originally dropped in 1991, with Jackson at the top of his career. Commemorating his balance of speed and power with the Raiders, the Nike Air Trainer Max '91 Bo Pack calls out Jackson's football prowess. Over a wolf grey reflective upper, the tonal straps read "Bo Knows" in reference to the seminal Nike campaign. The left heel features the Oakland Raiders logo while the right calls out Jackson's iconic number 34. On the midsole, a newly designed shatter graphic references Jackson's ability to break through barriers across any athletic encounter. The NFL Nike Game White Jersey with Jackson's name and number on the back round out the pack. 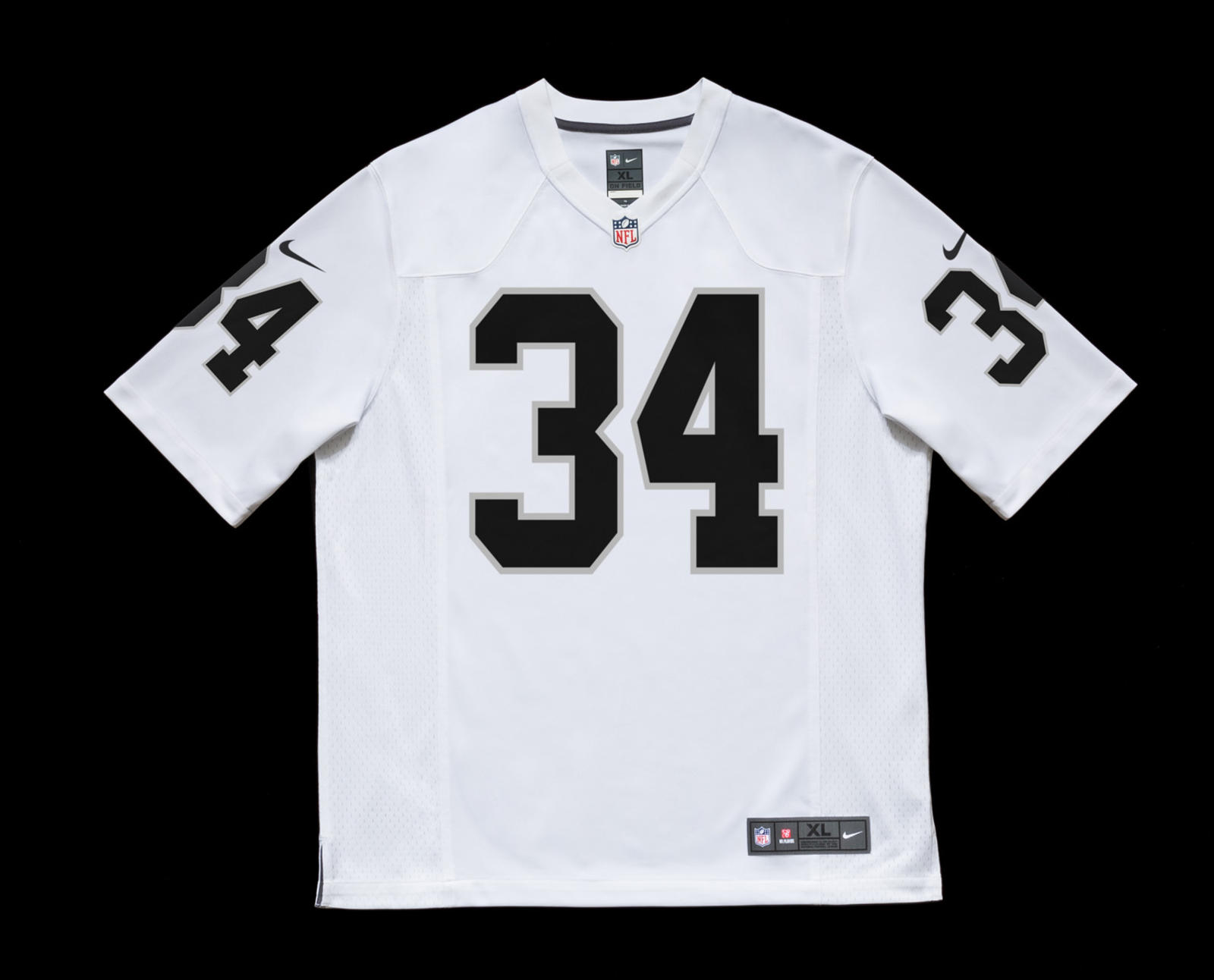 The Nike Air Trainer Max ’91 Bo Pack will be available on May 25 from select Nike retailers.