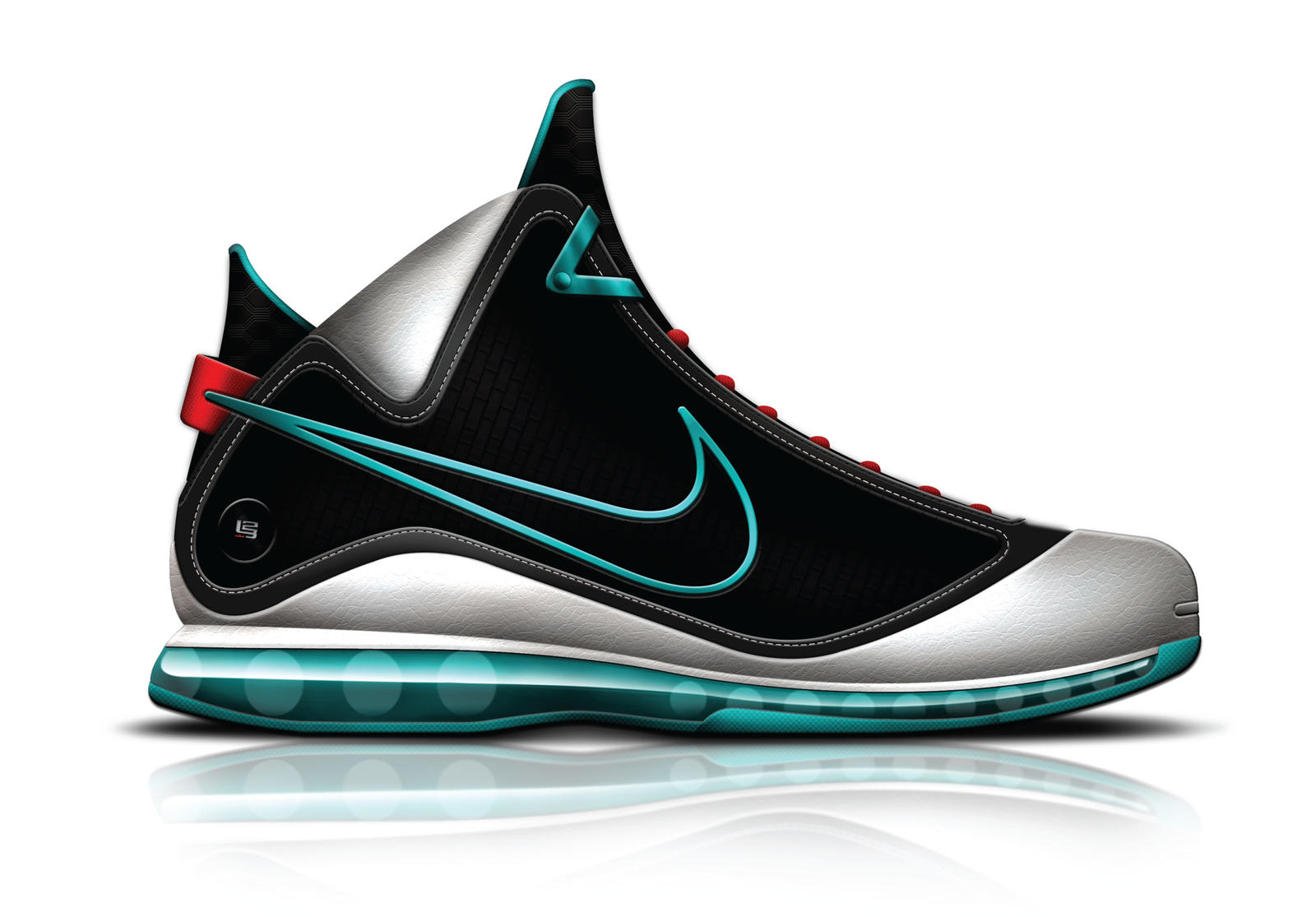 An early rendering by designer Jason Petrie of the Air Max LEBRON VII Red Carpet. James wore an NSW retro version of the shoe before his October 25 home game against the Utah Jazz.

Reinvention. There comes a point in every athlete’s signature shoe life that mere evolution isn’t enough — eventually the line has to take a giant leap. Think of the Air Jordan III or the Zoom Kobe IV. For LeBron James, it happened with the Air Max LEBRON VII.

Introduced 10 years ago last month, the Air Max LEBRON VII was the first Air Max LeBron shoe, utilizing an all-new, full-length, basketball-specific Max bag that featured a staggering 80 percent more Air than the previous full-length Max bag. It was the first LEBRON built with Flywire, technology that debuted in basketball the previous year in the first Hyperdunk, allowing LeBron’s latest to be both strong and sleek. It was also the first LEBRON designed by Jason Petrie, who is now 11 models deep (well, that you’ve seen anyway). 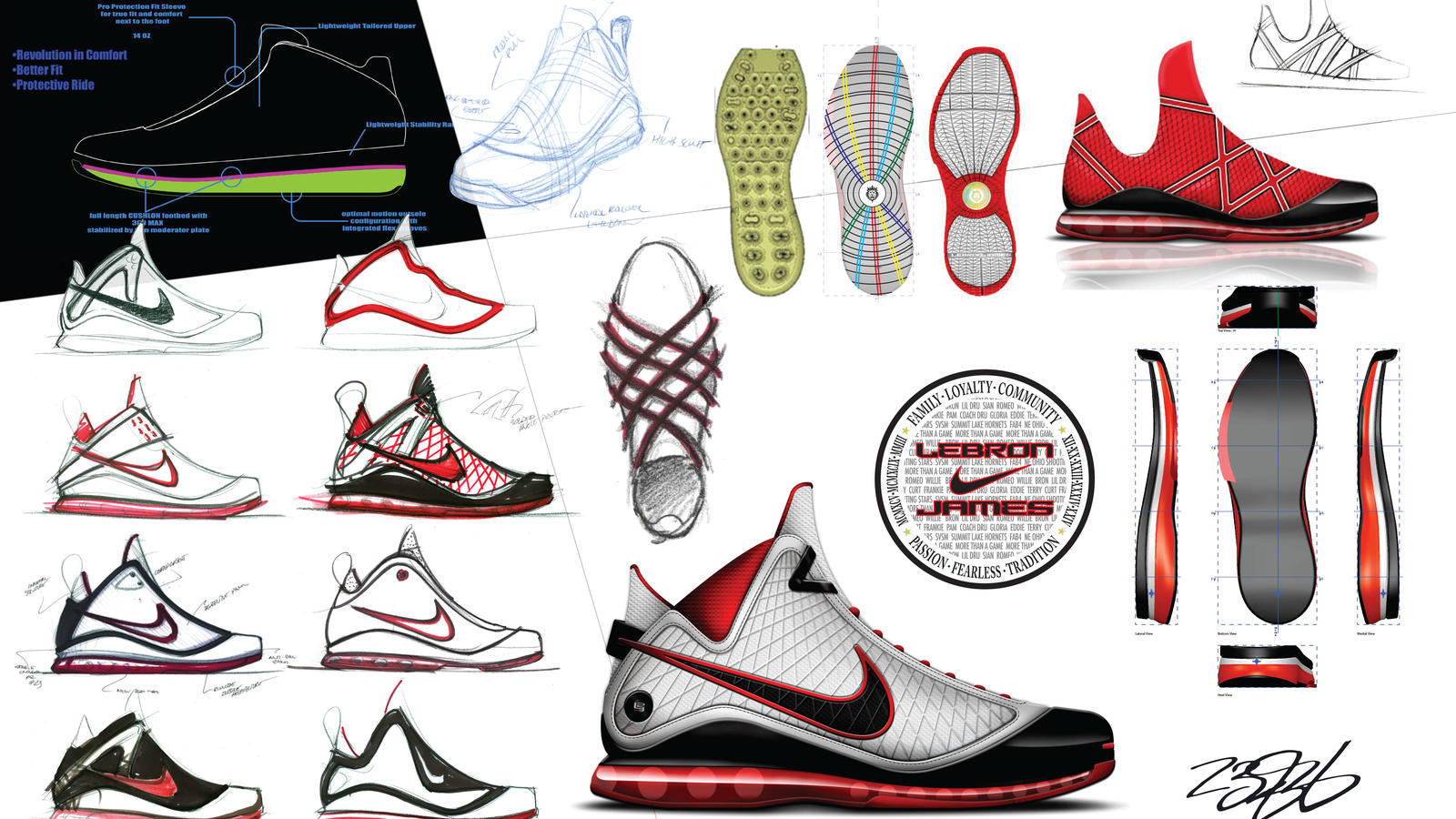 Designing shoes for LeBron was a challenge from day one. Trying to provide sufficient containment and cushioning to a guy built like a power forward with the agility of a point guard resulted in models that performed on the court, but didn’t necessarily translate to the street.

The slimmed-down VII, with its tinted Max bag and patent wrap reminiscent of a certain Jordan — there would even be a Cool Gray colorway — effortlessly crossed over. There were LEBRON VIIs for everybody: Off-court specific NFW (no Flywire) models with lux uppers constructed of woven leather; Christmas Day and All-Star on-court bangers; and a white-gold-green pre-launch set tied to his biopic that released globally in super-limited numbers, one city at a time — Chicago, Washington, Akron, Beijing, Shenyang, Shanghai, Paris, London, New York, L.A.

All of this lead up to the release of the white/black/red launch colorway in October of 2009. You didn’t have to be a 6' 8", 275-pound gladiator to wear these. They appealed to beasts and hypebeasts alike. Of course, first and foremost they had to perform on-court — and they sure did. Coming off his first MVP award, James wore the Air Max LEBRON VII en route to his second. 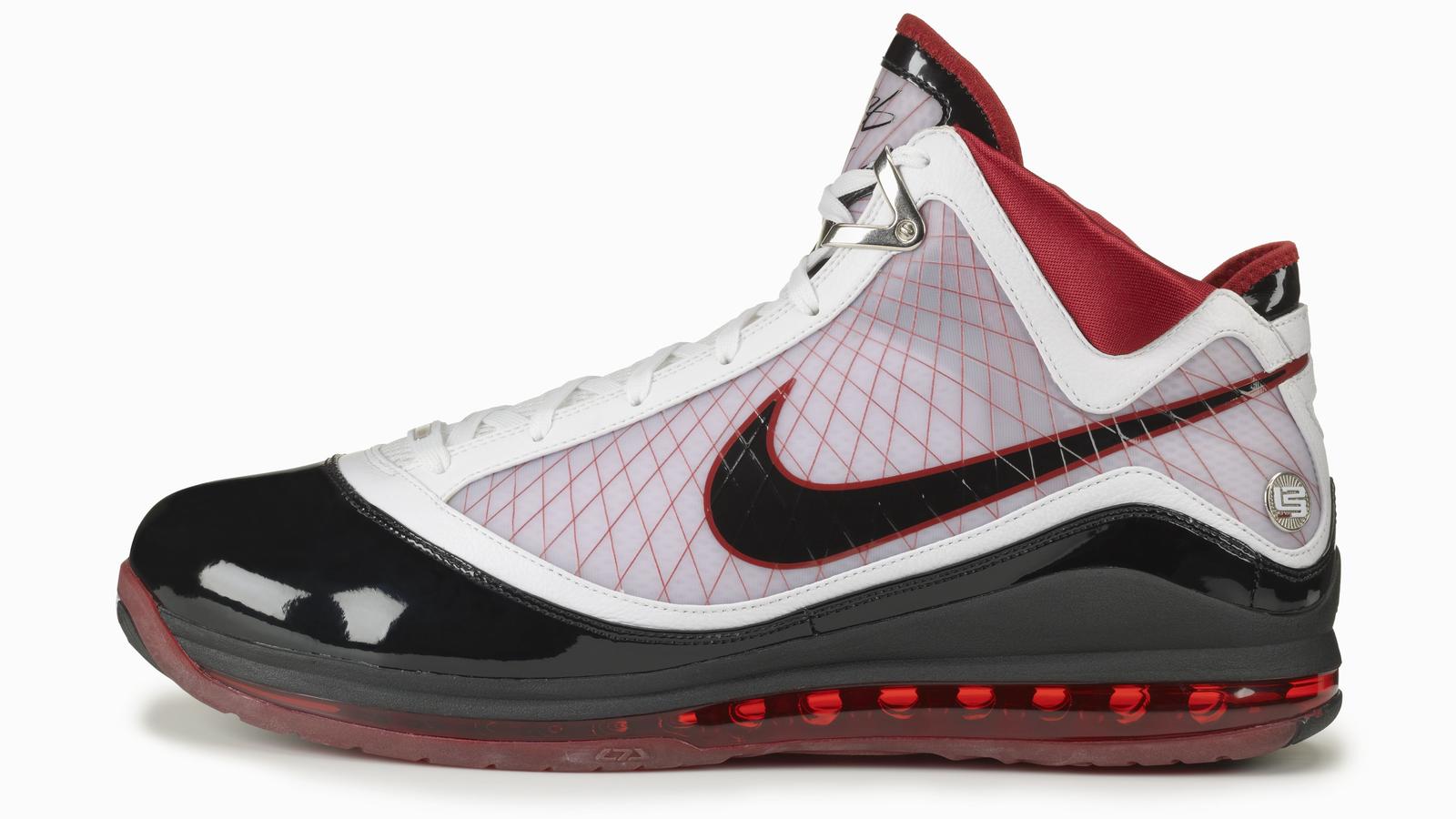 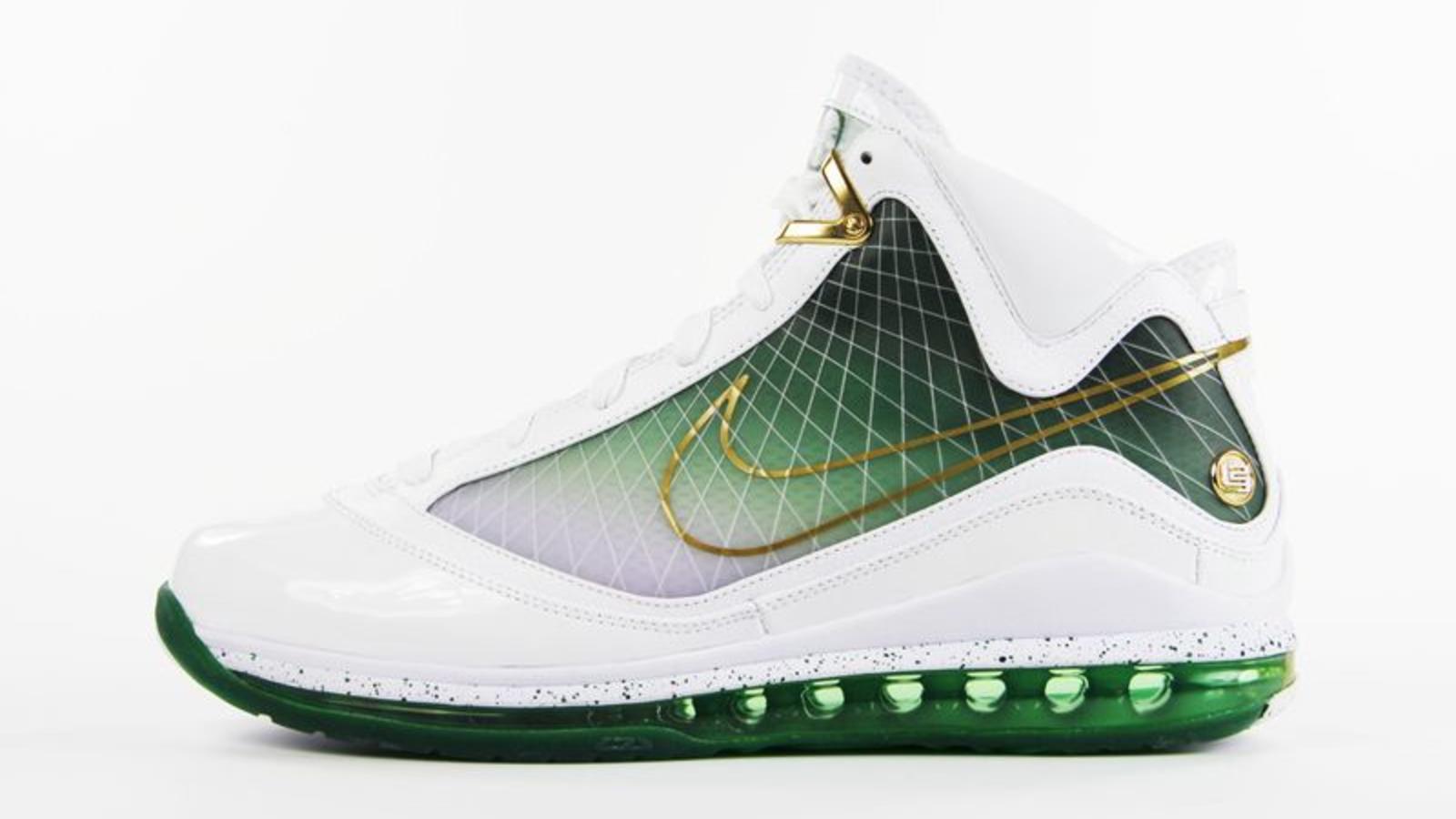 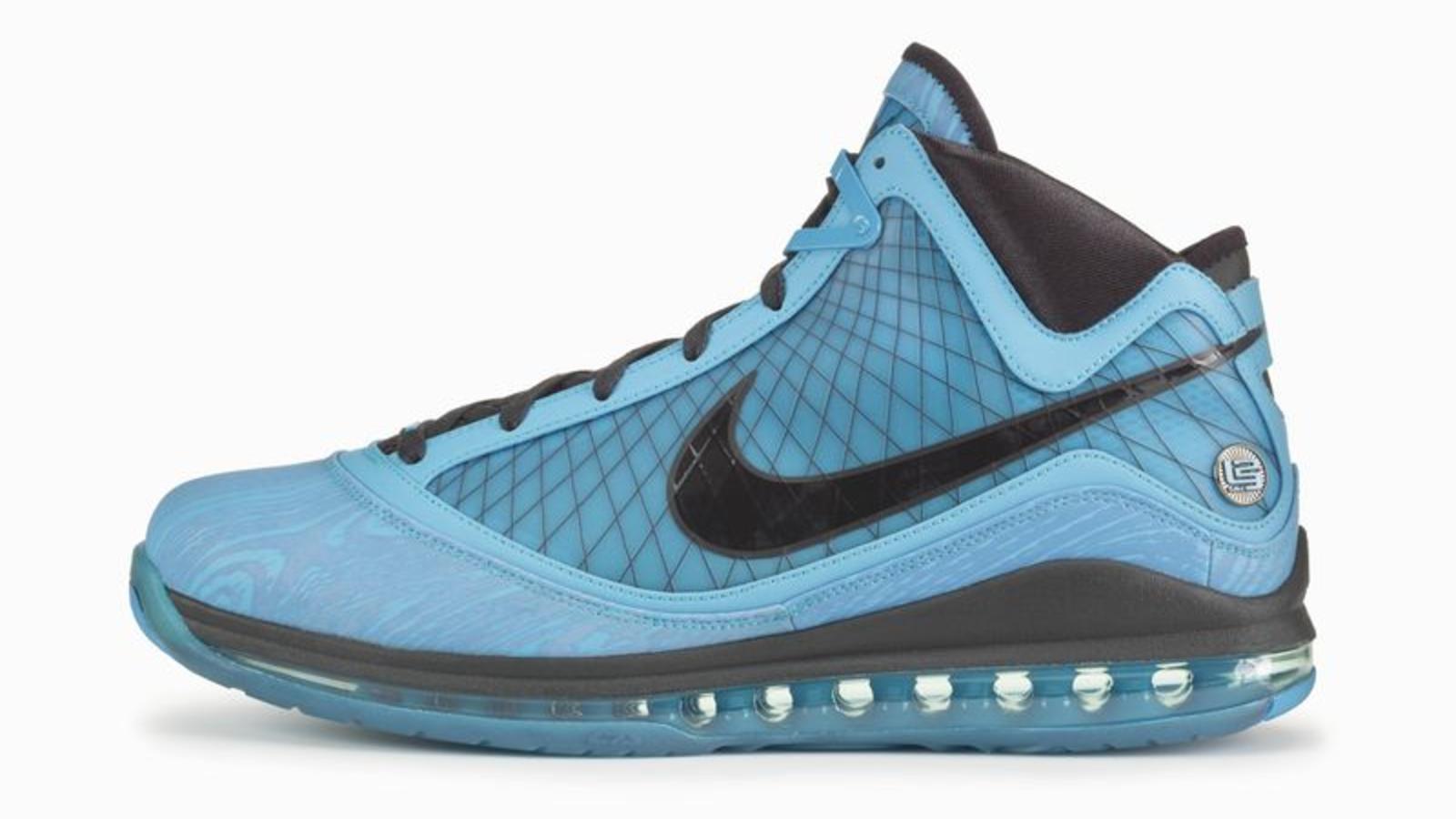 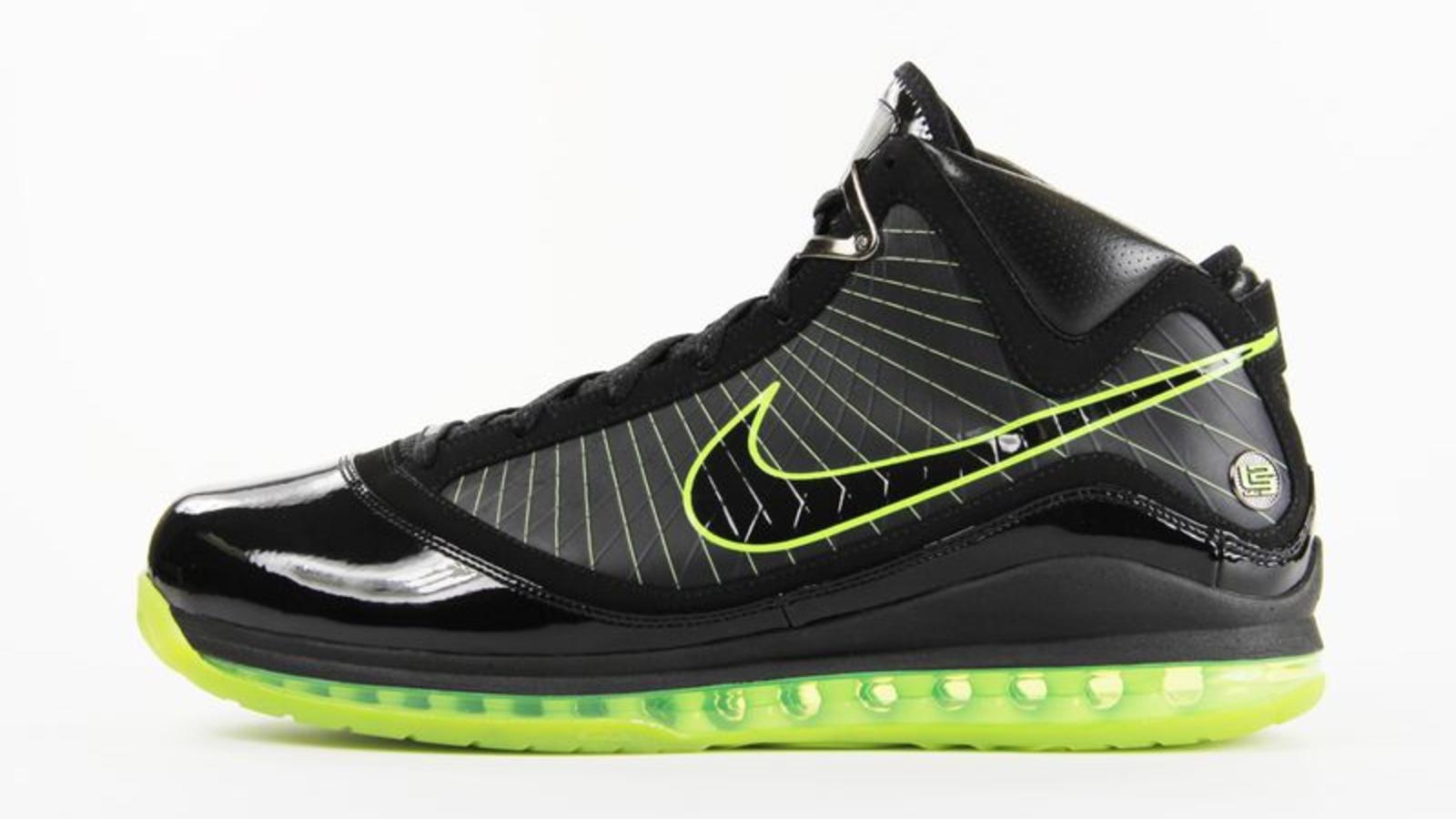 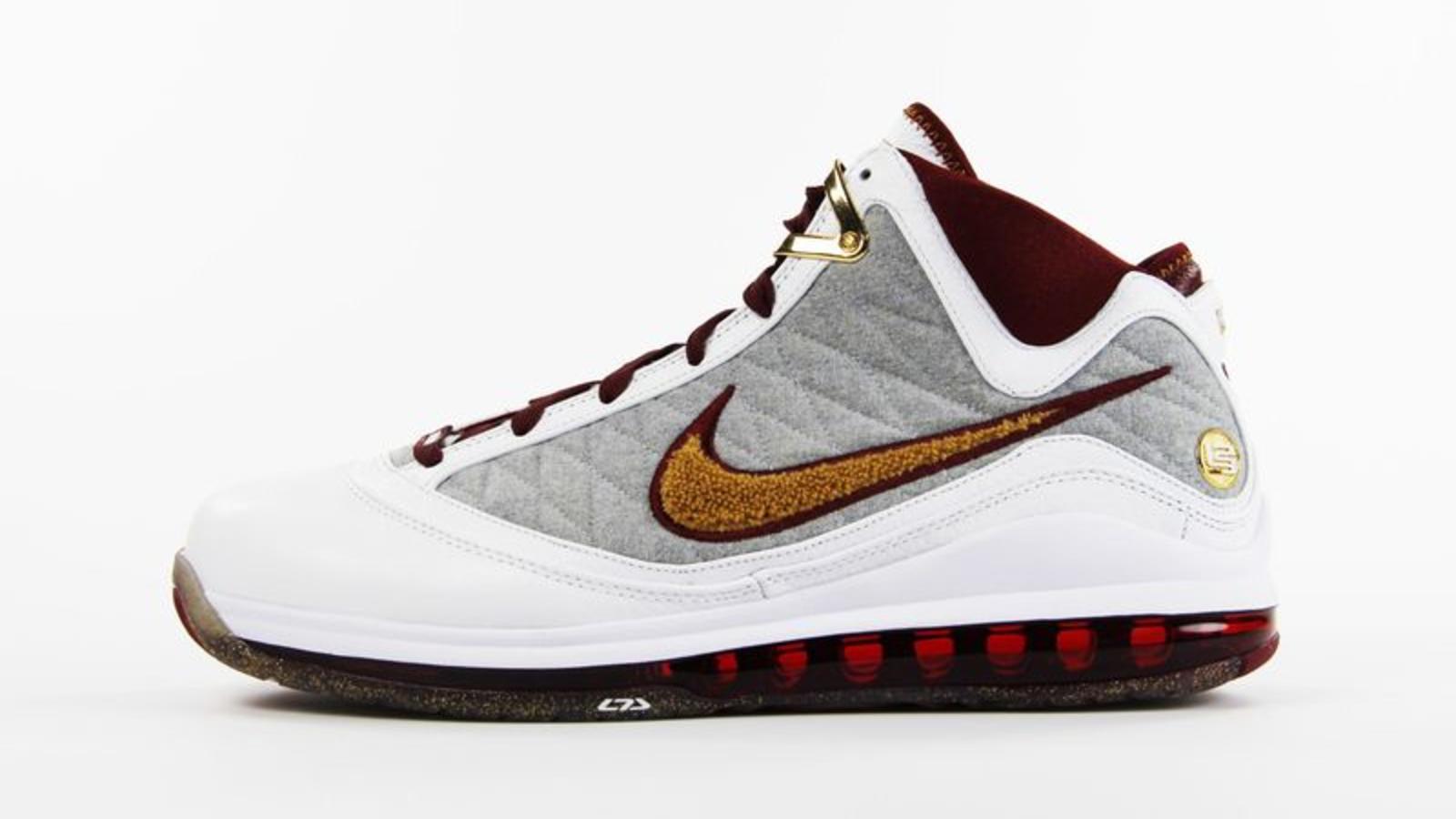 Nike debuted the shoe in the fall of 2009 at a global media summit held in Akron, Ohio, bringing the world to LeBron. This made good sense. After all, it was the Air Max LEBRON VII, more than any other LeBron shoe that came before it, that brought LeBron to the world.