The Air Max 97 Legacy in NYC

You could tell if someone wrote by the way that they dressed, and Air Max 97s were part of the uniform.

By 1997, the underground movements of the early '90s had fully integrated into New York City’s cultural fabric, showing influence everywhere from westside clubs to downtown photo studios, and setting the stage for future generations of expression in fashion, art, hip-hop and club music.

"There was a lot of change happening with the internet, photoshop and things like that," notes Scott Osman, organizer of the NASA parties that crystallized NYC's rave culture. “Everyone was thinking ahead.”

While the scene might have matured by ’97, it was still very much alive with crowds flocking to venues of all sizes to hear iconic DJs spin new sounds. 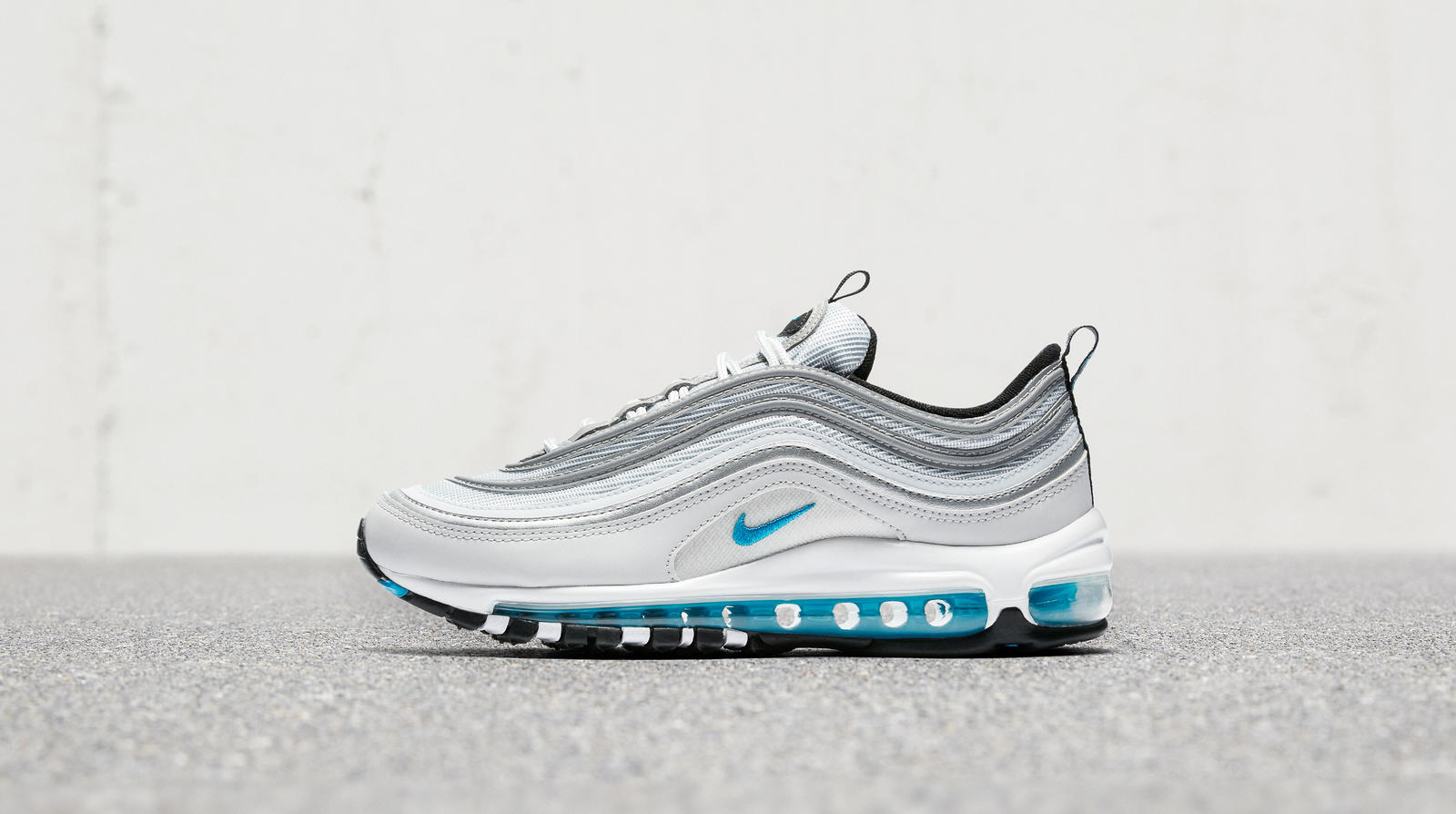 "Ninety-seven was an interesting year. The style was a sport vibe... the music was expanding into sub-genres, each taking on their own energy," says Osman. The futuristic look of Air Max models the mark within that aesthic. "For a techno DJ who was based in the future, Air Max were a statement," recalls landmark NYC DJ Frankie Bones.

New York rap dominated the charts, and luxury sportswear and technical outdoor gear defined the culture’s style. This updated palette and material mix blended perfectly with the in-your-face futurism of the Silver Bullets. Legendary promoter Jessica Rosenblum saw this mix firsthand during the Sunday night parties she hosted at The Tunnel. "A huge amount of people were wearing [Air Max 97s] then,” she says. The parties became the bedrock of hip-hop nightlife in NYC and set the standard for the genre around the world. “It was the end of the leather medallion and big gold earrings phase and heading into a time when everything looked sleeker and more modern. It matched up with how the music was changing."

This evolution was evident in the silhouette of the Air Max 97, which Eddie Cruz, co-founder of Undefeated, remembers as a major turning point in street style. “The 97s symbolized a sneaker culture shift. I had never seen a running shoe with a metallic silver 3M colorway, and to me, the Silver Bullets signified a glimpse into the future of footwear,” he says. 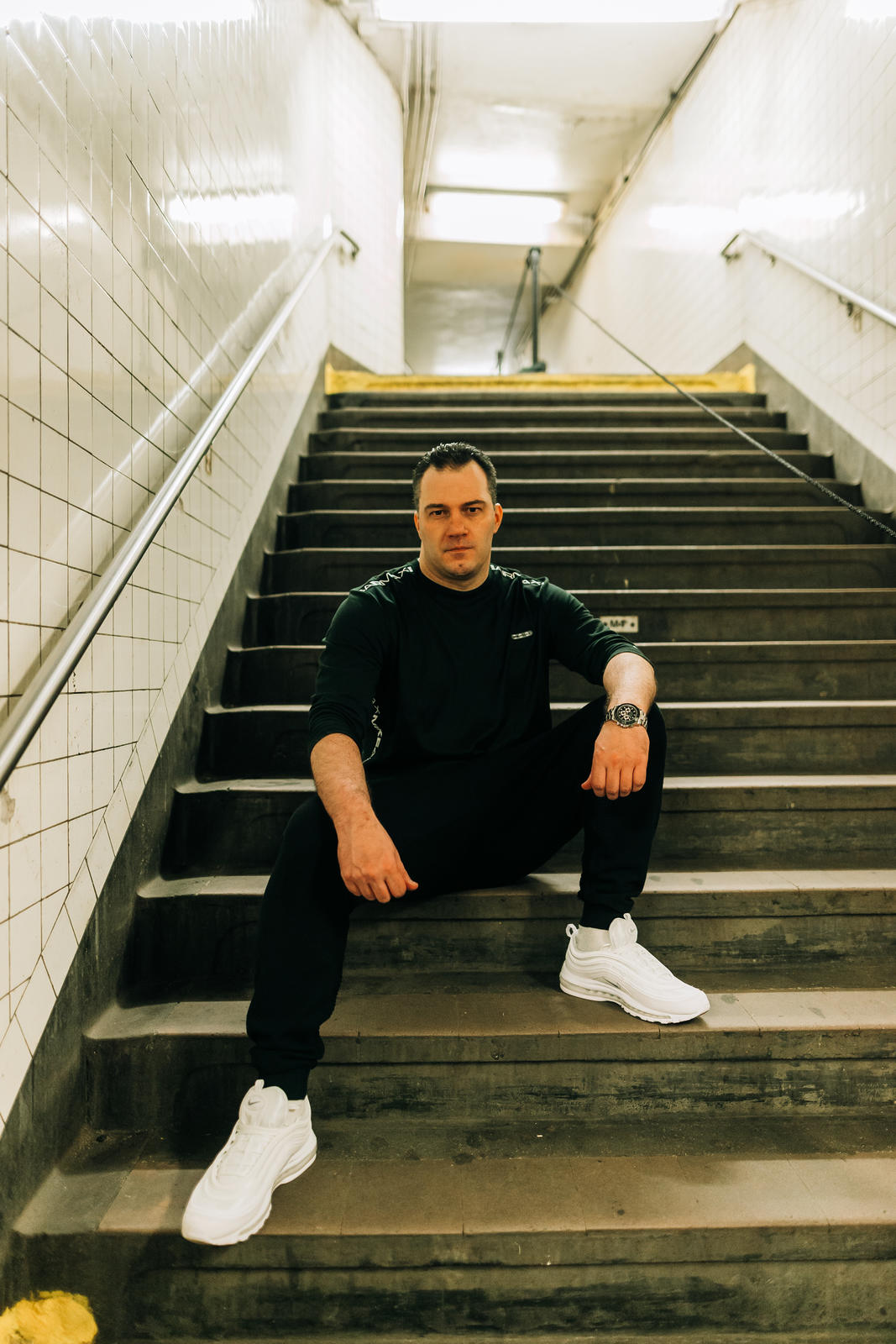 Nowhere was the synthesis of tech and style more evident than within New York’s graffiti scene. "You could tell if someone wrote by the way that they dressed, and Air Max 97s were part of the uniform... If I saw someone in a pair of 97s and a Gore-Tex jacket, I'd ask 'em what they write, not if they write," explains Meyhem Lauren of NYC's Smart Crew.

The AM97 also found its way into the fashion industry wardrobe (which was enjoying a period of experimentation in advanced fabrics), popping up on set and backstage. "It was a tremendously popular sneaker, a lot of people started wearing it on set," remembers photographer Christian Witkin.

Whether paired with high-tech outdoor gear or luxury sportswear, the AM97 simultaneously helped connect and define New York City’s subcultures. “When you were riding the train you would see that look a lot,” says techno pioneer Joey Beltram. “It was just the right amount of different ...it fit in with what was going on in NYC,”

With the 20th anniversary of the Air Max 97 on the horizon, the now iconic silhouette still resonates. That metalic pop and full-length Air still offers just the right level of distinction and once again is finding a regular place on the city’s subway lines.