The Italian Connection: “Le Silver” and the Making of an Icon 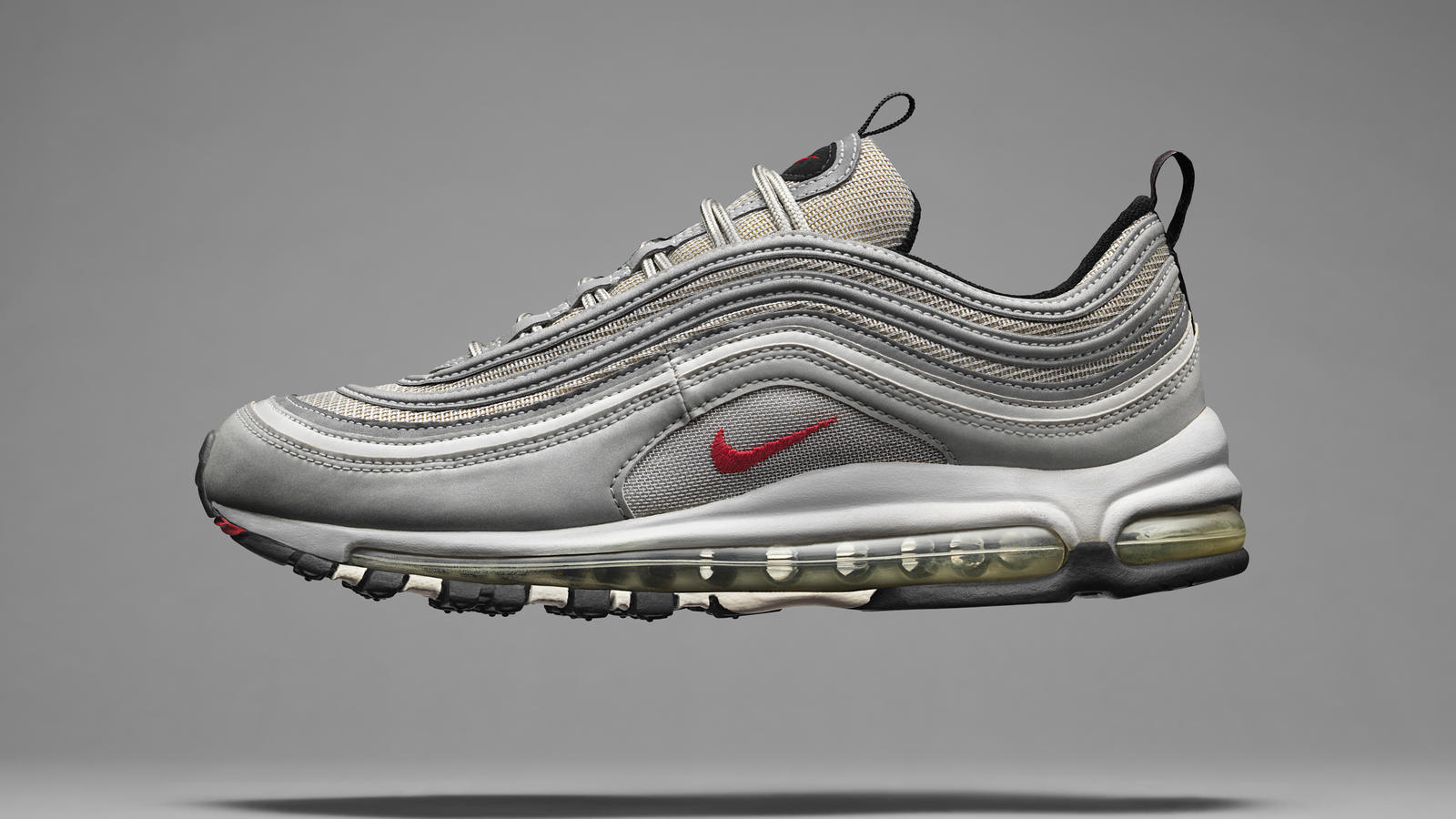 Since the first Visible Air design debuted in 1987, the Nike Air Max line has been a bestseller. Despite the worldwide success story, some installments resonate more strongly in specific regions — developing deep cultural and emotional connections to that place. For example, the Air Max 97 shines a little brighter than its successors or predecessors in a country famed for its art, culture and appetite for innovation.

After its 1997 introduction, the shoe became an unofficial part of Italy’s wardrobe when a countrywide craze for “Le Silver” blossomed. 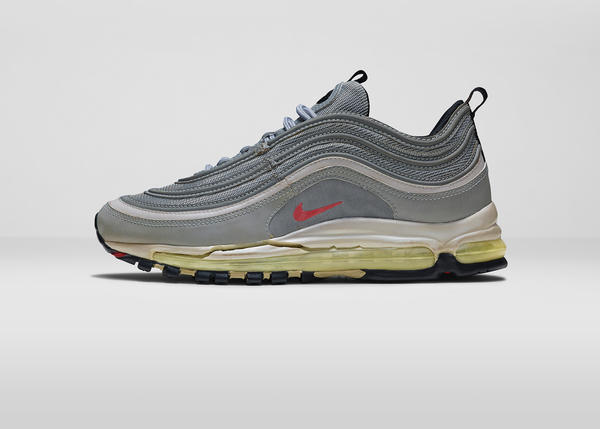 That phenomenon grew from a variety of subcultures bubbling in big cities like Rome, Milan and Naples before spreading to the nation’s smaller towns and villages. From club culture to graffiti to the catwalk and beyond, desire for the Air Max 97 transcends age and gender.

While some booms burn out after a few seasons, the Air Max 97 hype maintained in Italy for close to a decade — and still sizzles under the surface. Its ostentatious shine, sleek lines, gleaming vehicular-style ventilation and introduction of the Total Max unit’s full-window cushioning fostered a mass appeal that still endures.

With the 20th anniversary of the Air Max 97 looming — and with more Italy-exclusive celebrations to follow last November’s limited rerelease  — some of those who were there from the start share their memories and thoughts on the now iconic silhouette.

MICHELA GATTERMAYER, EDITOR-IN-CHIEF, ELLE (1989-2004)
I have to admit that I first found them horrendous. But that kind of fascinating horrendous: brutto-bello. Freaks. Their aesthetic was totally outside of our visual vocabulary. At the time sneakers were worn very infrequently in fashion.

In any case I began to wear them, these silver shoes, because first of all because I love the chunk shapes of hiking boots, and the silvers seemed to be a pair of sort of space-age hiking boots. A fantasy of what space hiking might be like...

The silvers were so strange, so far outside of the canons what we were used to looking at and understanding, that you were able to wear them with everything. They had no known rules attached to them so you could do whatever you wanted with them.

SHA RIBEIRO, PHOTOGRAPHER
As a graffiti writer it was cool because you could get a photo taken of yourself with a flash in front of a piece in a tunnel and you’d be all covered up but there was a crazy glare coming from your shoes. They made you feel like you were doing some space age stuff when you went out at night.

RICCARDO BALLI, DJ
I can remember that you had kids turning up wearing AM97s for both the hip-hop and the hardcore nights. As an observer from the decks I thought that the AM97s were much better suited to the hardcore scene where everybody had a very clean look, was very aerodynamic, with their shaved heads and 180 + BPM music and their whole cult of synthetic velocity.

I remember looking out at the crowd of Italian gabbers dancing wearing silvers and being instantly reminded of Italian Futurists — the first real avant garde group of the 20th century — and their descriptions of New York, which more than descriptions of a city with manifestations of how Italians viewed the future. And I remember thinking how perfectly this Nike shoe meshed with the particular flavor of Italy’s love for the future, which seems to have remained identical, in the nation’s DNA, for over one hundred years.

More of these annecdotes are collected in Milan-based art magazine and agency KALEIDOSCOPE's new book, Le Silver: An Italian Oral History of the Nike Air Max 97 by Lodovico Pignatti Morano. Designed by the magazine’s art director, Mirko Borsche, is limited to 600 copies and prior to arriving at select retailers in late April, is available now from KALEIDOSCOPE‘s online store.