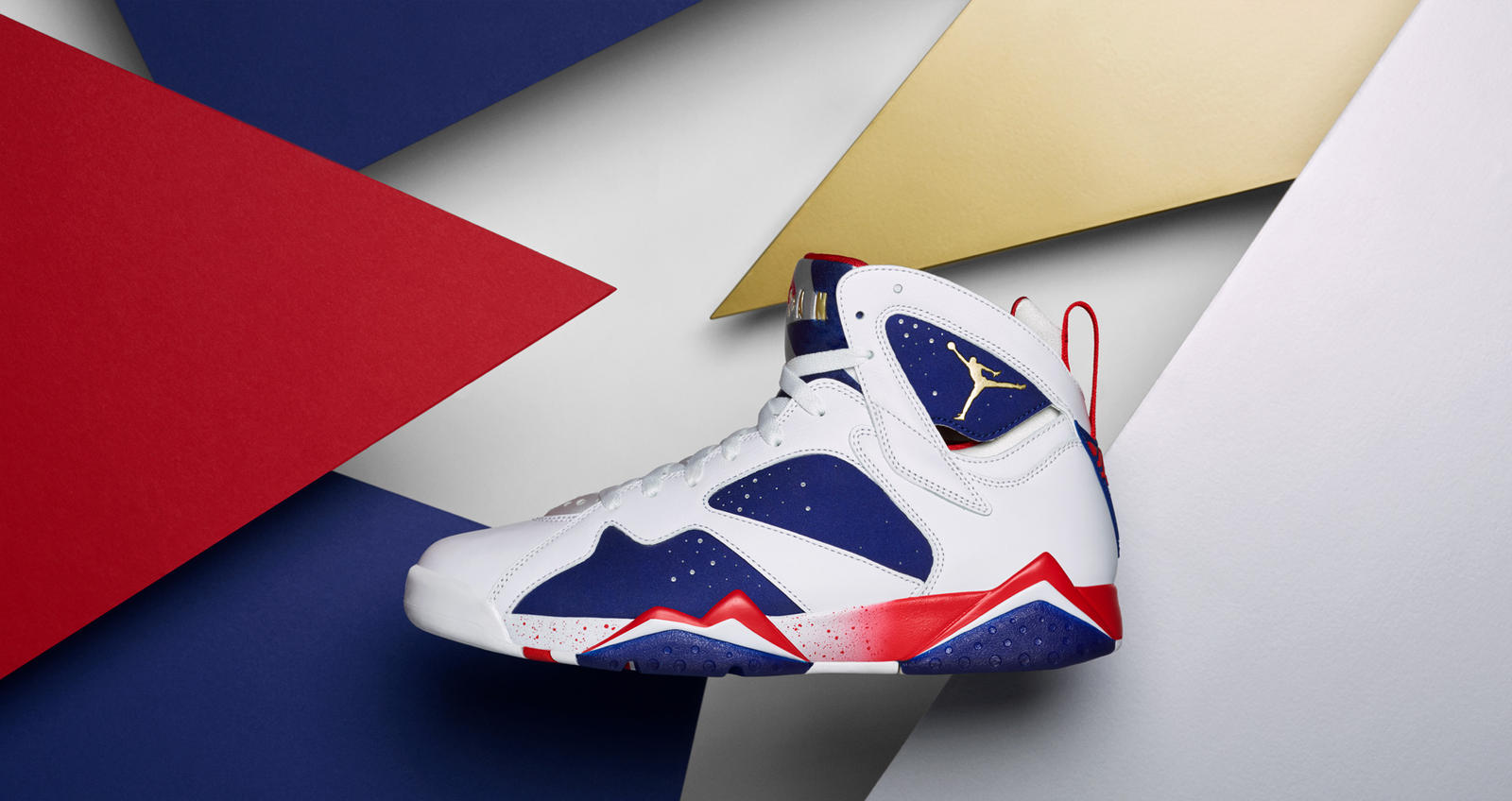 In the archives of Jordan lore, game-winning shots and gravity-defying dunks sit alongside banned shoes and bold, era-defining aesthetics.

1992’s Air Jordan VII is emblematic of this truth. Jordan won his third MVP award, took his second title and claimed a second gold medal in the shoe. With its design, Tinker Hatfield initiated some firsts: removing the Nike Air branding visible on the previous six Jordan models and adding a neoprene Huarache bootie for support. Hatfield also sought to add a new, more international flare to the line through the incorporation of a fresh geometric pattern inspired by a poster for the long-running Afropop Worldwide radio program.

“To make a long story short: I stopped in my tracks, saw the poster and thought ‘That’s it,’ that should be the inspiration for the next pair of Jordans,” remembers Hatfield.

The resulting graphic, featured on the tongue and sole unit of three of the five original colorways, captured the cultural spirit of the early ’90s and furthered Jordan’s crossover appeal — from athlete to cultural icon. His appearance in the 1992 Barcelona Games initiated the fourth iteration, a toned-down white with navy tongue and silver accents, which translated the aforementioned pattern with a patriotic red, white and blue mix. 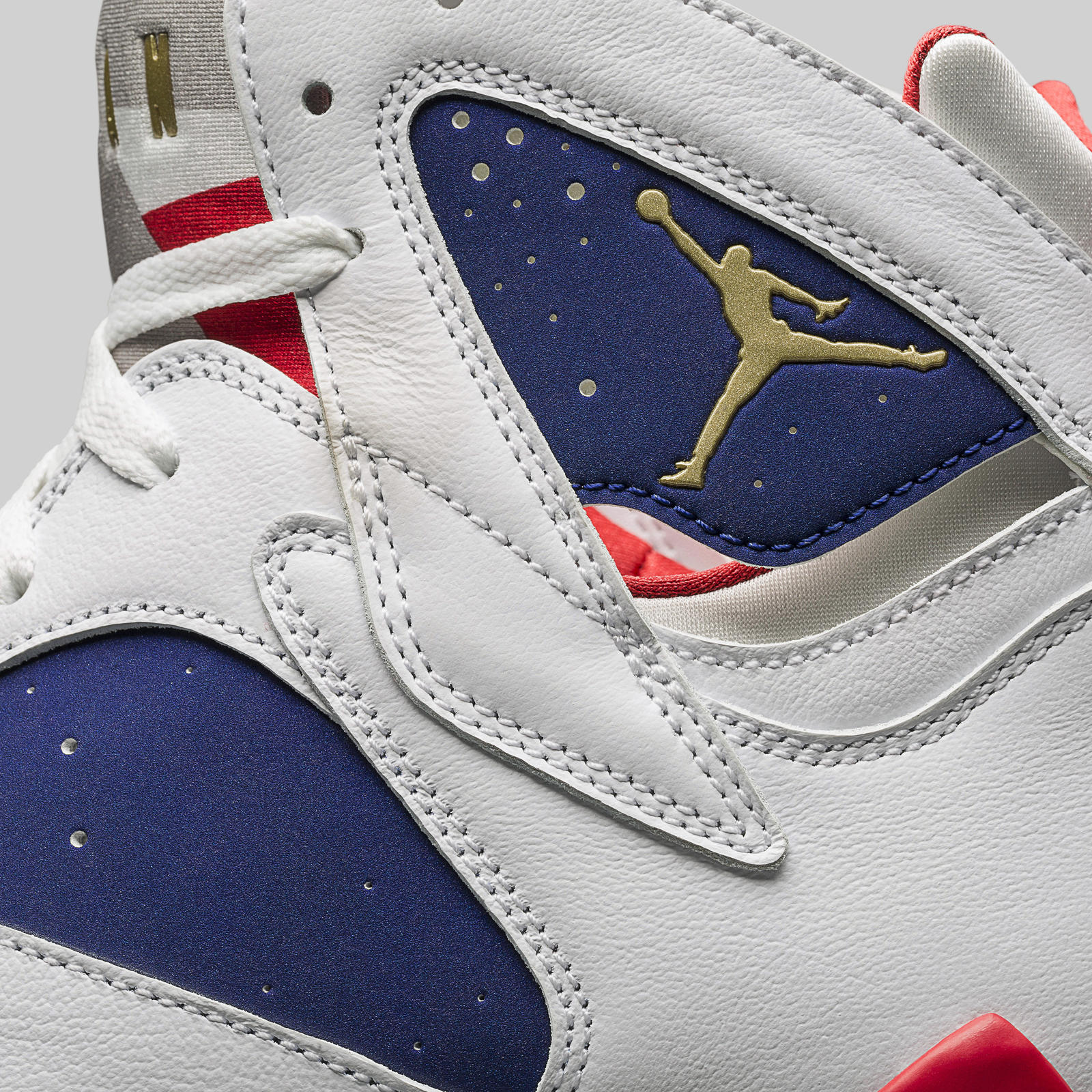 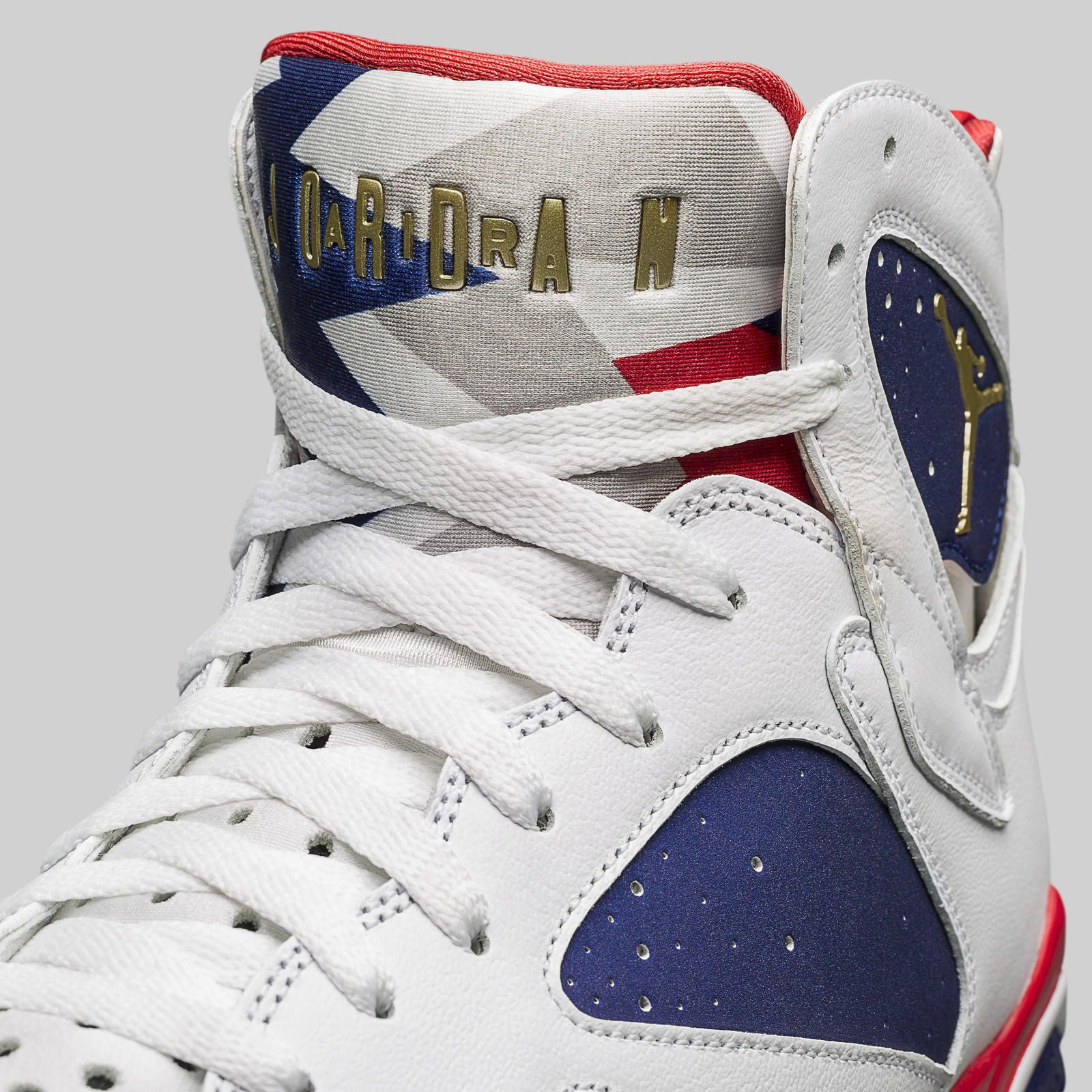 “This one was in the works for a while,” says Hatfield of the patriotic basketball version of the Air Jordan VII. “I did one that was more white based and one that was much more contrasted. My recollection is that MJ thought the contrasted one was really cool. Ultimately, I left it up to him.” 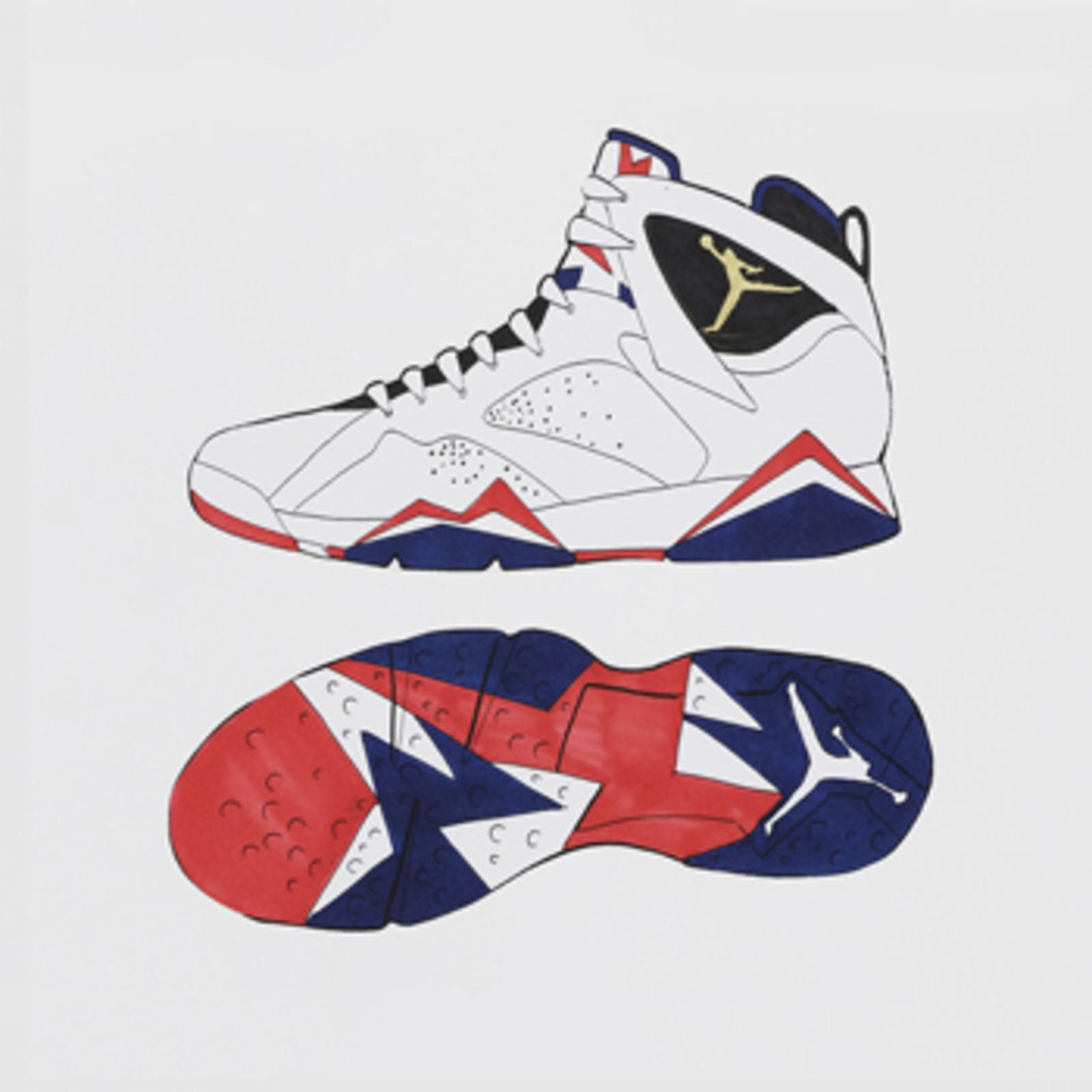 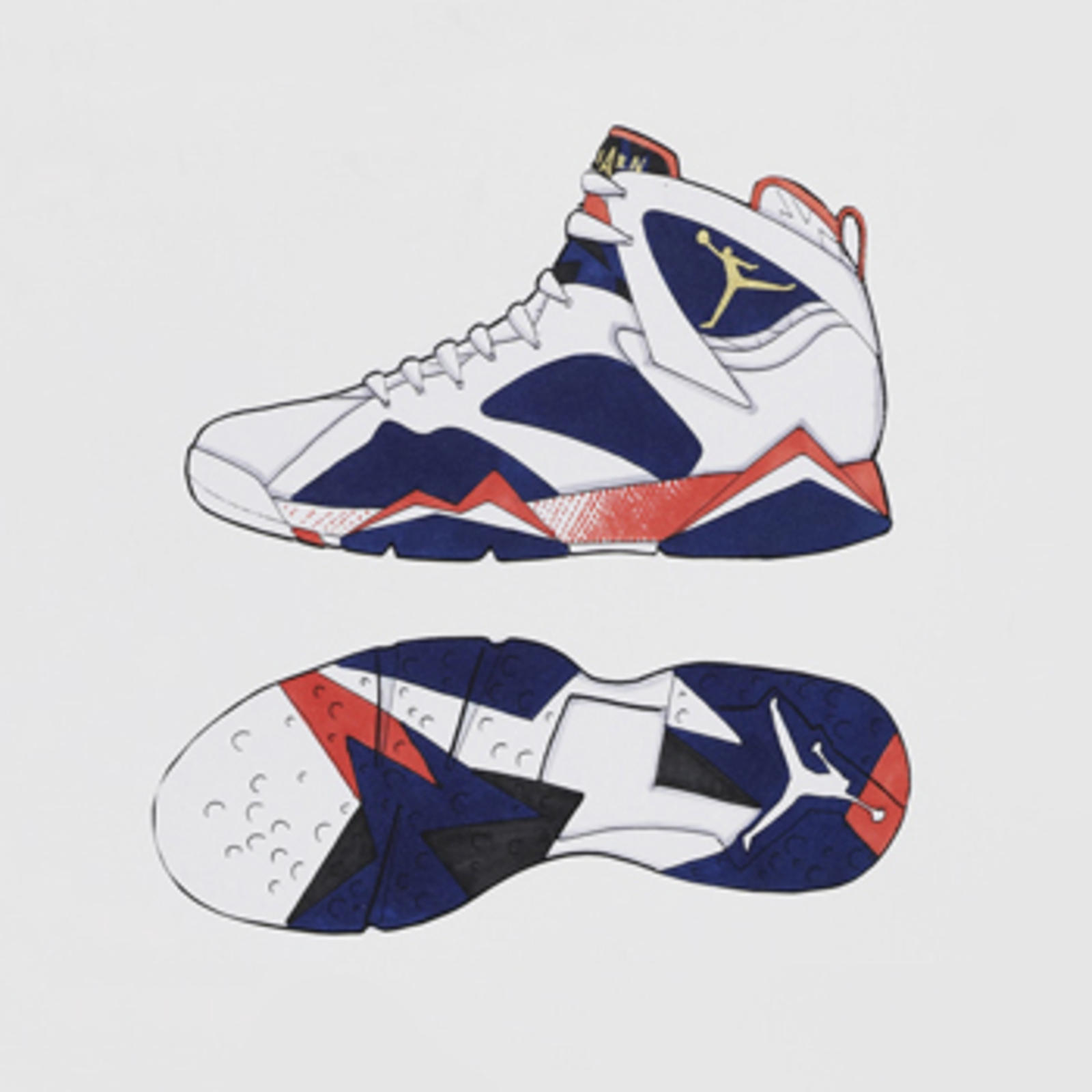 Jordan selected the white-based version. The alternate was relegated to the archives until now. 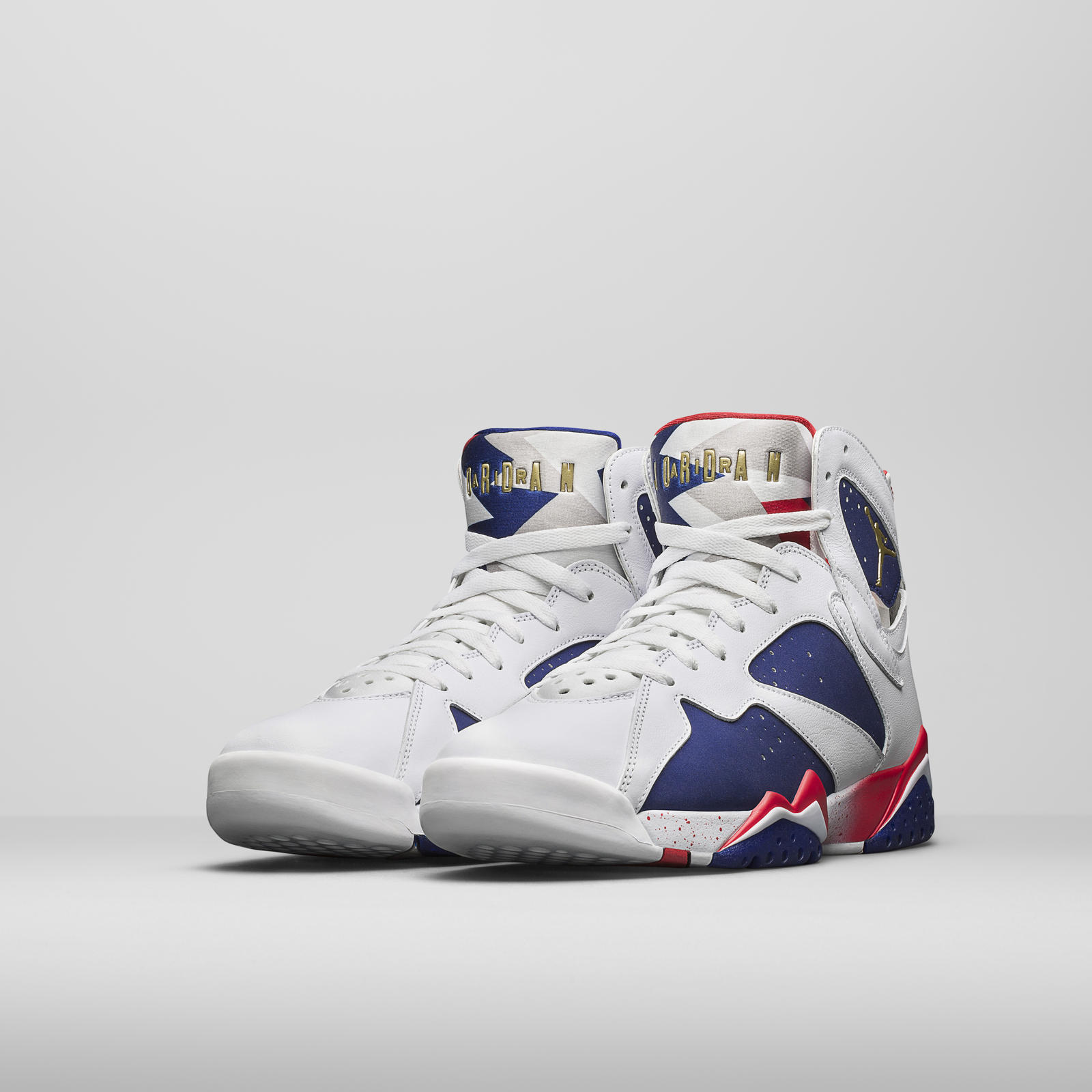 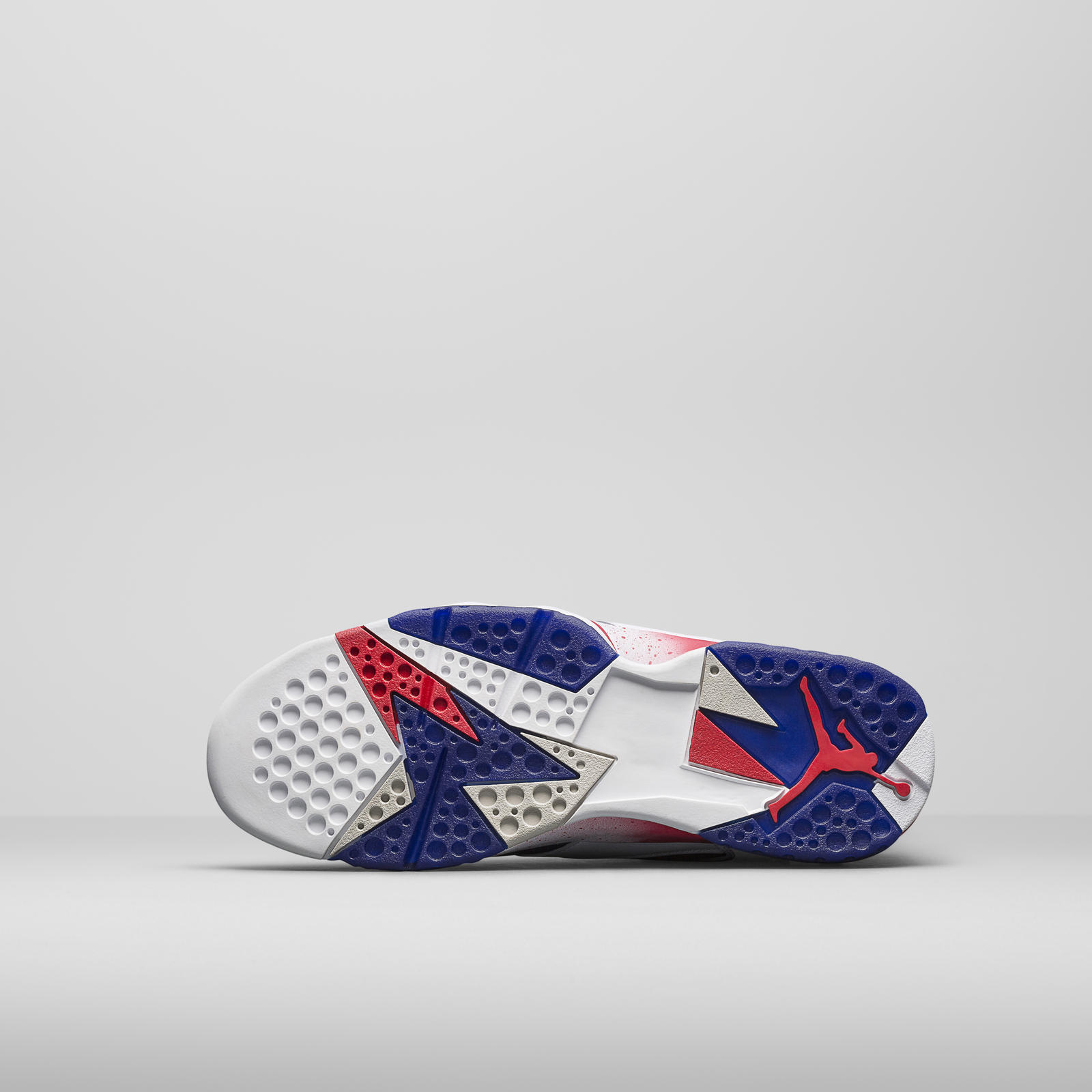 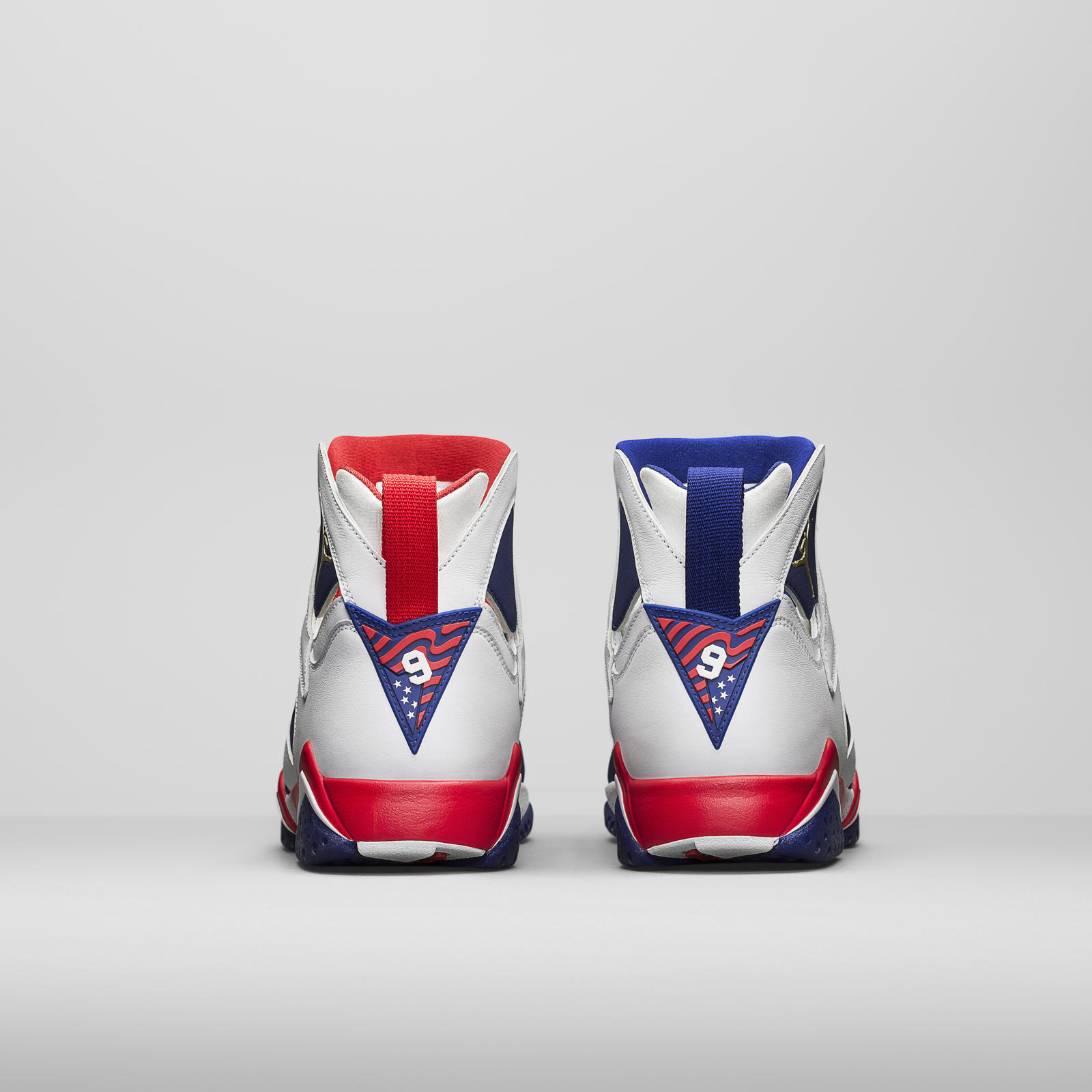 The Air Jordan VII Retro "Tinker Alternate" will be available in full family sizing on August 6. Stay tuned to Nike News and @Jumpman23 on Instagram and Twitter for more information on Jordan Brand product launches.