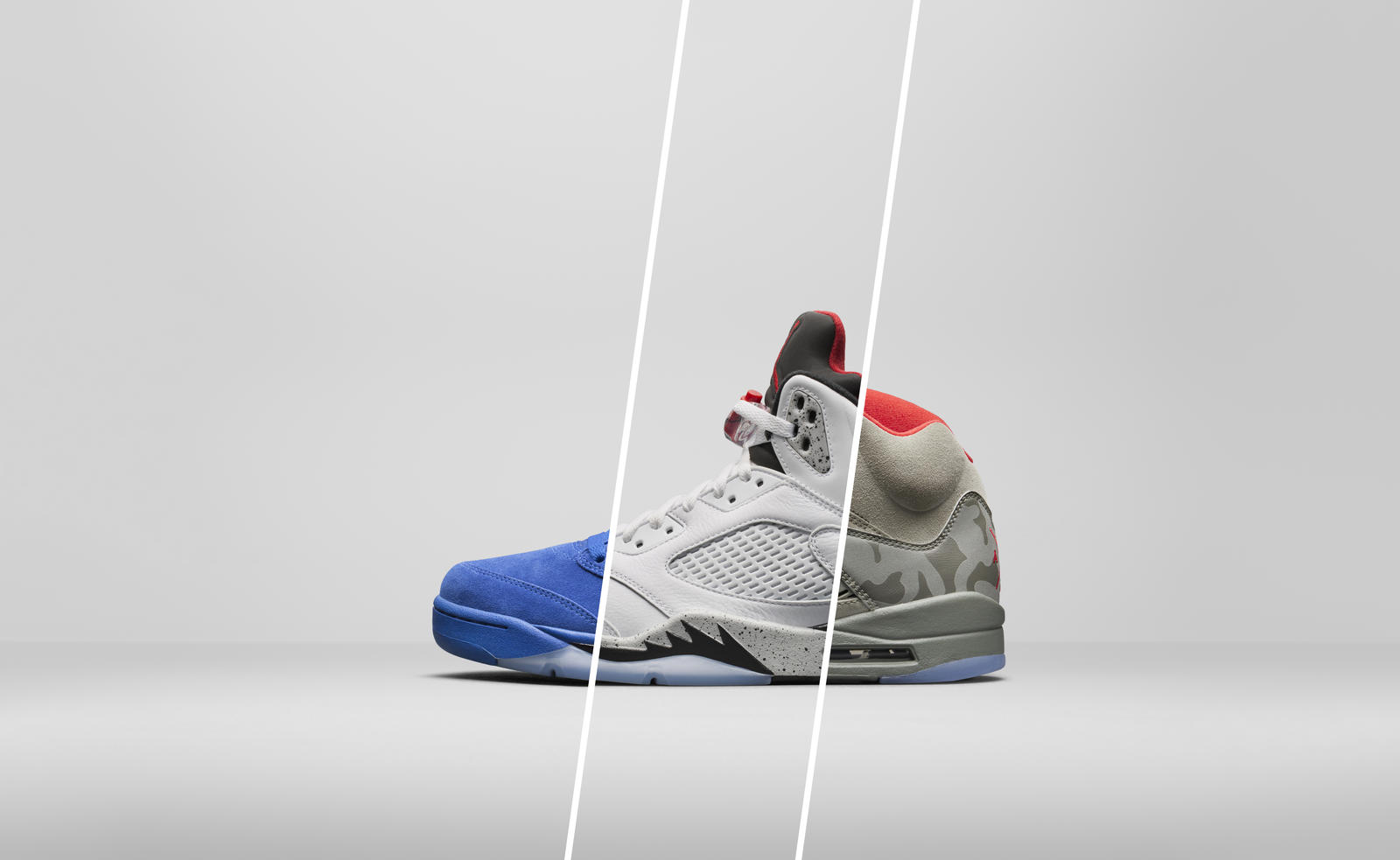 Inspired by Michael Jordan’s high flying dunks, the Air Jordan line is deeply rooted in the idea of flight. First it was spelled out on the Air Jordan IV tongue, and then it inspired the entire design of the V. Taking the flight inspiration up a notch up from its predecessor, the V channeled WWII fighter planes. From the shark-mouth art to its reflective tongue and exaggerated lace locks, the V was the perfect complement to Jordan’s tenacious style of play. 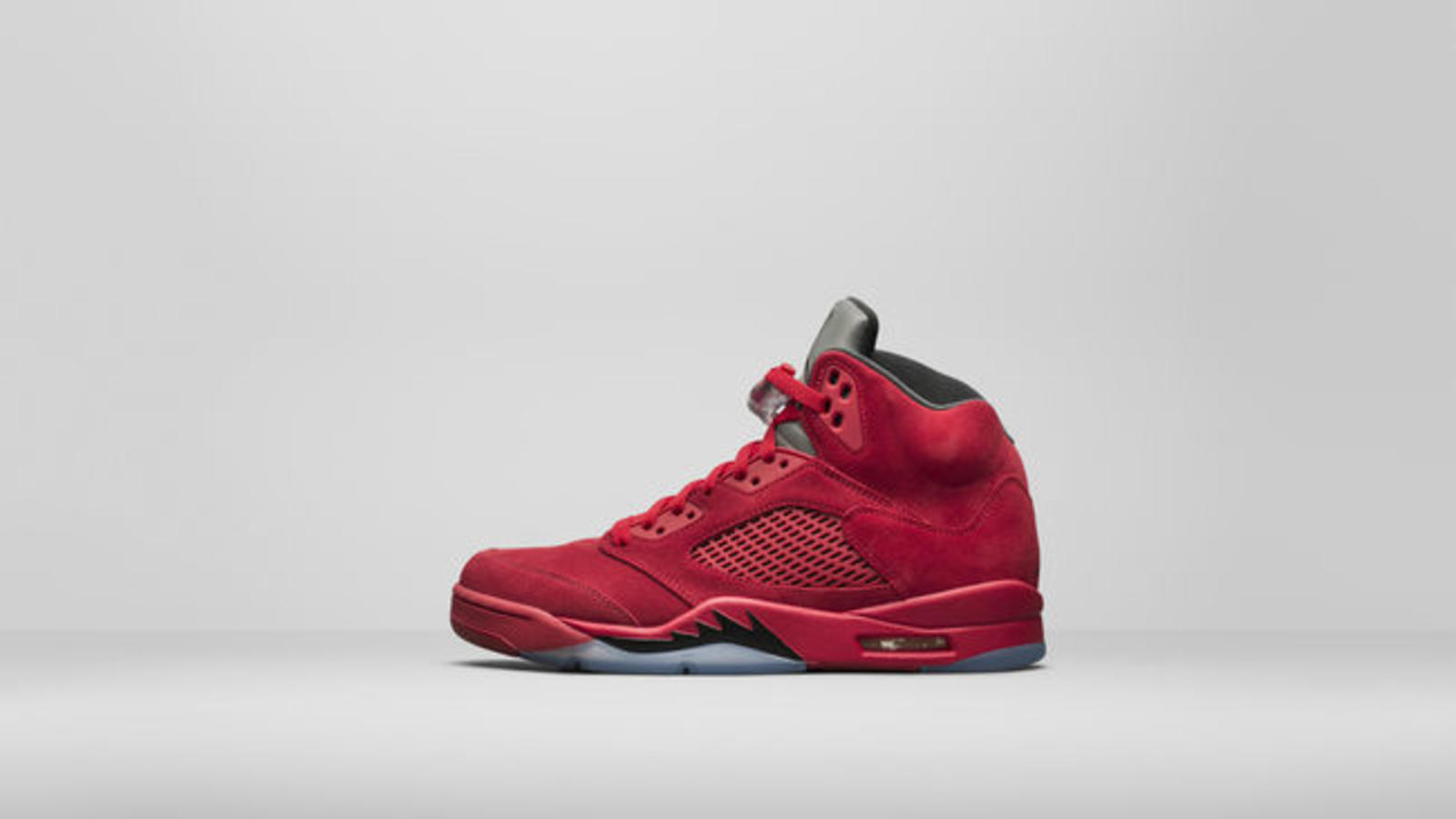 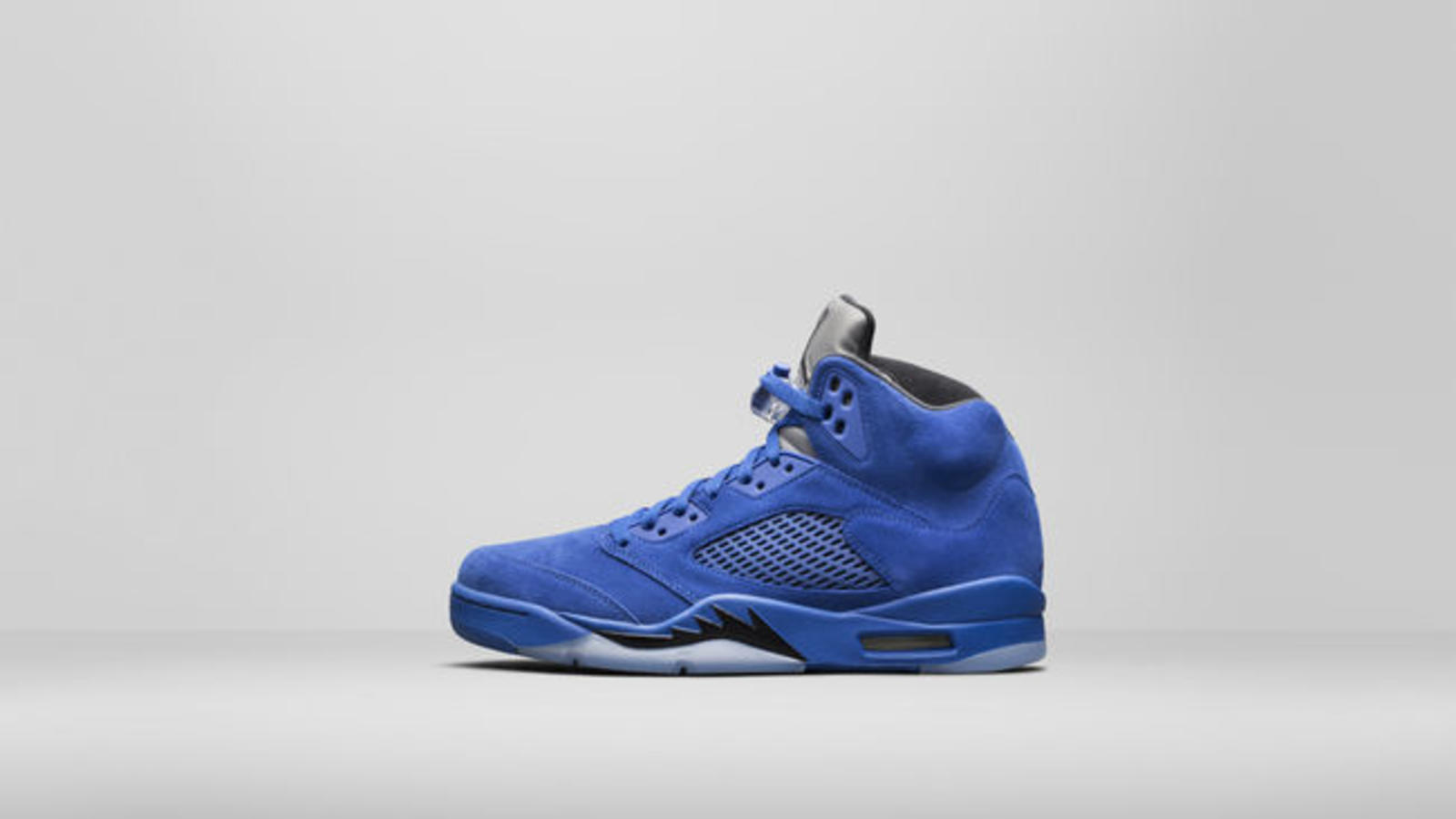 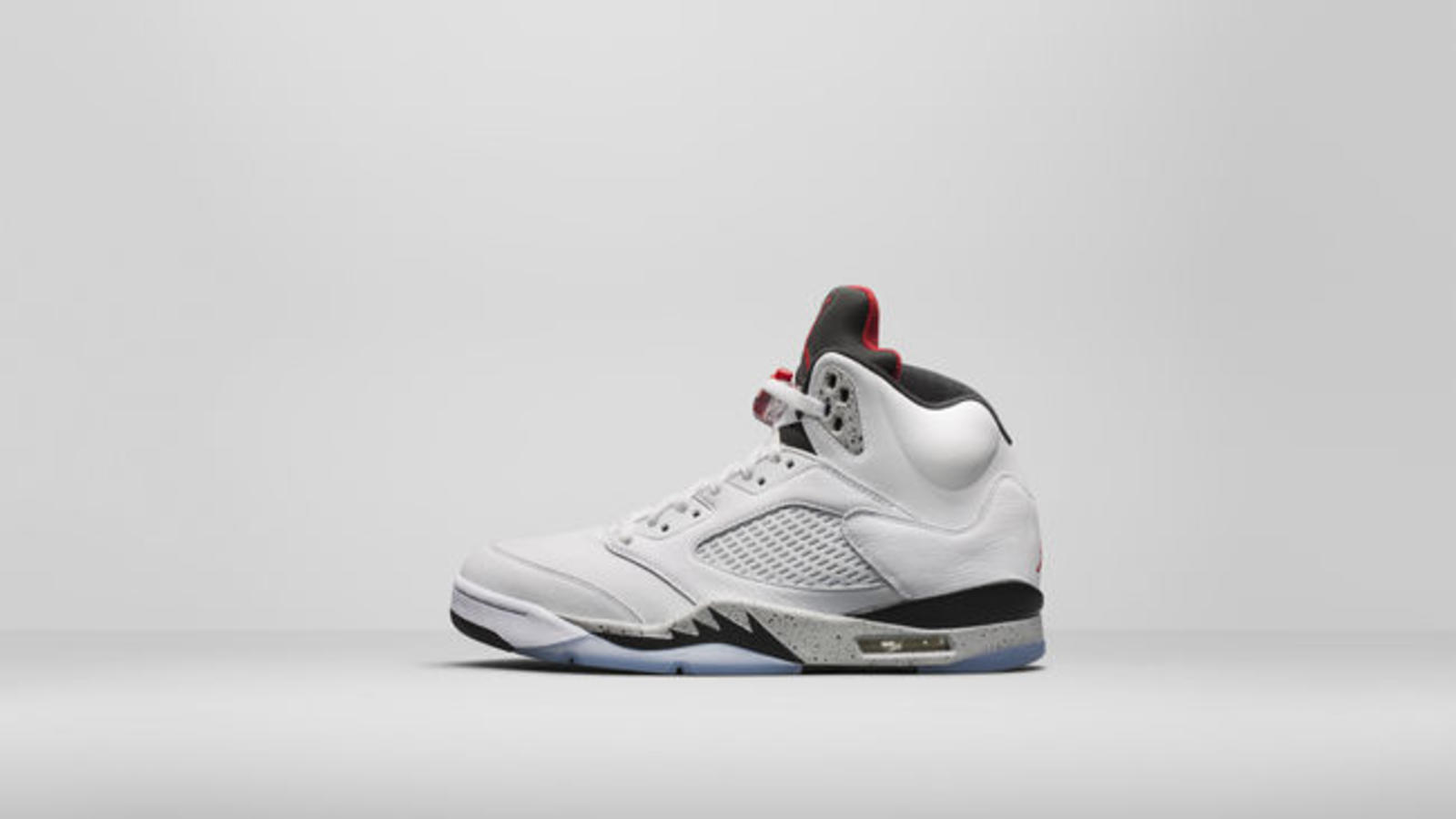 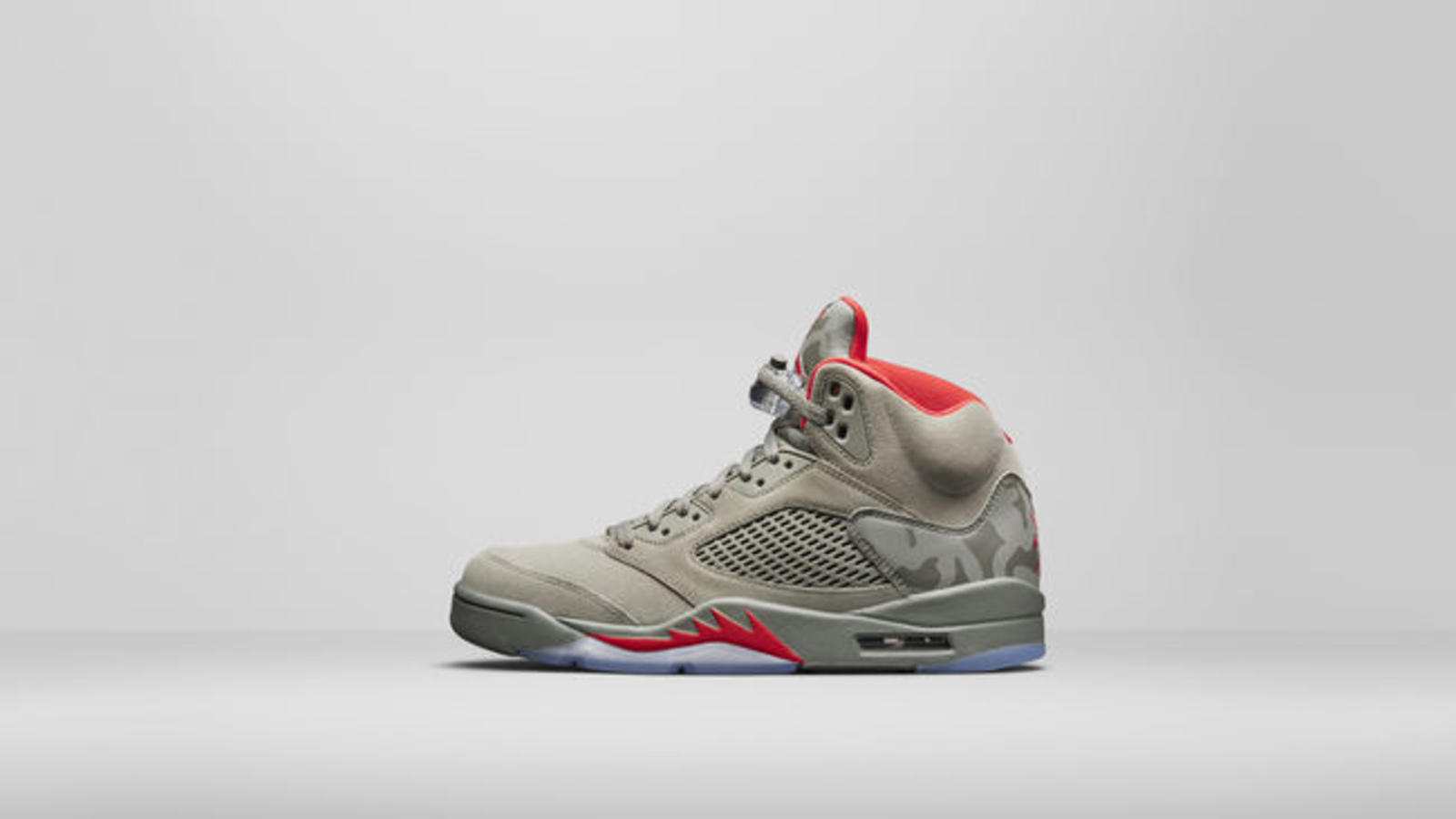 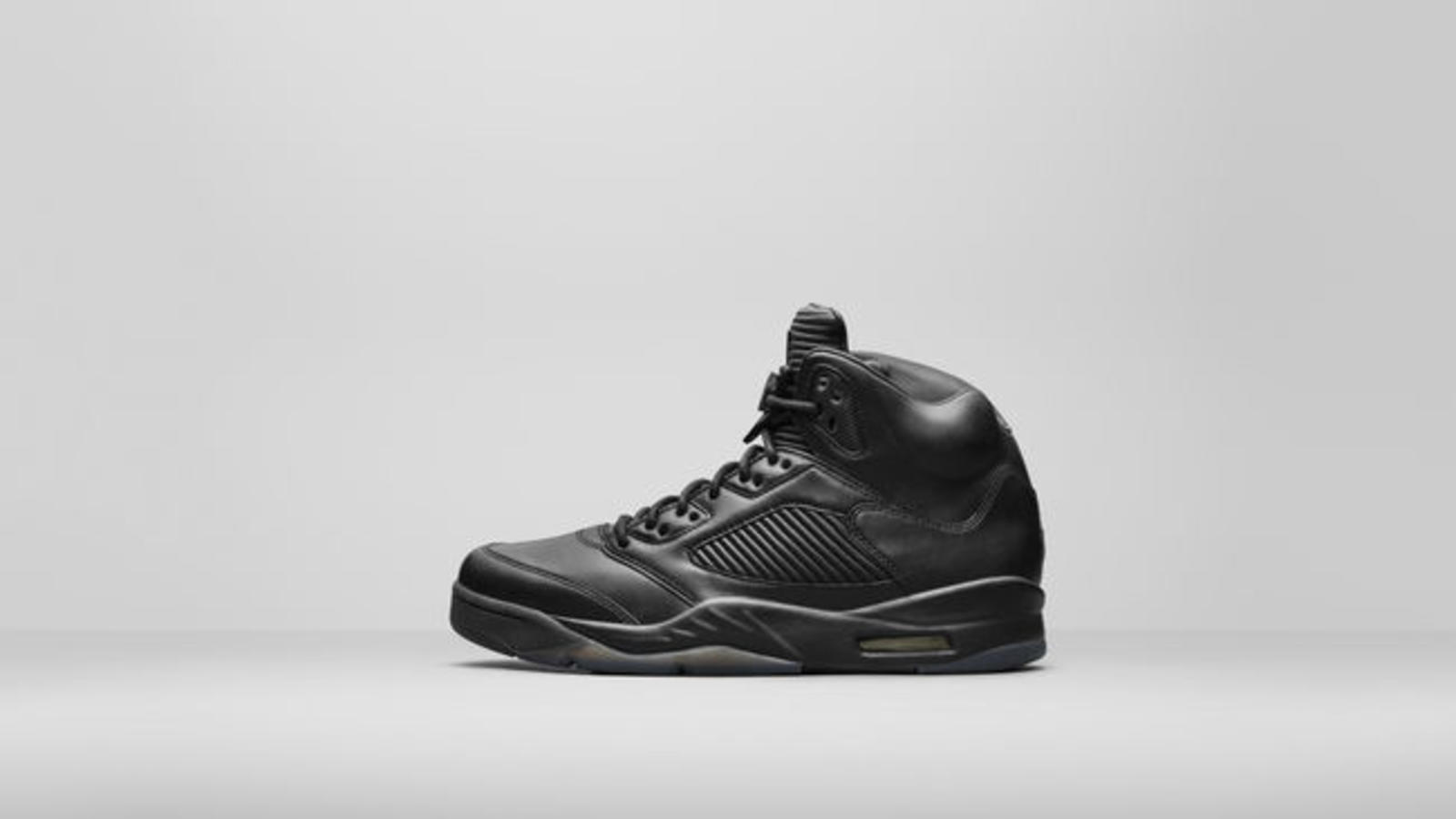 While the Air Jordan V quickly became a symbol for attacking the rim on the court, it represented being a different kind of fly off the court. Now, nearly two decades later, the first Air Jordan of the 1990s returns in five new colorways that continue to honor the spirit of flight. 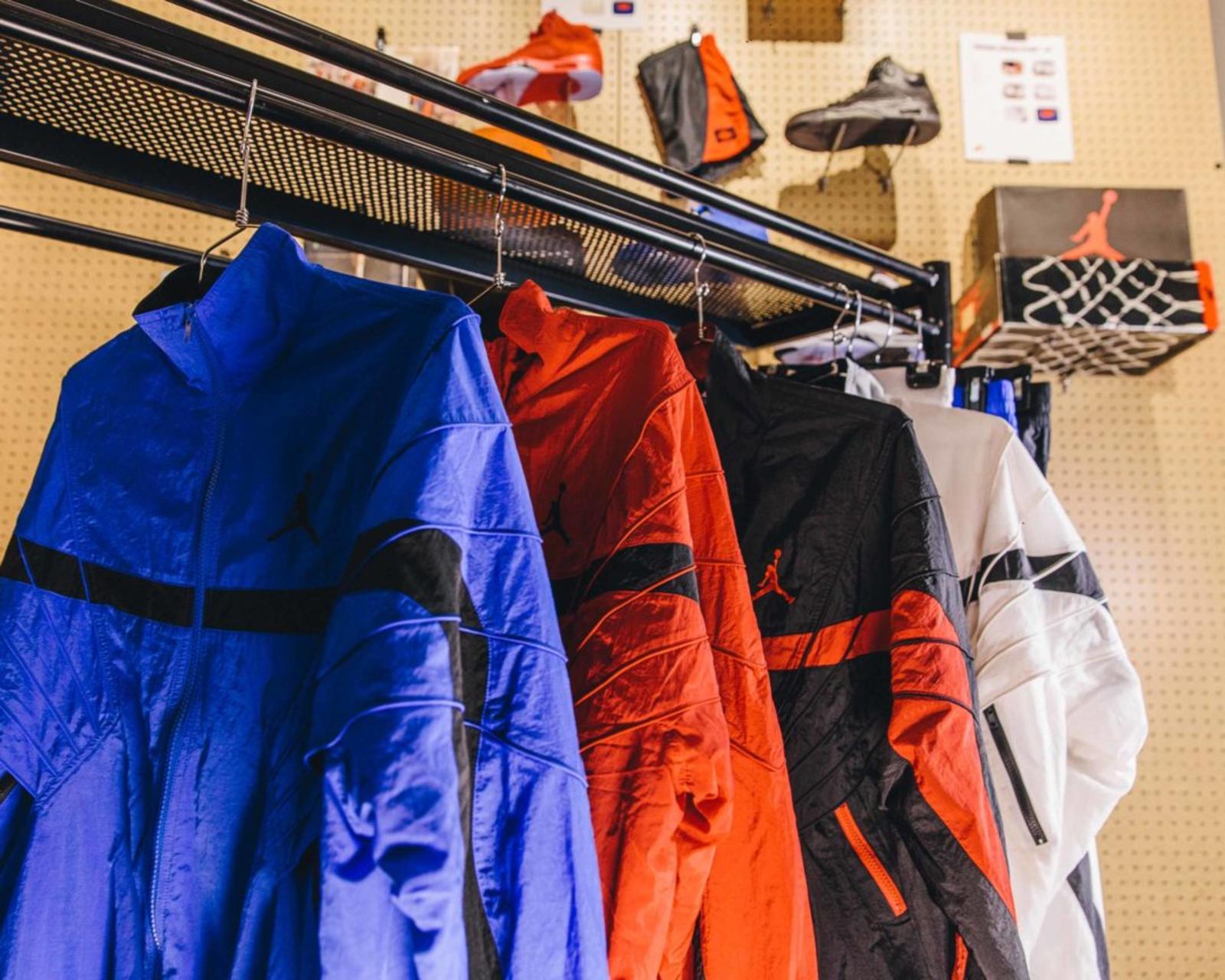 This season, the V returns and pays tribute to another trend that Jordan helped pioneer: the flight suit. Made famous during his rookie season, MJ’s iconic flight suits remained a staple throughout his career. Most notably, MJ favored the suits during now iconic photoshoots for the Bred and Royal Air Jordan 1s. 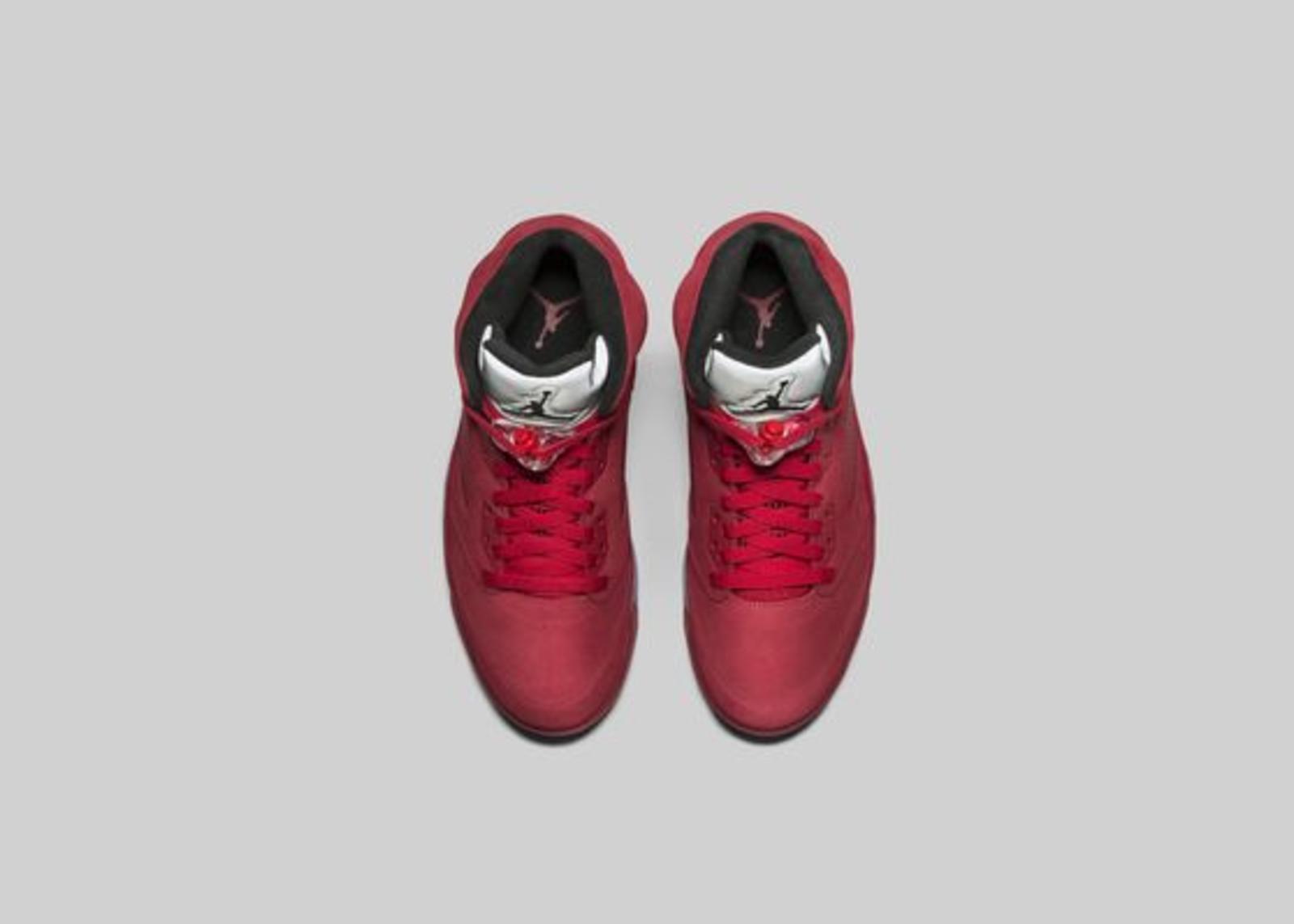 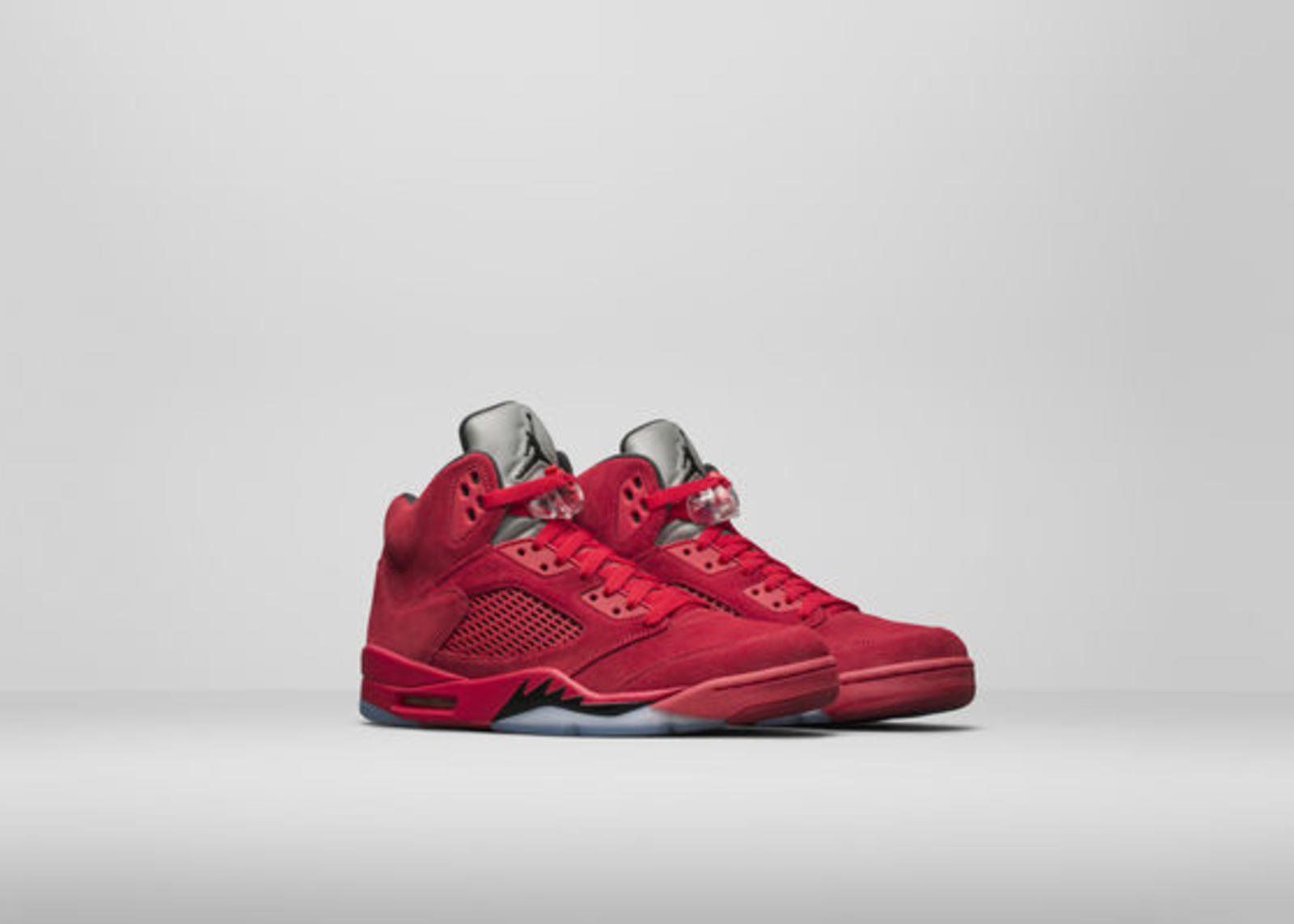 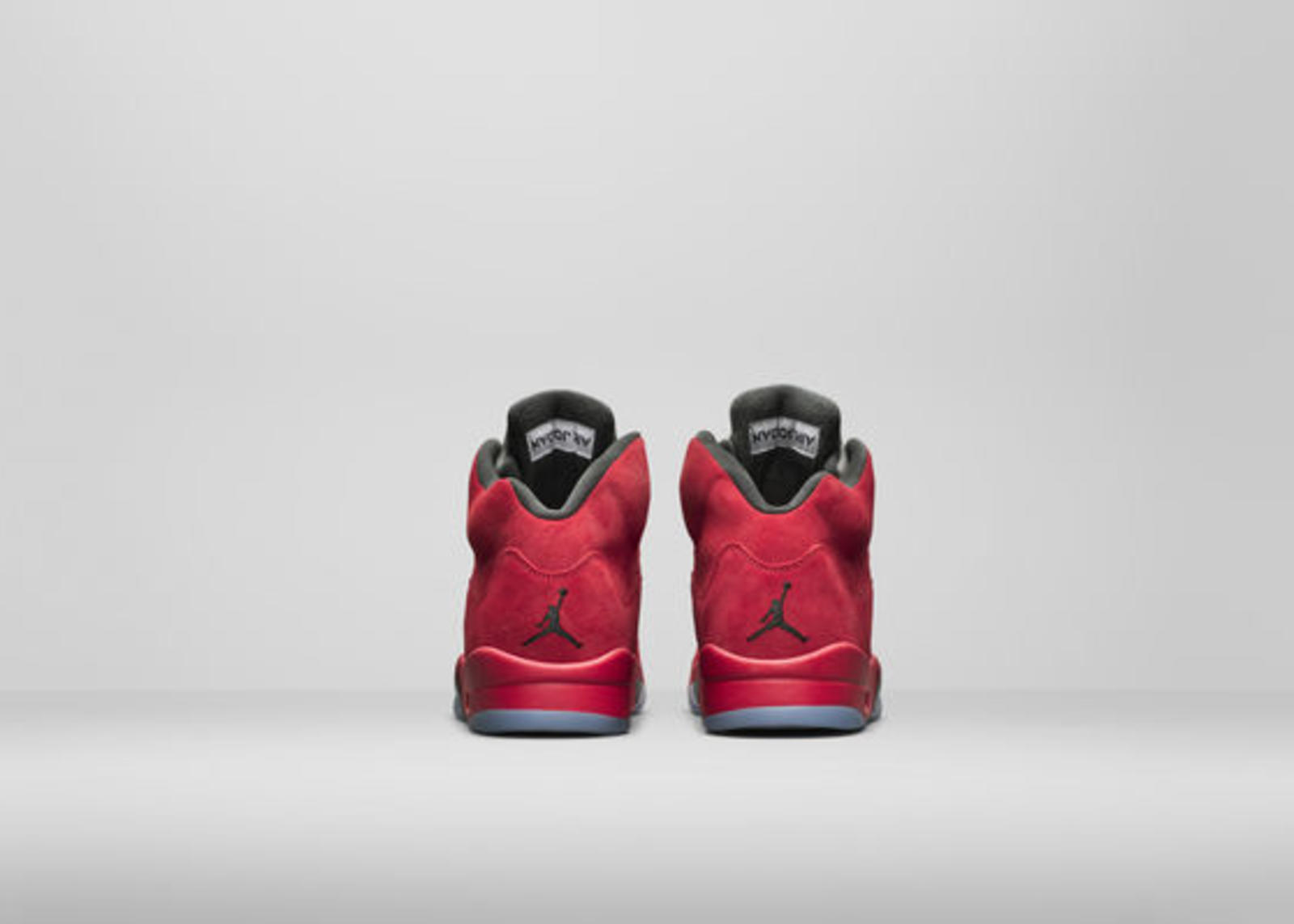 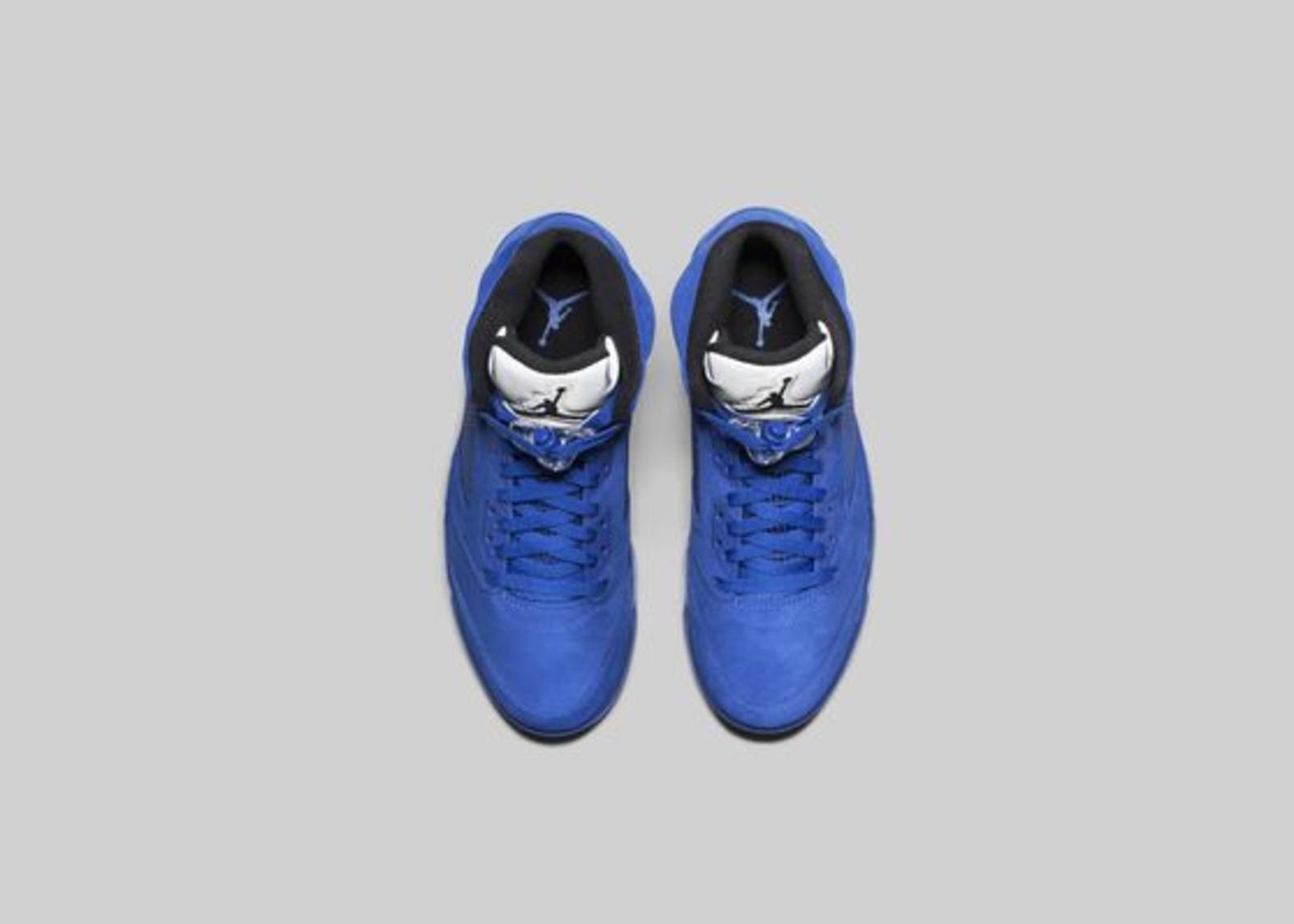 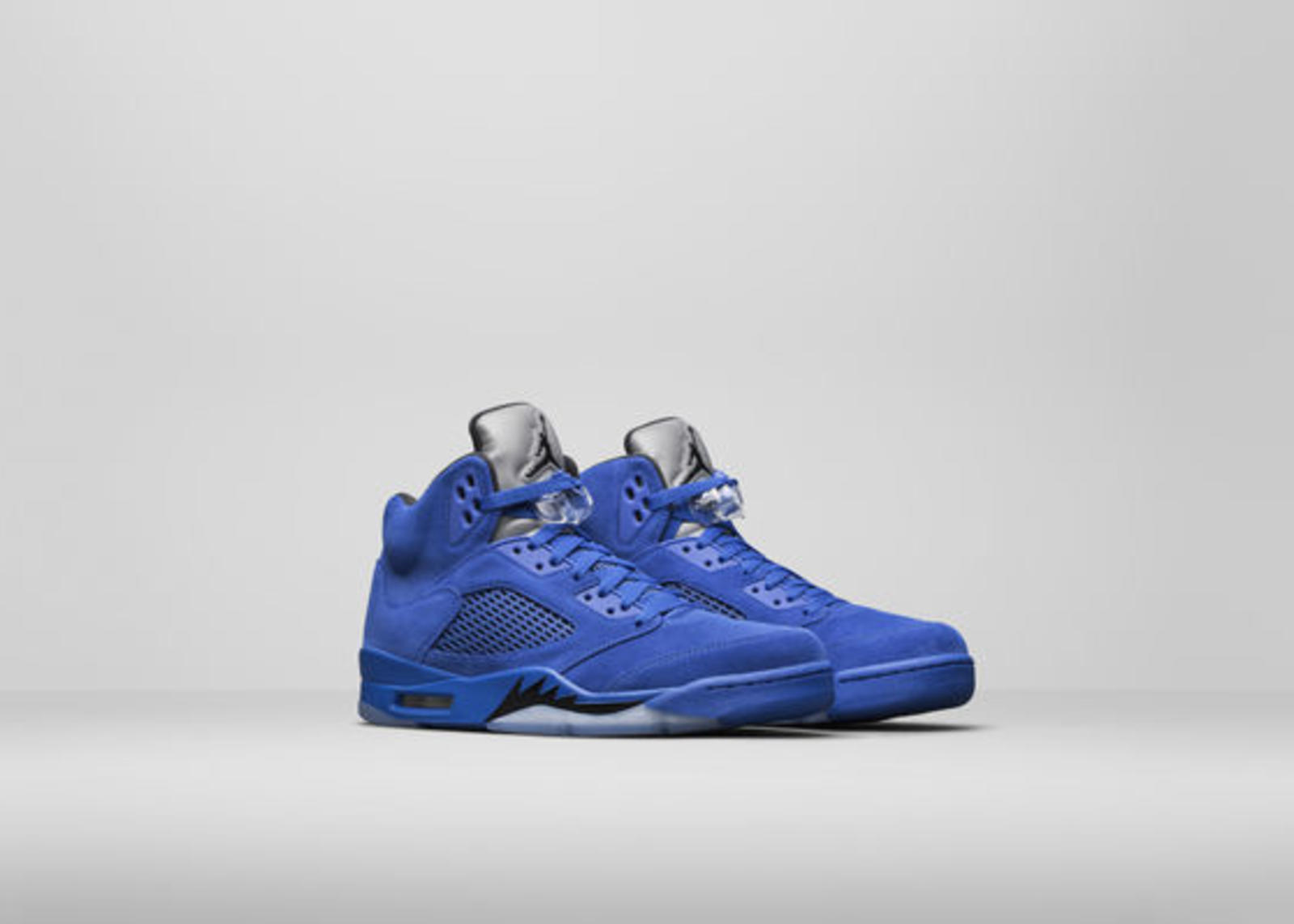 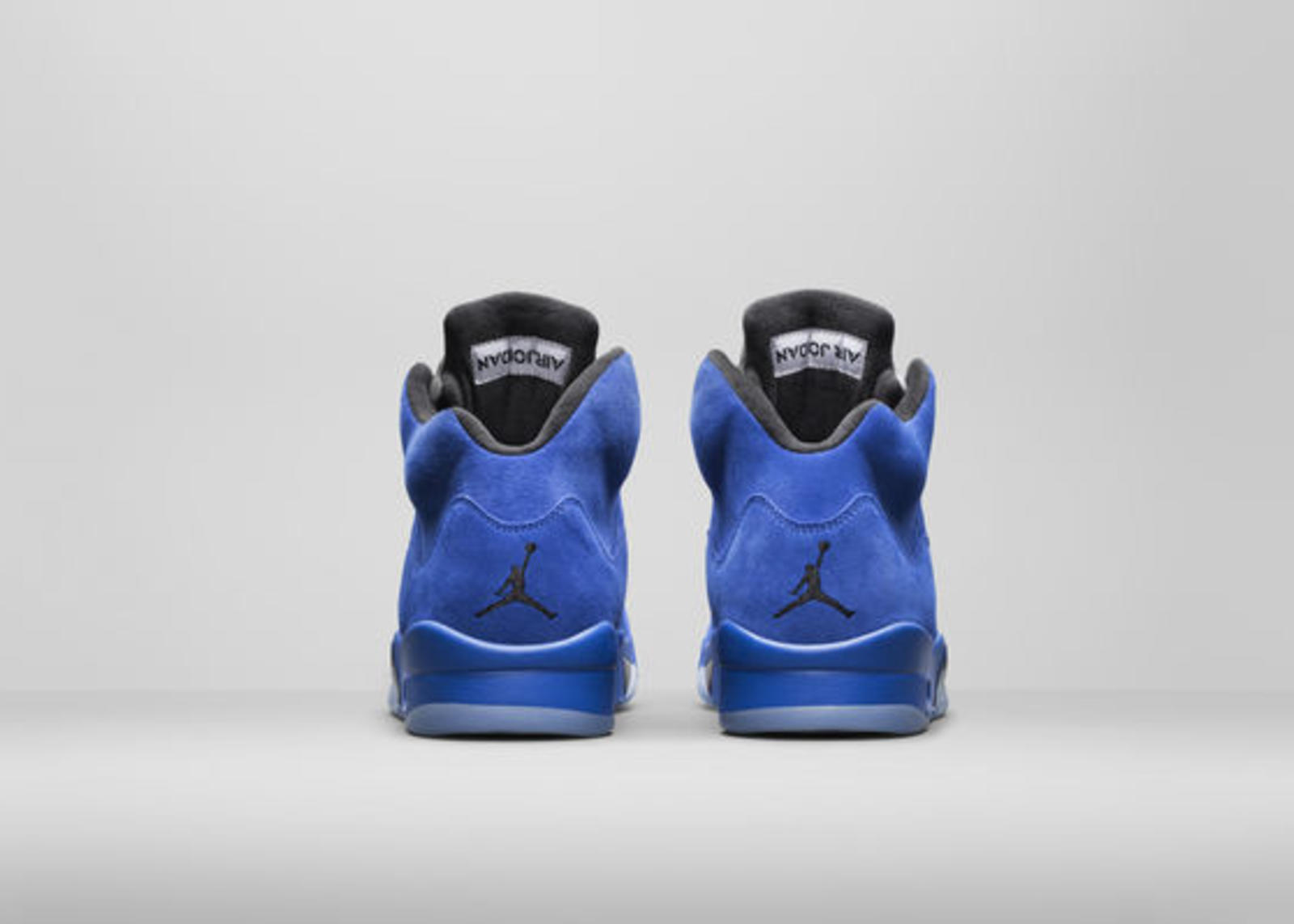 To honor the beginning of flight inspiration on Air Jordan models, the V adopts the iconic cement colorway from its predecessor. Mirroring the IV, this all new V colorway features classic cement splatter paired with white, black and red details. 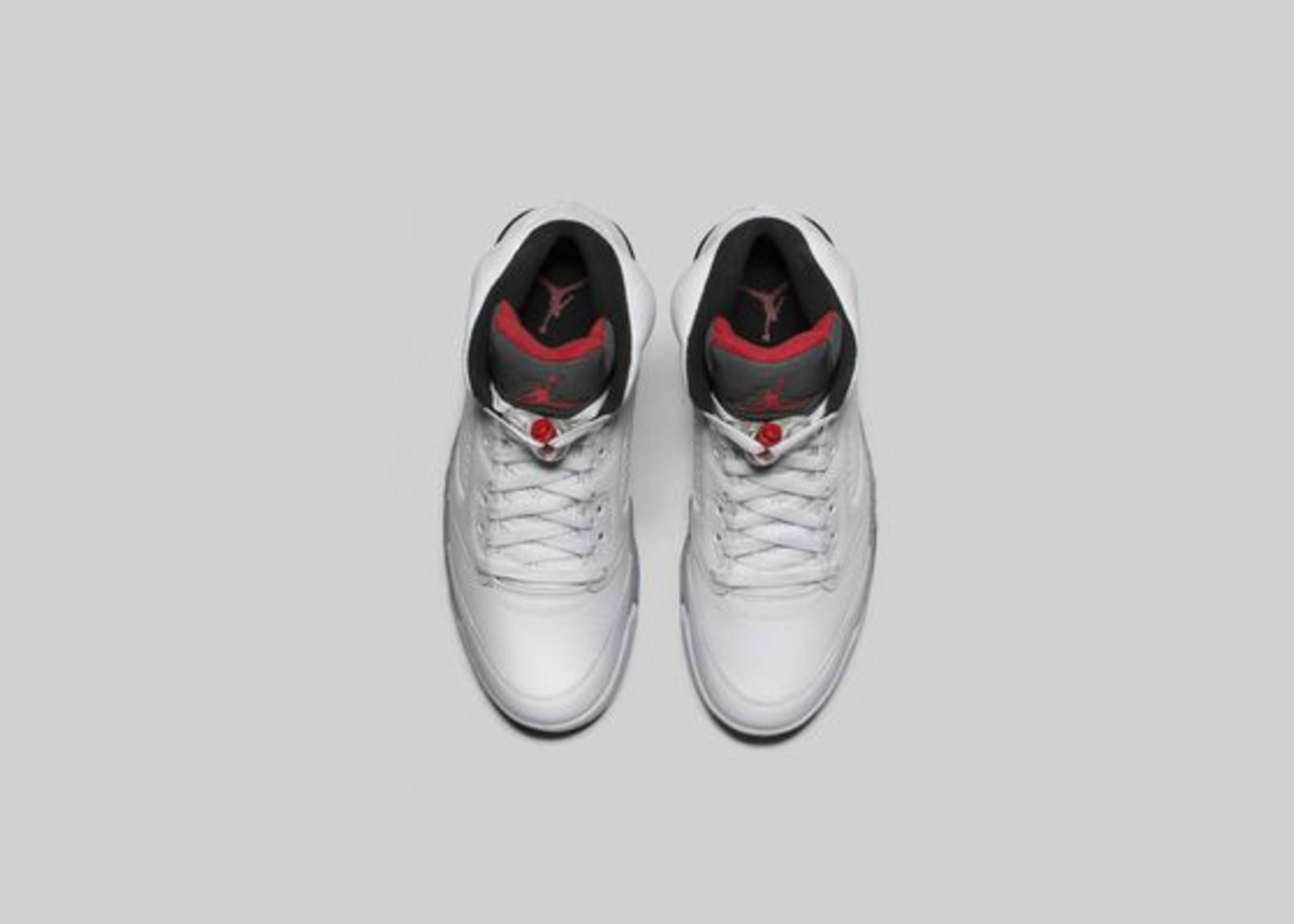 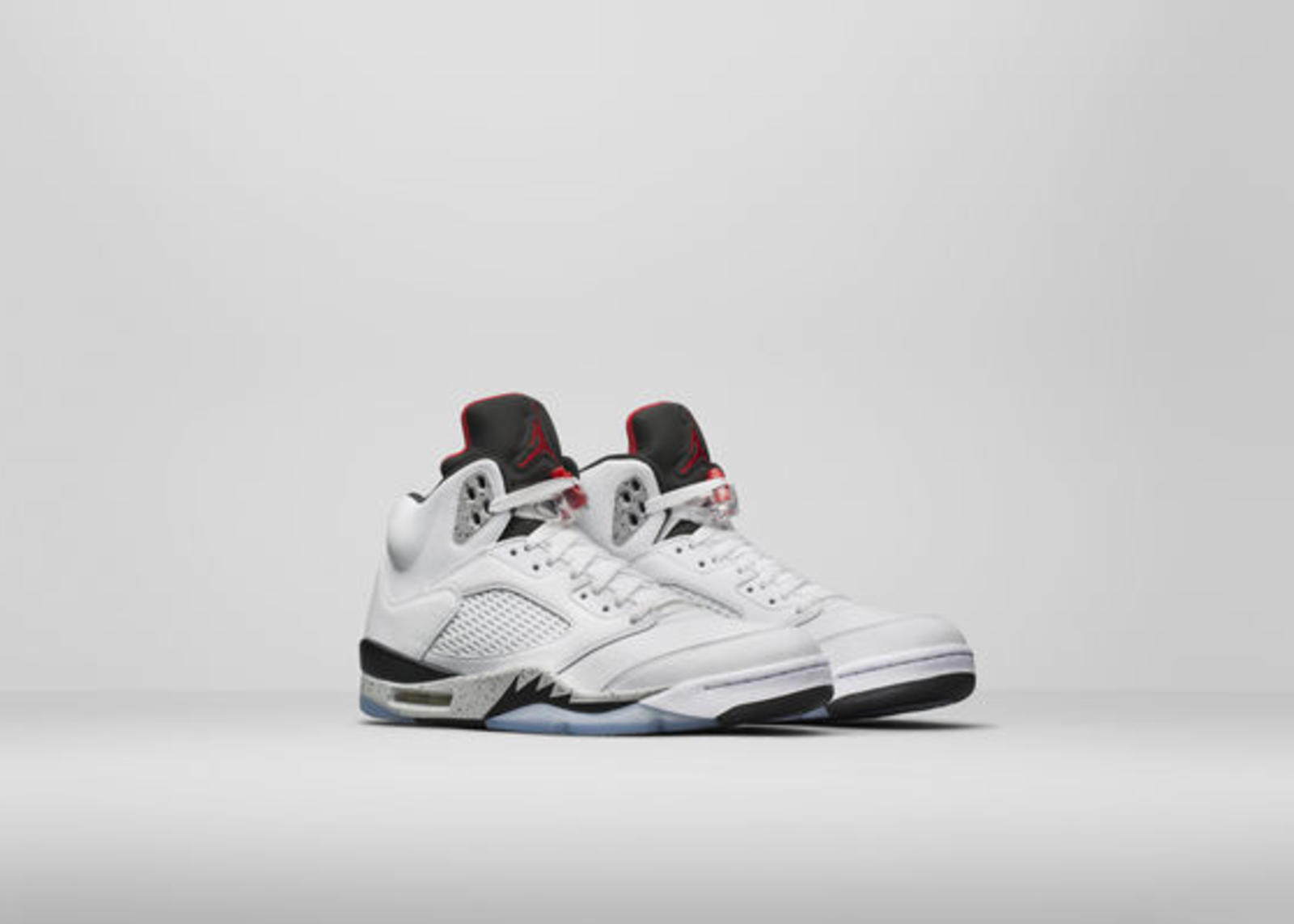 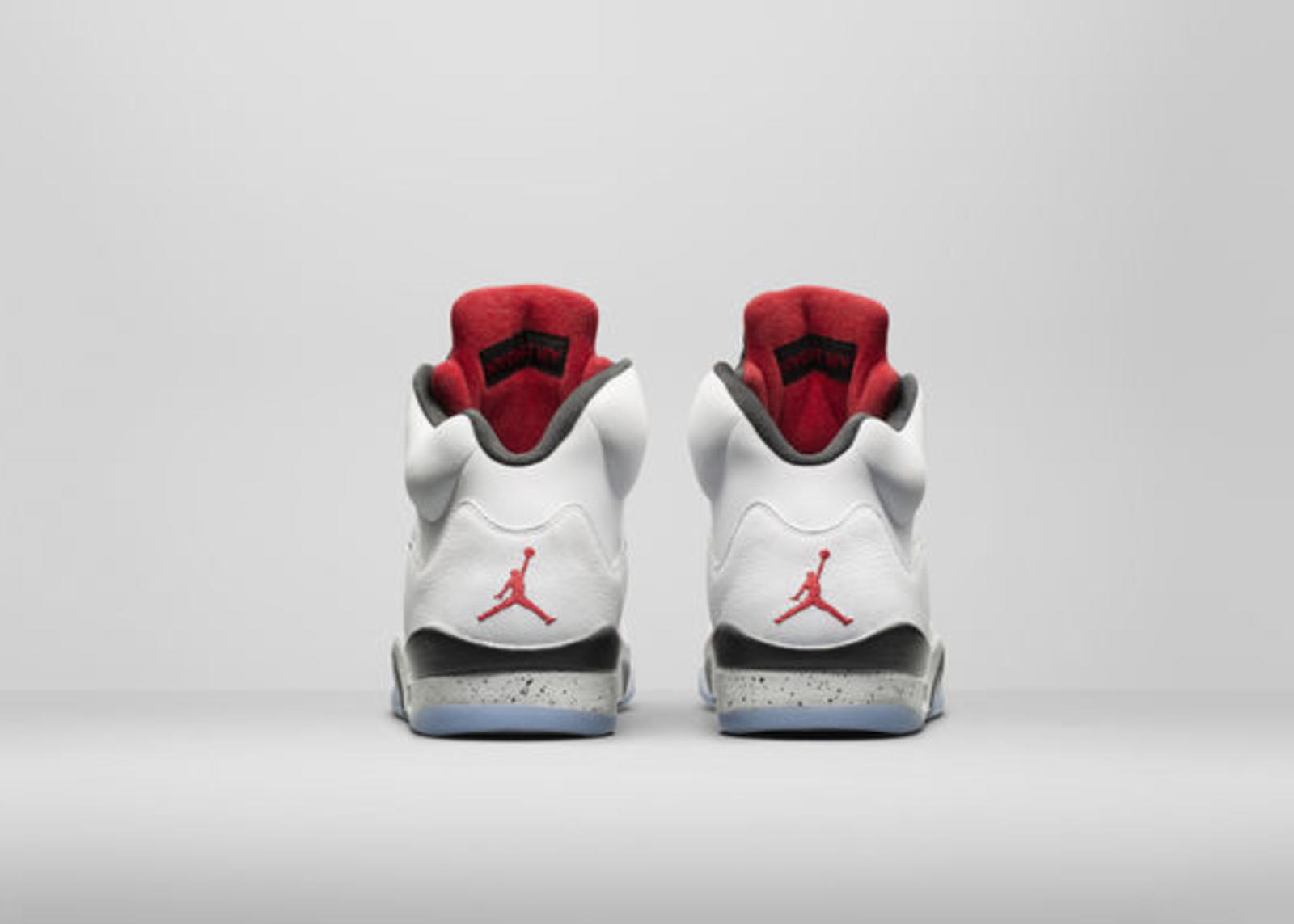 Since its introduction in 1990, the Air Jordan V has become one of the most recognizable basketball silhouettes of all time. Now, the brand revisits the original sketches and inspiration to create a fresh colorway. By combining its classic fighter plane design with an all-new camouflage colorway, the Air Jordan V re-emerges for flight. 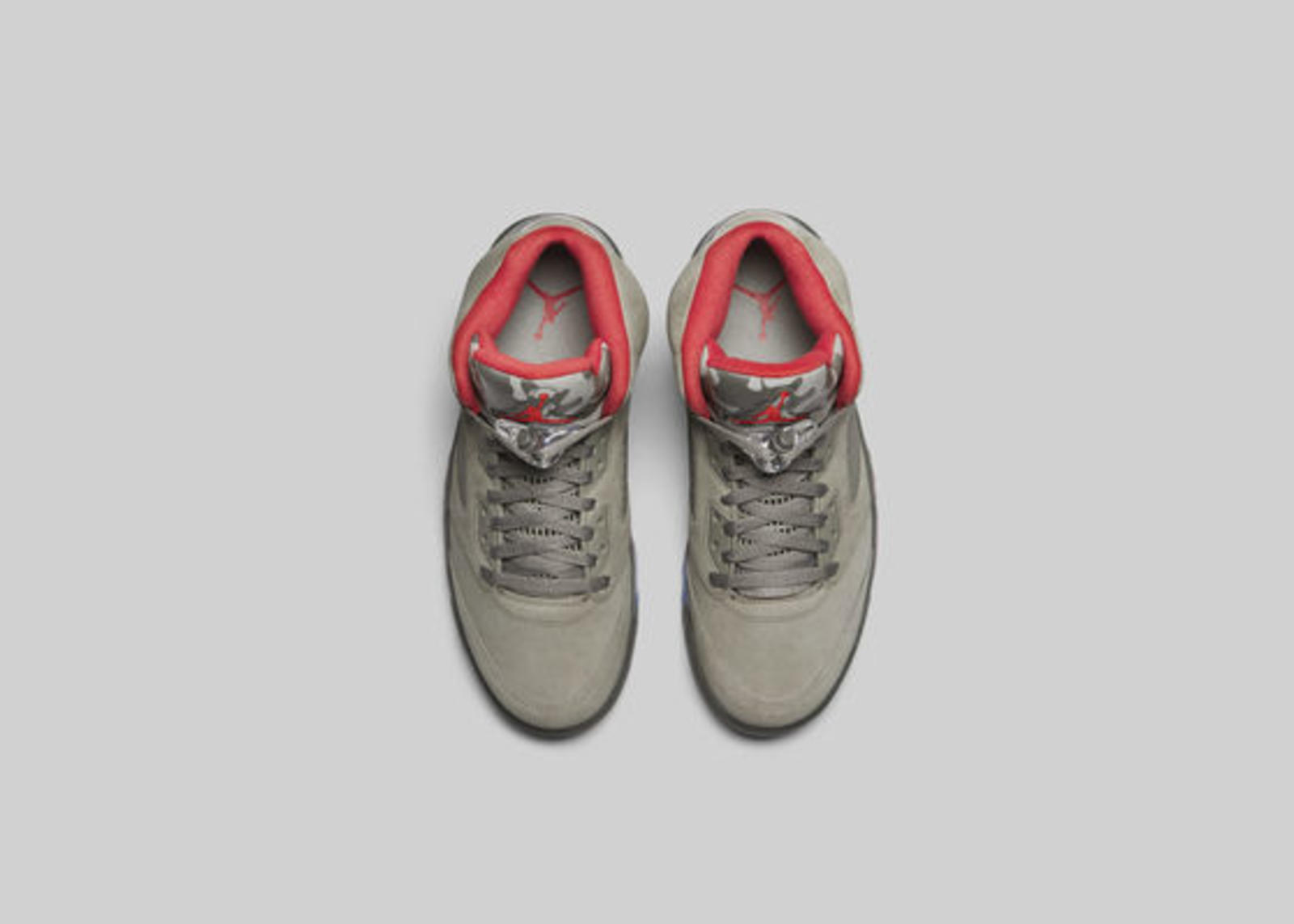 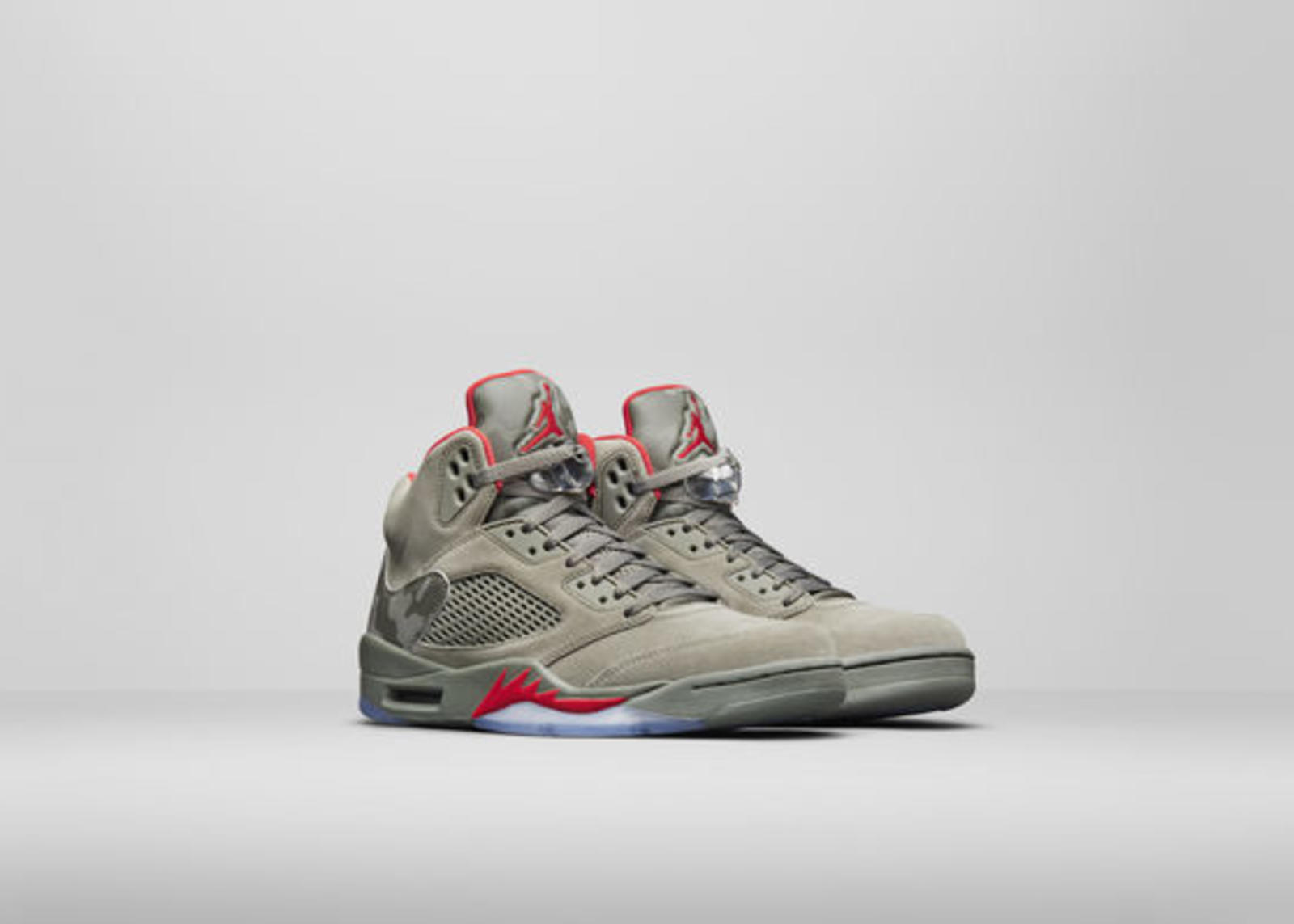 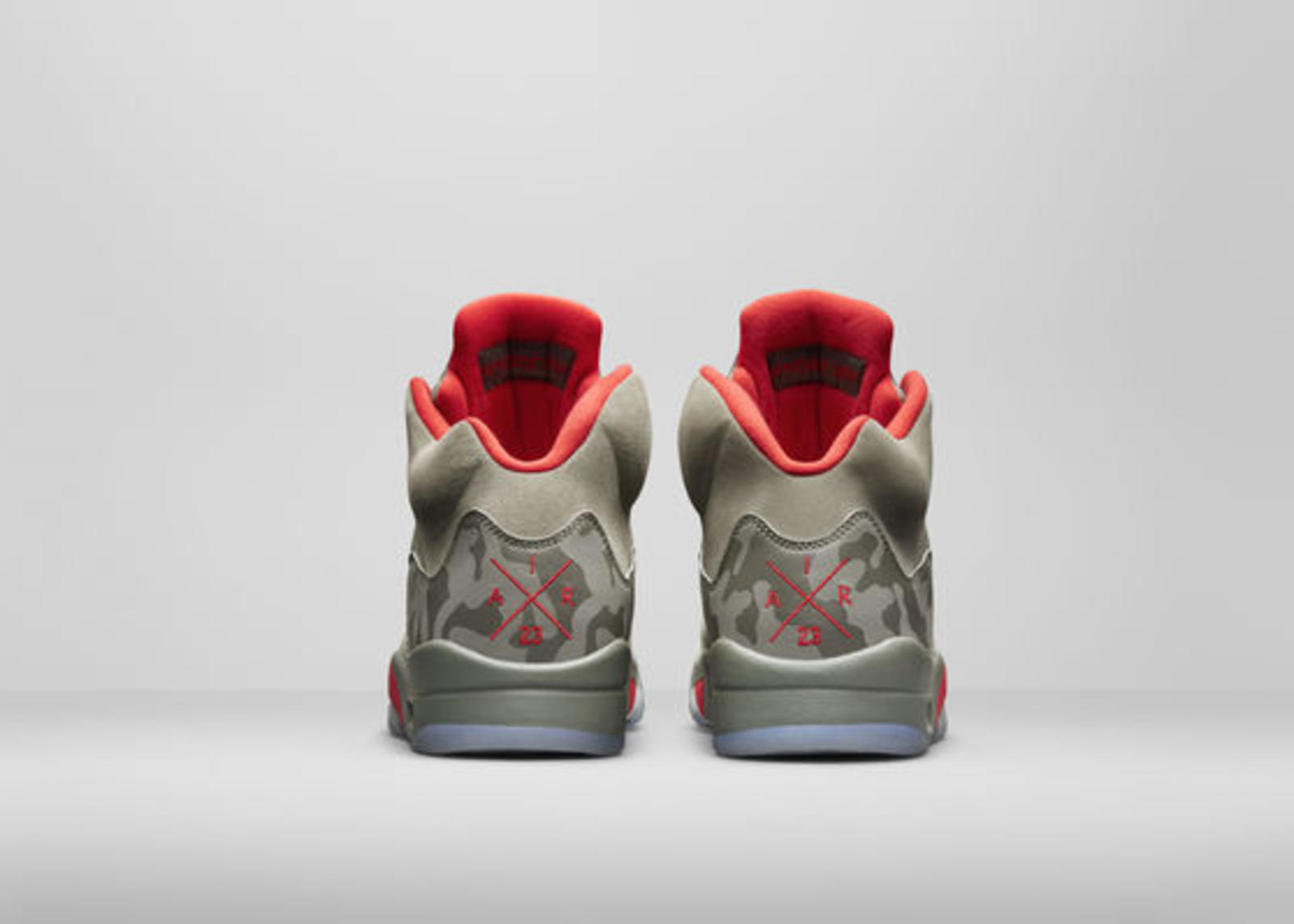 While Michael Jordan was leading his team to the conference finals in the Air Jordan V, the shoe was becoming a style must-have on the streets. Inspired by fashion’s adoption of it, the brand introduces a new black-on-black Pinnacle version of the V. Following the direction of past Pinnacle releases, this colorway elevates the iconic silhouette with premium leather, ribbed paneling details and a smokey translucent outsole. 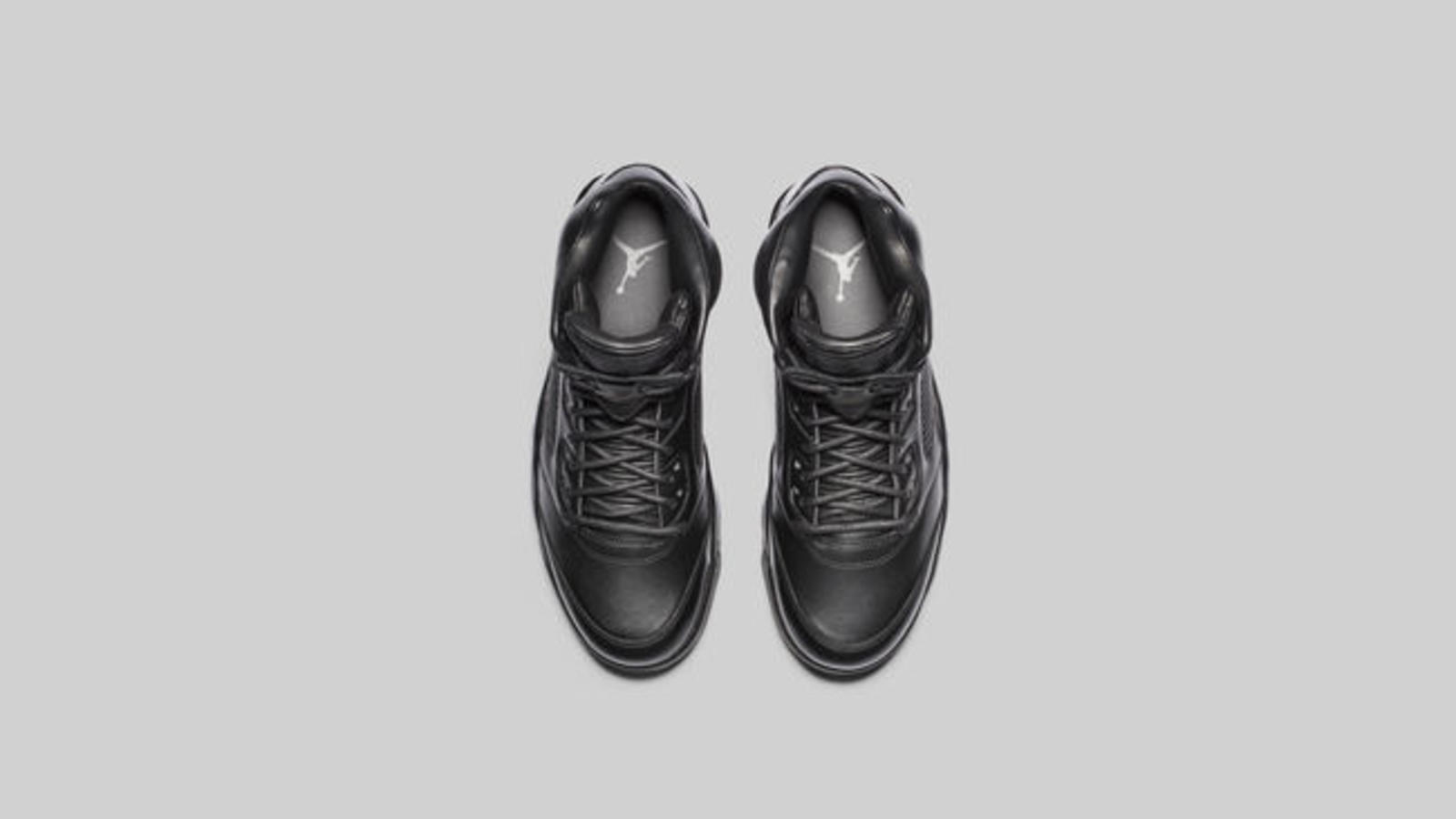 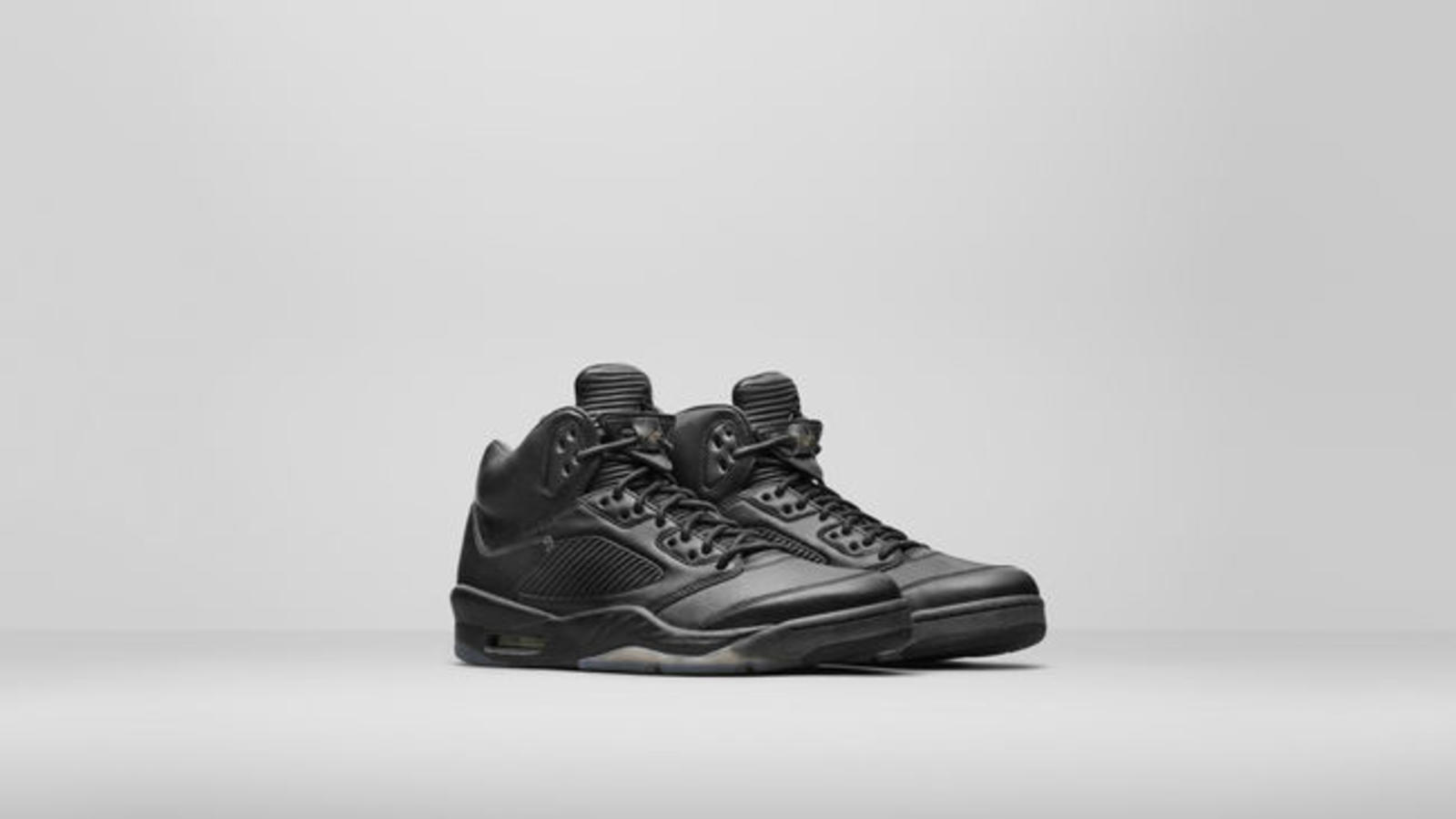 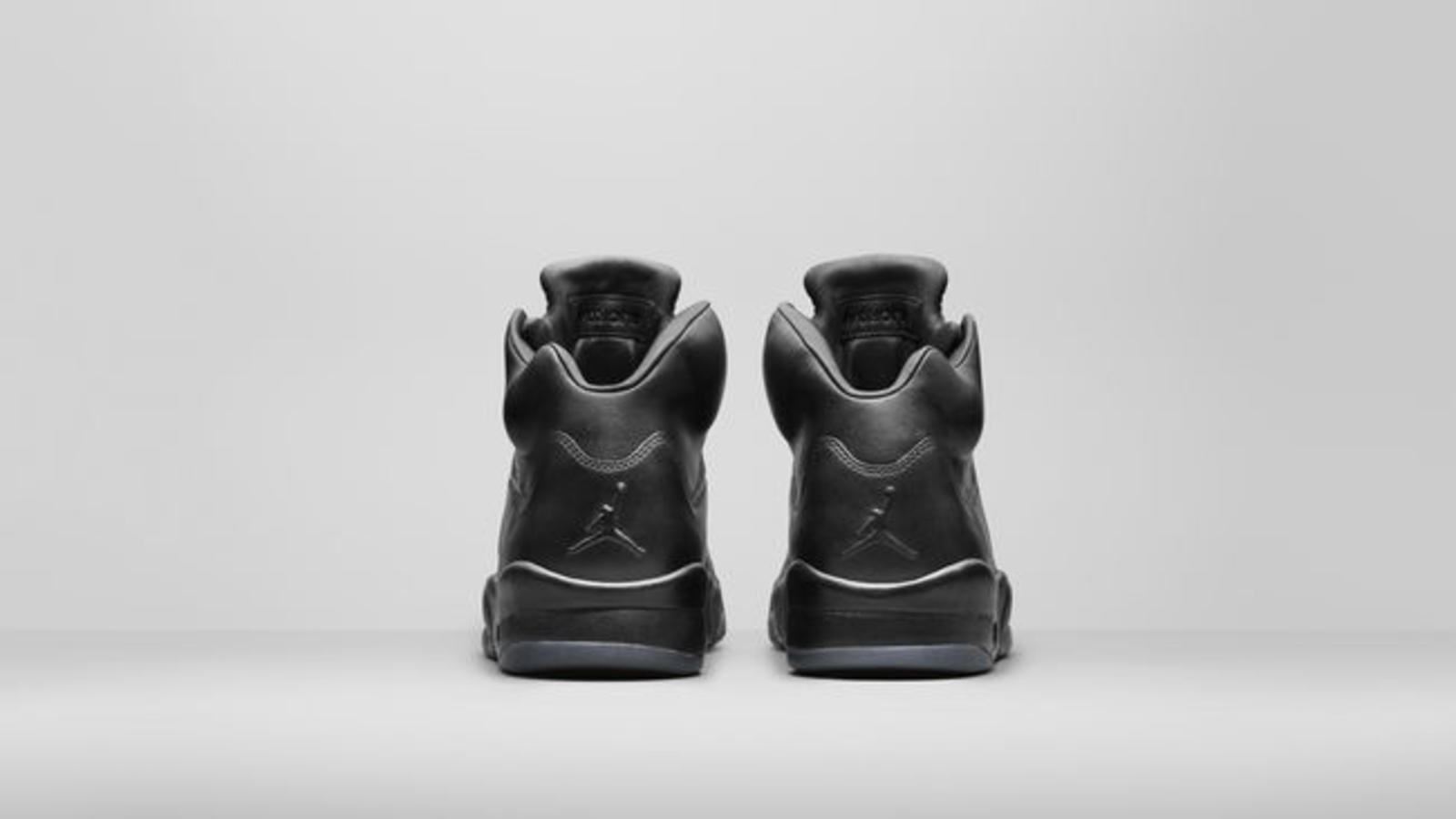