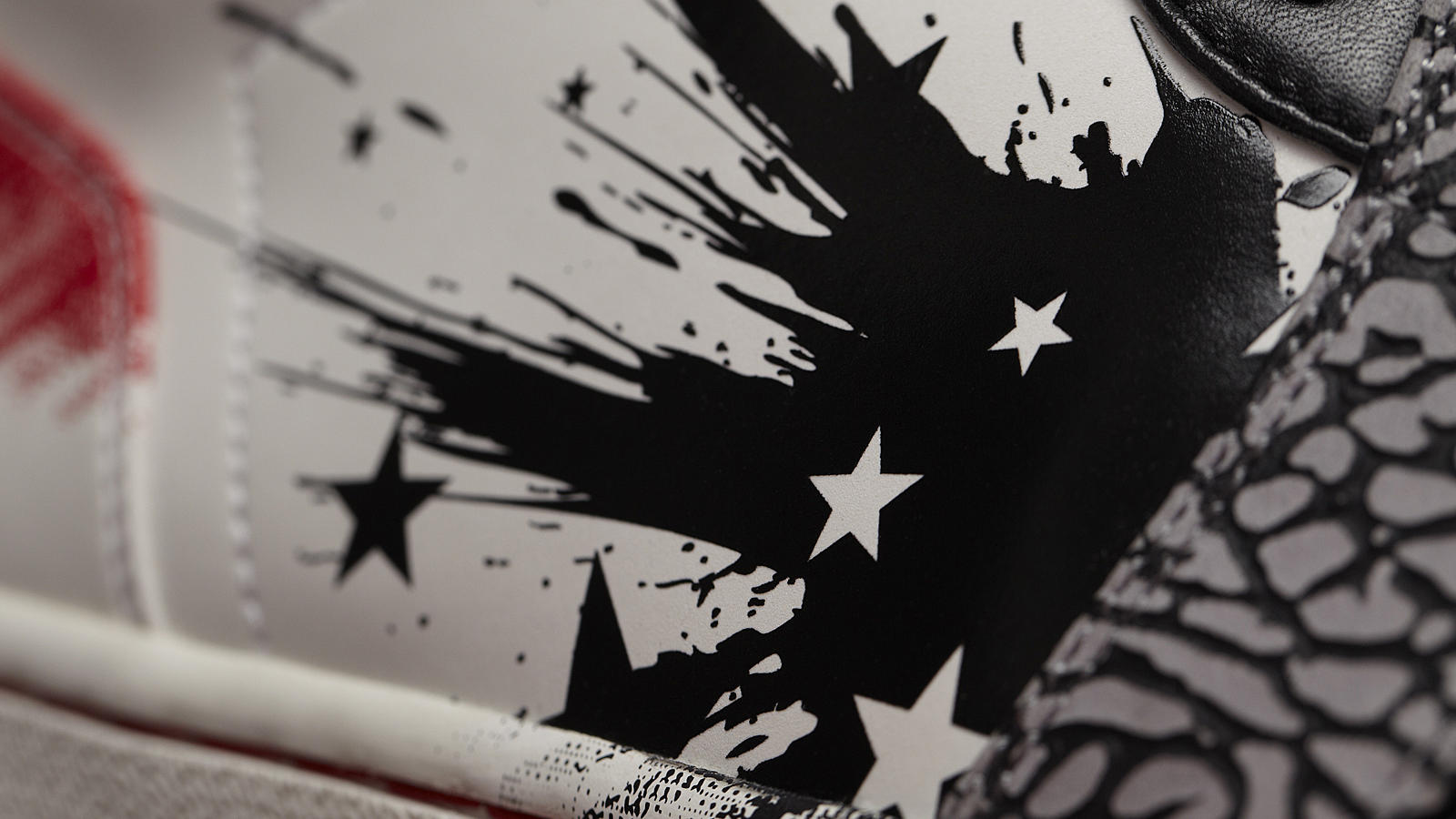 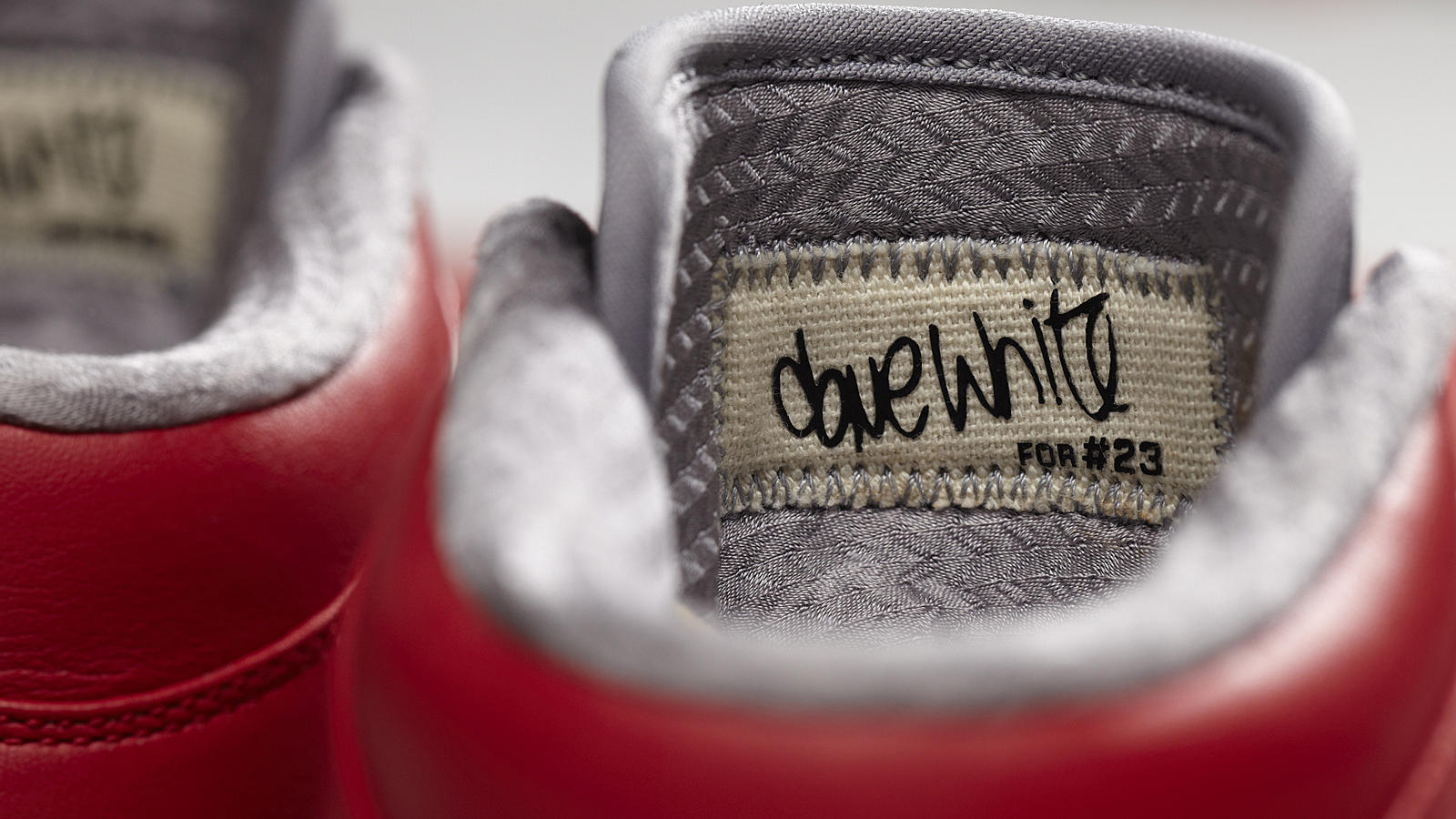 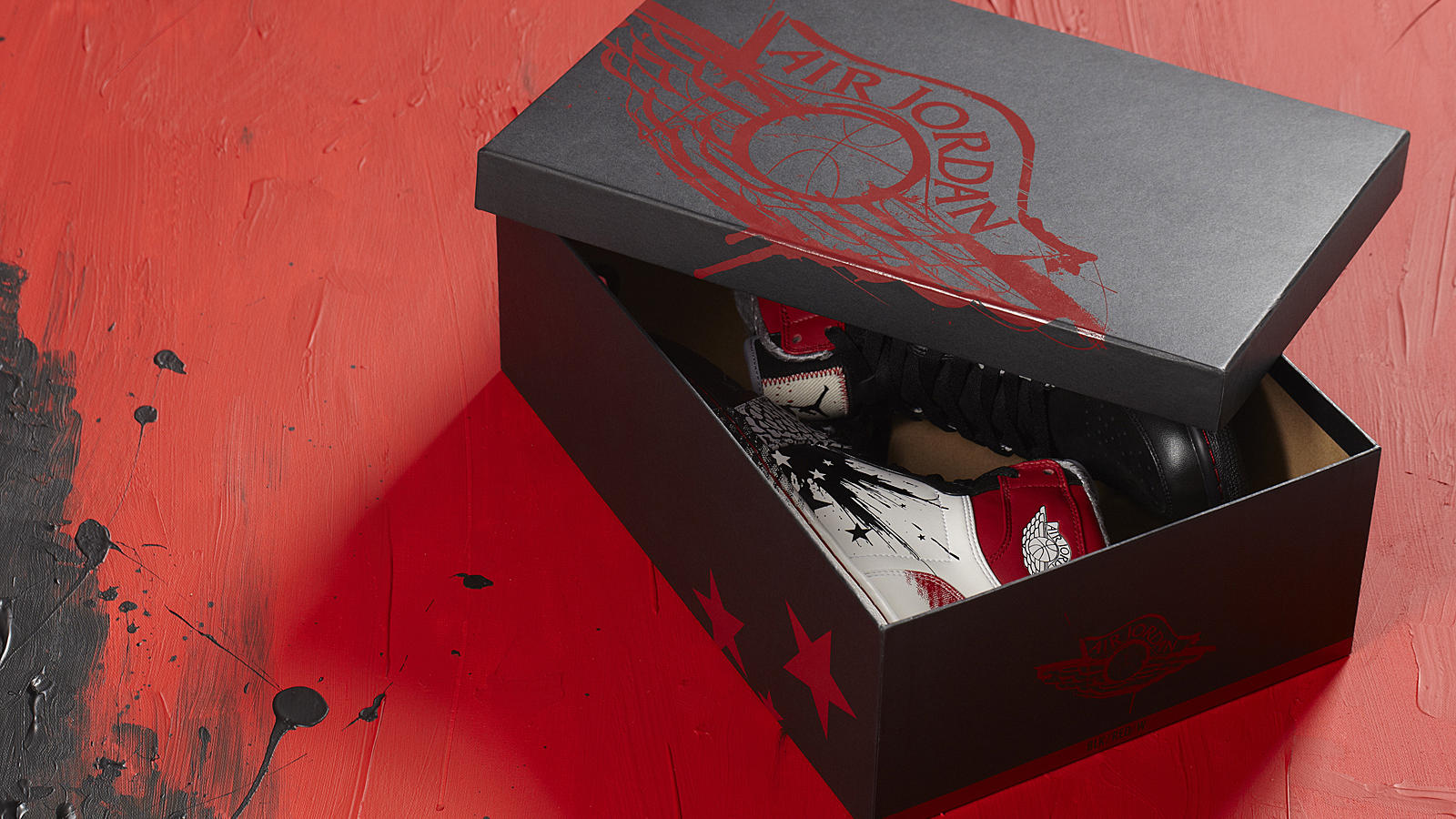 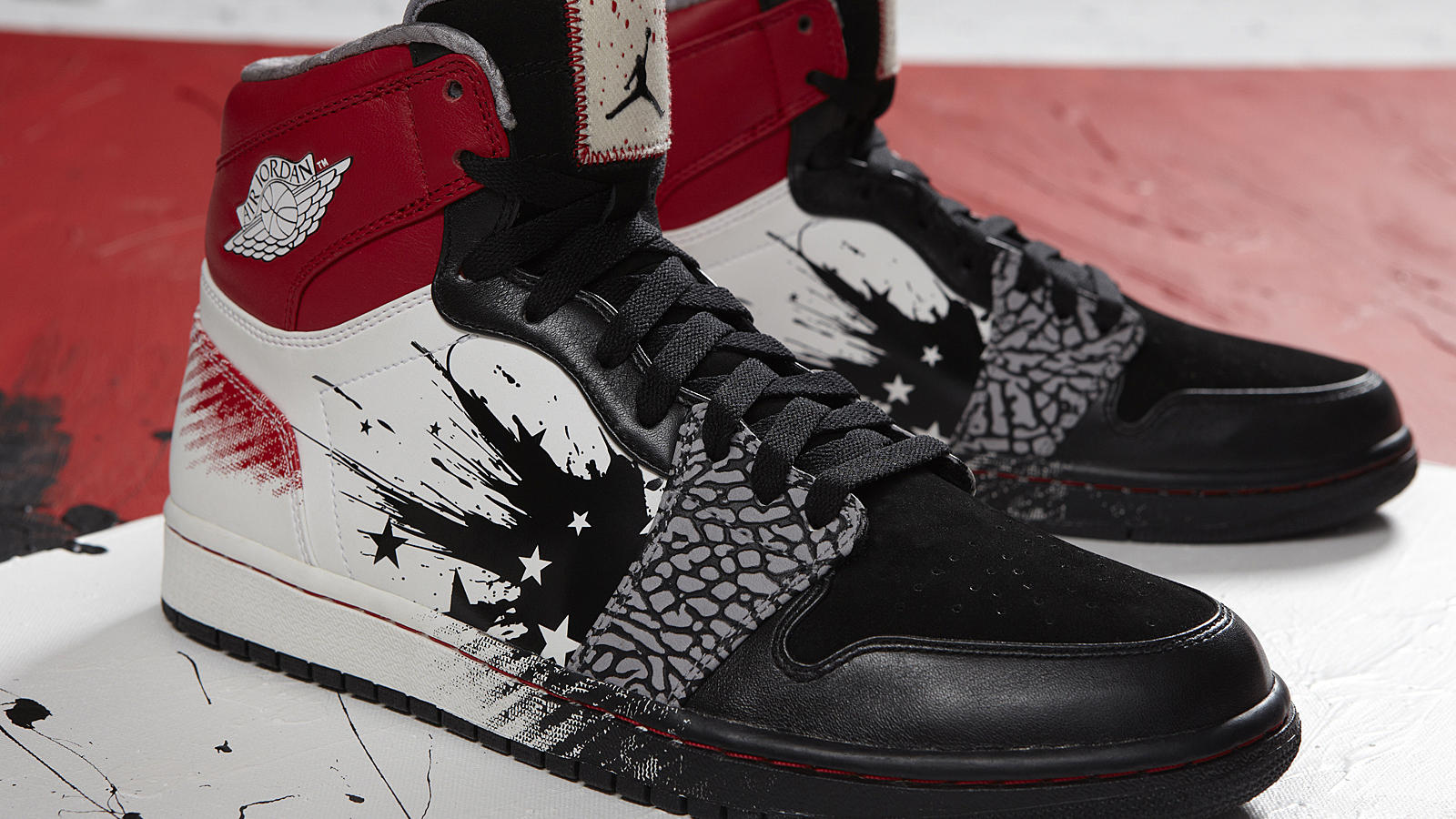 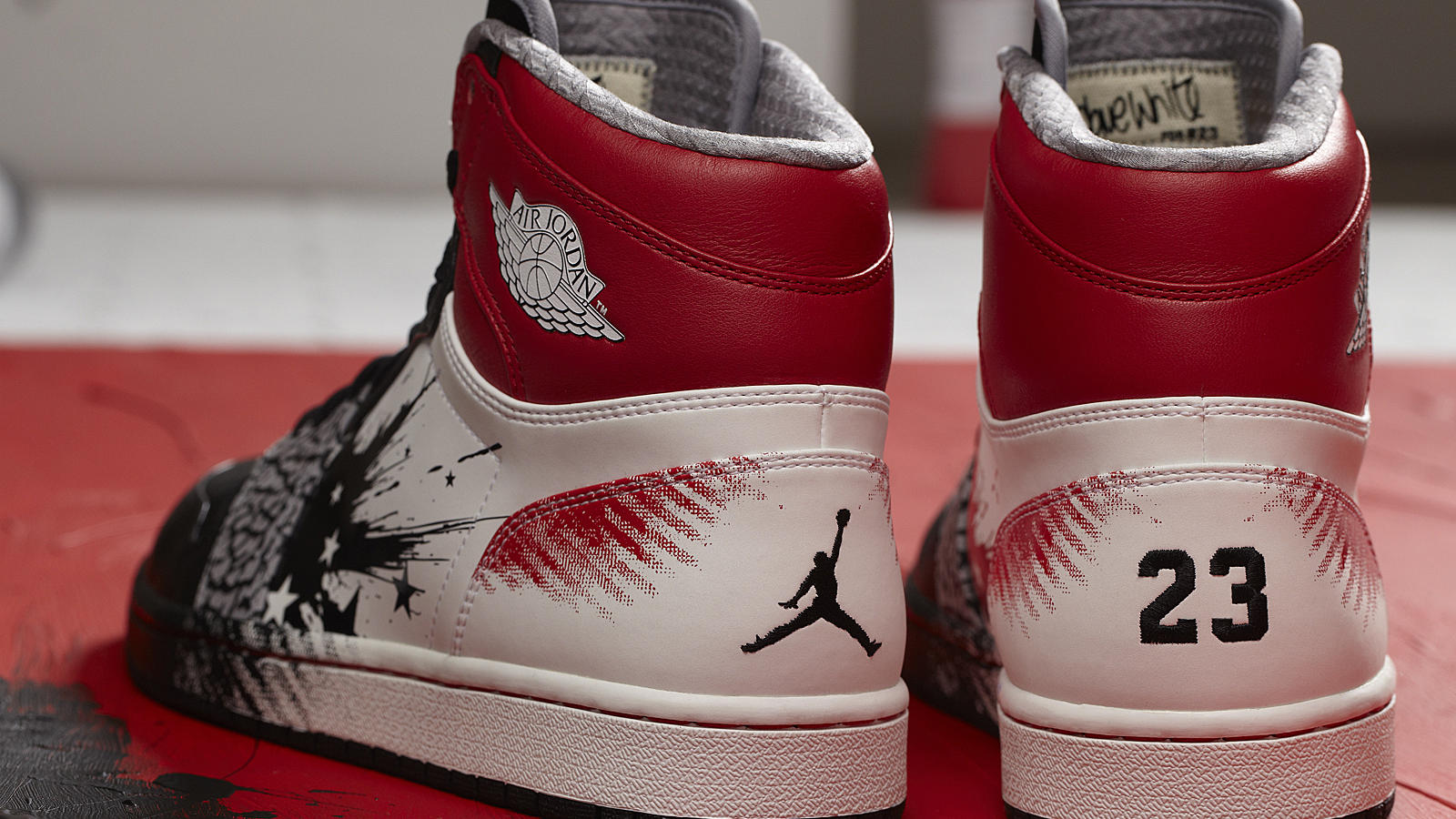 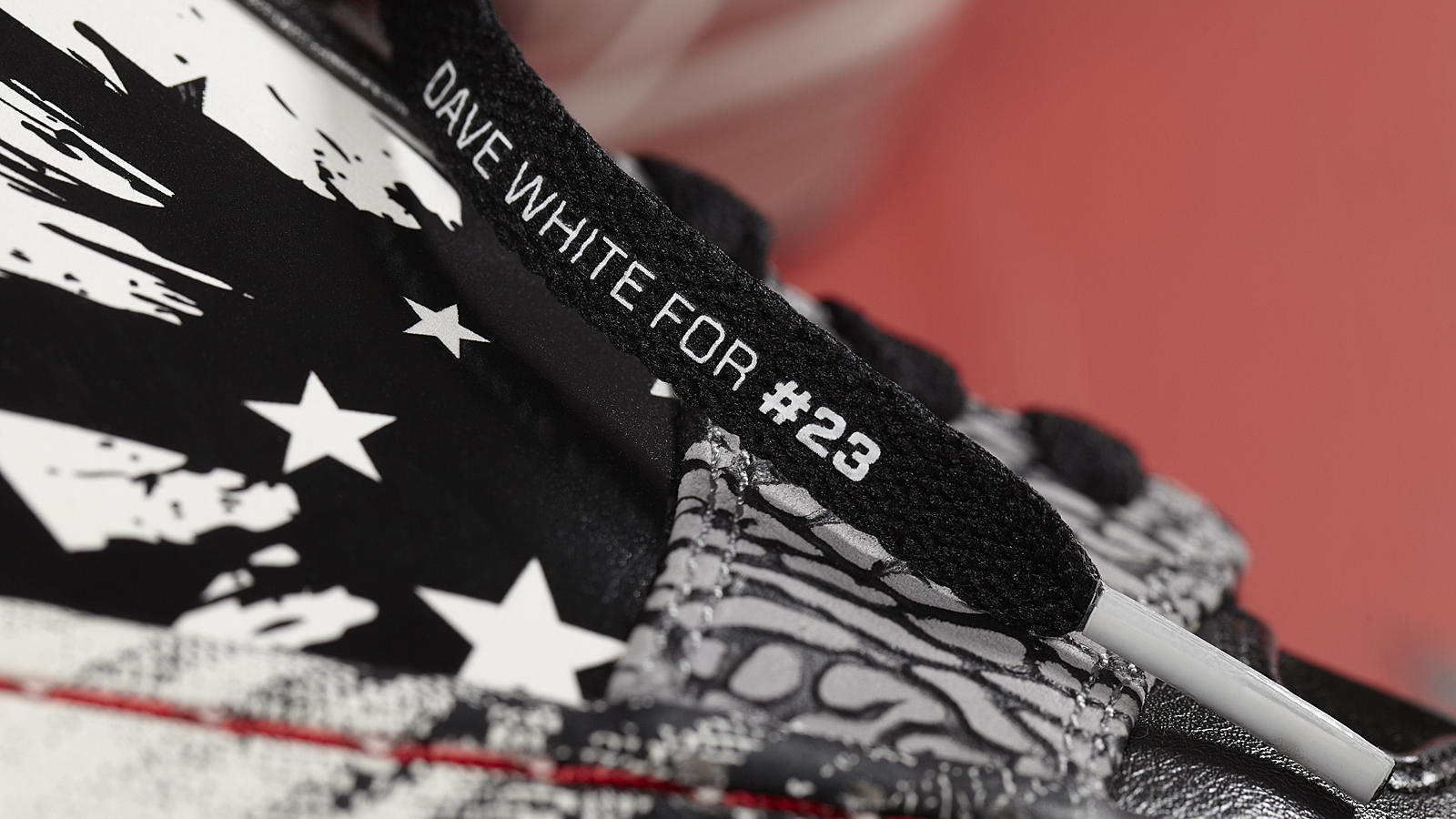 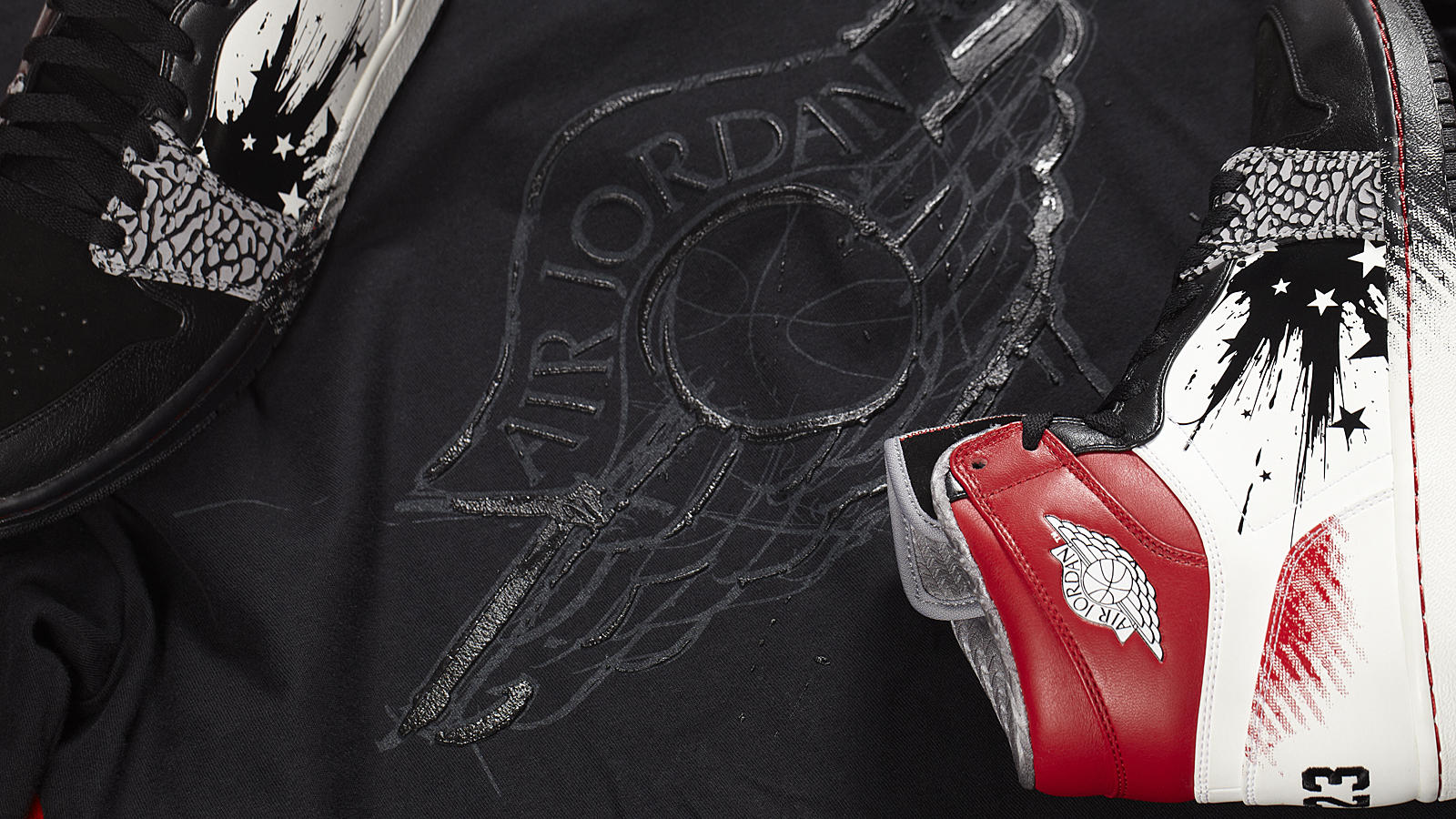 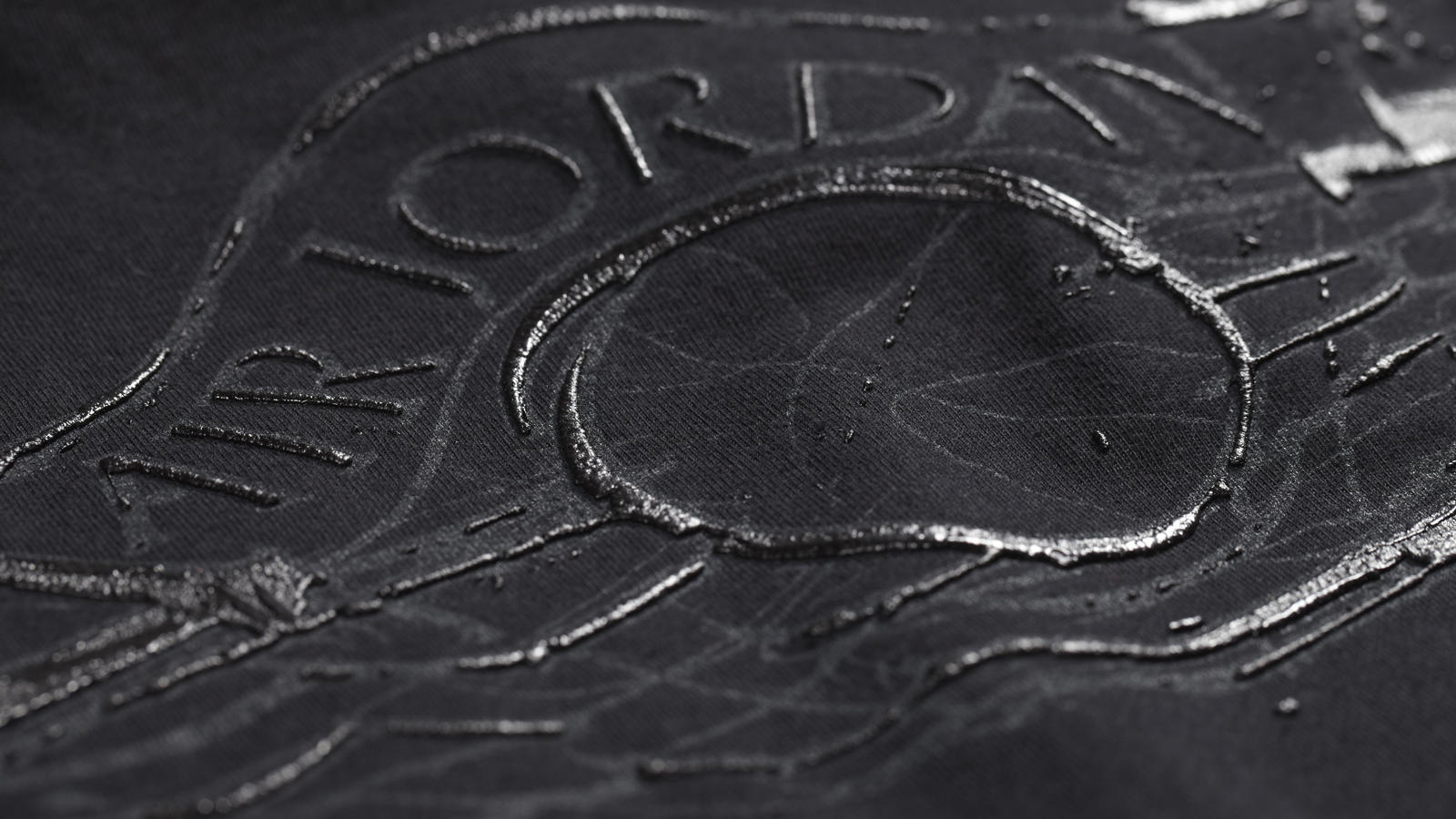 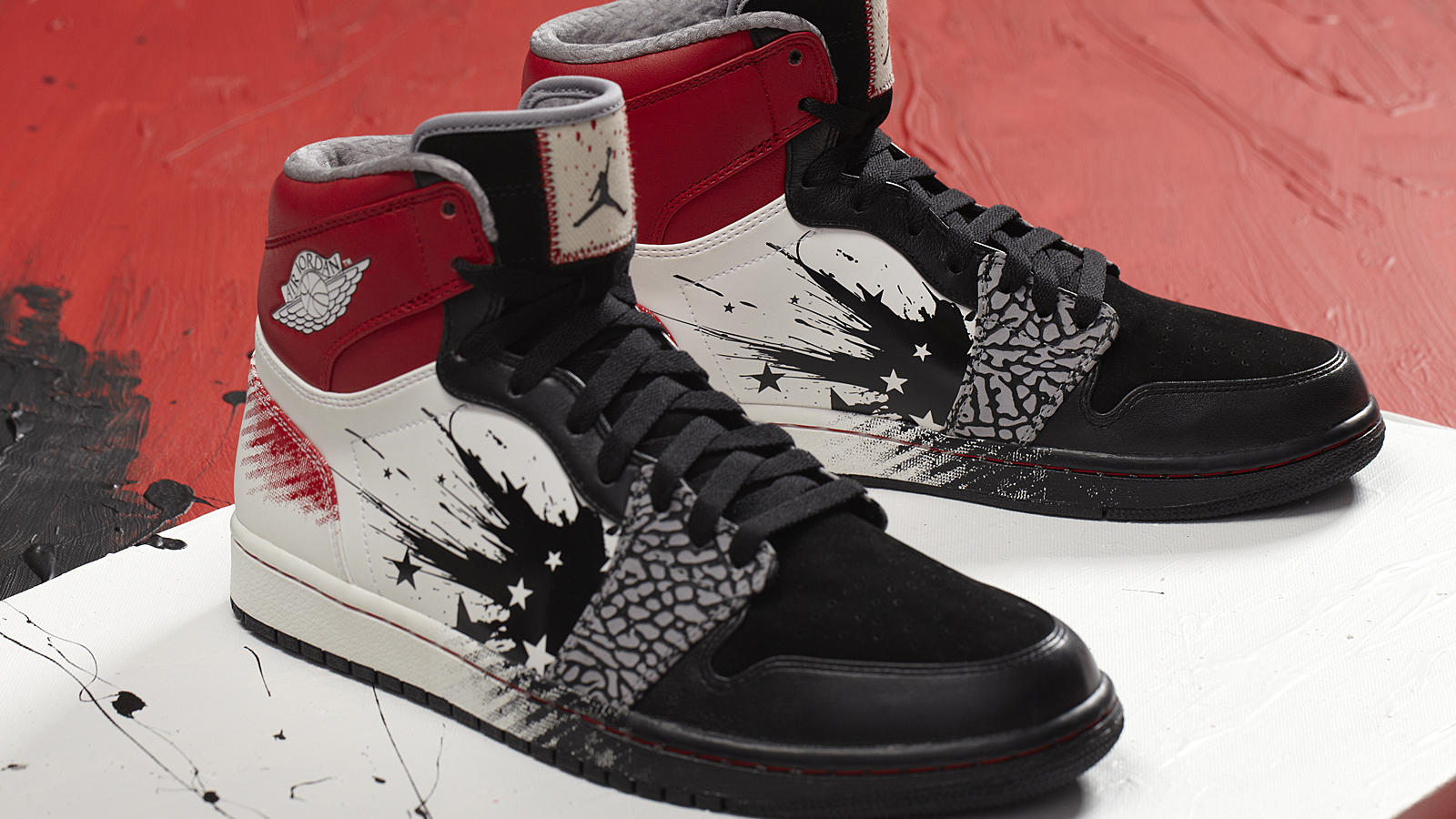 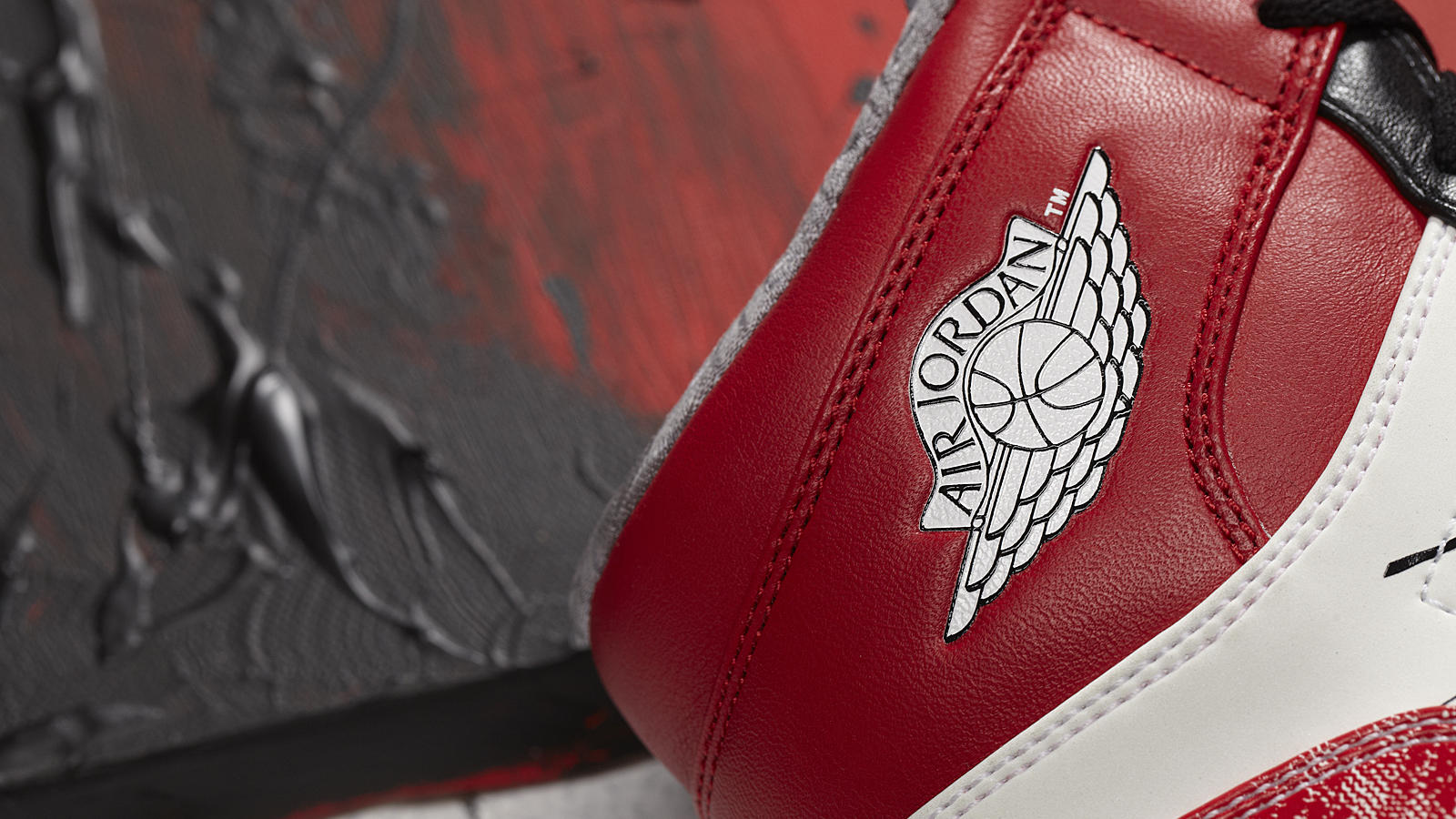 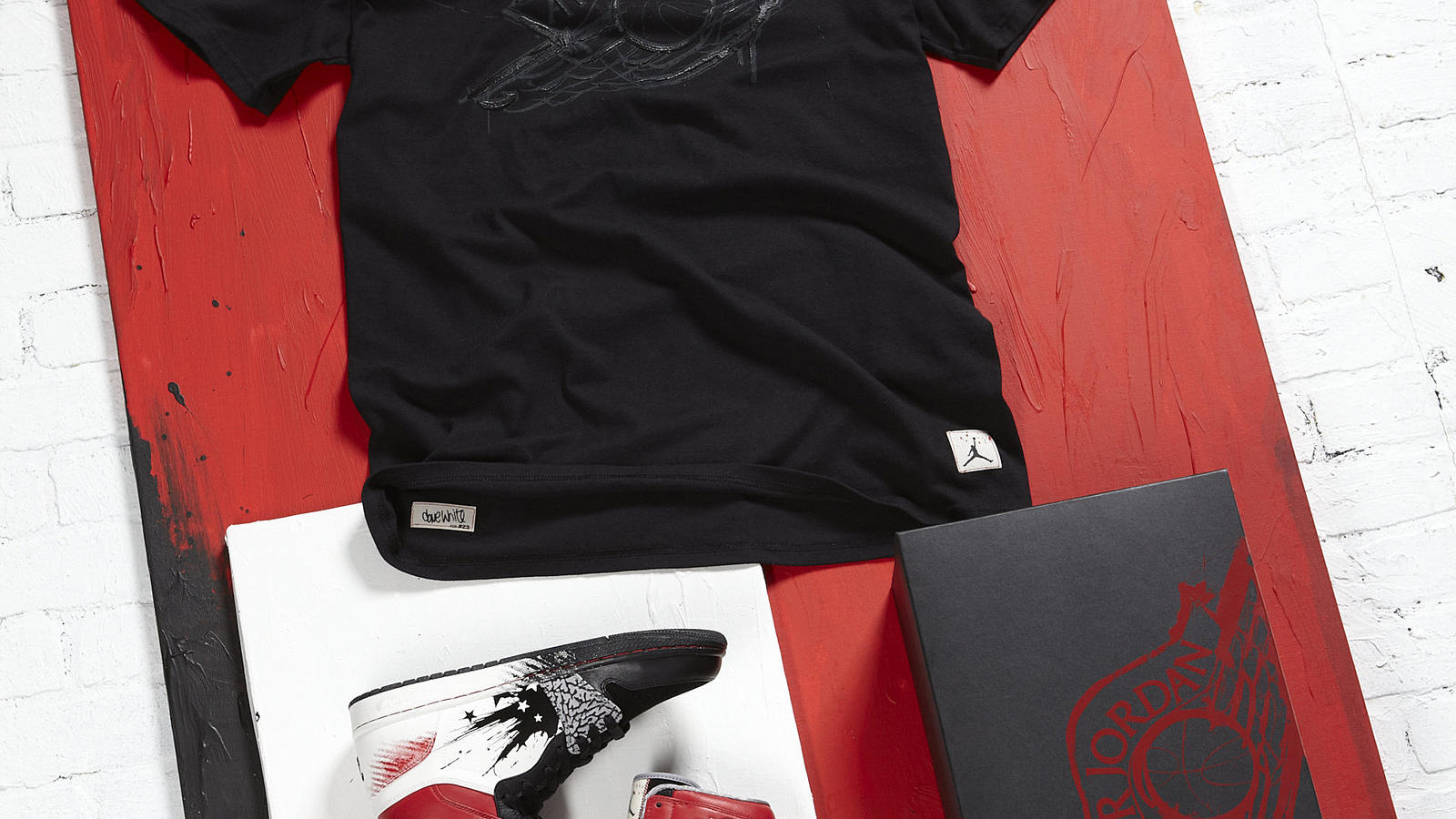 Dave White’s first Air Jordan 1 Retro design was a masterpiece. His American flag-inspired shoes caused a stir at All-Star Weekend, and he mentored kids at Inglewood High School as part of his work with Jordan and WINGS for the Future.White and Jordan are back again, and the result is the Air Jordan 1 High DW. These kicks feature the iconic Jordan black/sport red-white-cement grey colorway, and even bring in the elephant print on the forefoot laces-strap.

But it’s White’s trademark paint splatter and brush strokes that make this shoe stand out.

“The absolute intent was to make something that actually looked animated and dynamic, explosive and alive even when standing still. I wanted the shoe to almost look like it had been dipped in paint and is exploding with energy,” said White.

White actually created four design options for this shoe, each implementing expressive elements. While eye-catching from the jump, White thinks that it’s the details that sneakerheads will appreciate from these kicks.“As people see them in the flesh all the little touches that make them special will unveil themselves. The use of artist grade canvas on the tongue, textured paint printed onto white upper, the laces and sock liners with the stitched wings logo and the box really is the icing on the cake.”

The brand has also put together a Jordan DW WINGS crew T-shirt to commemorate the release.

The Dave White Air Jordan 1 Retro will be available in North America, Europe and China on February 11. In celebration of All-Star Week and WINGS, and another run will drop on February 24.