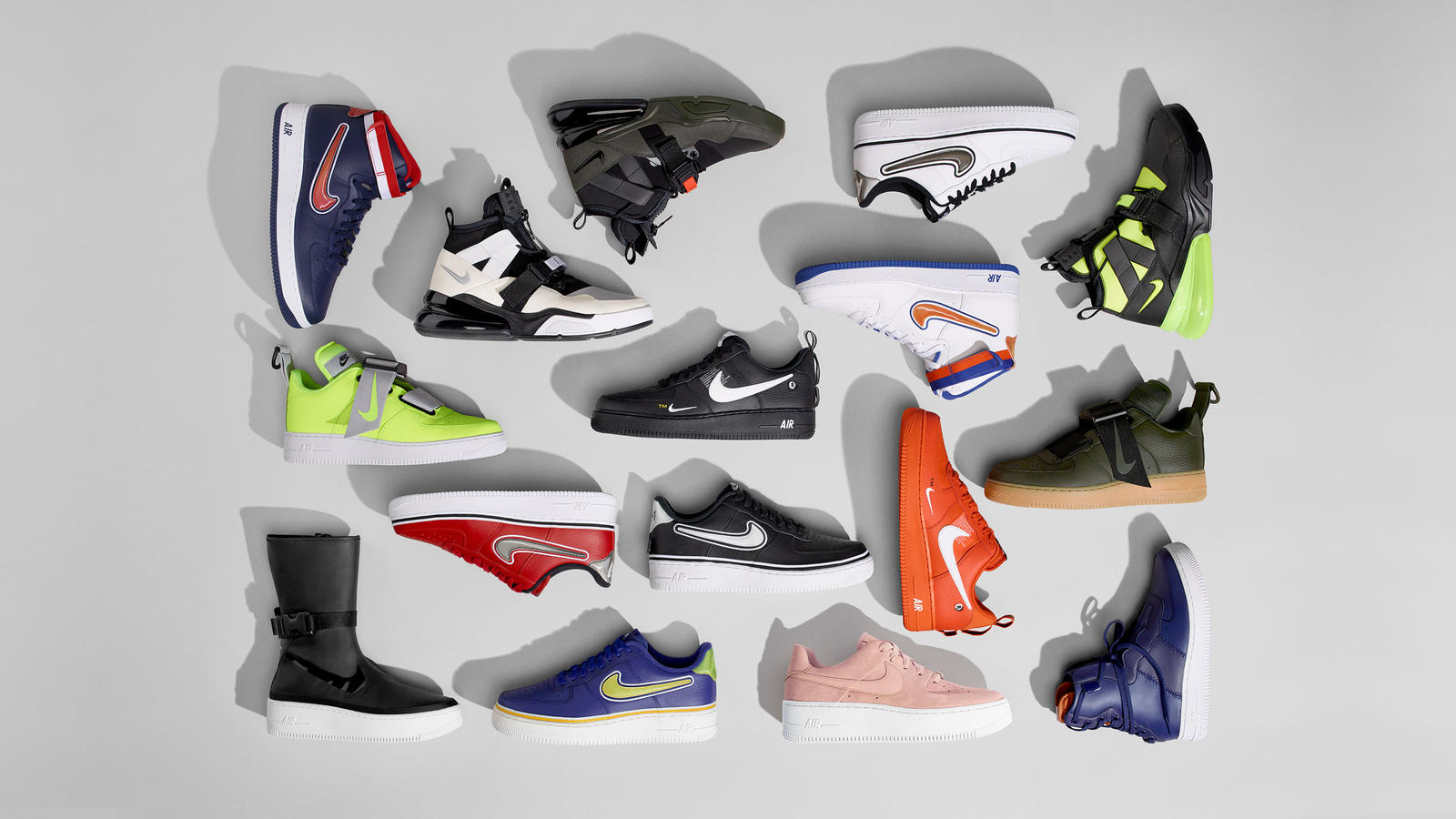 The latest iterations of the AF1 — seen in the Utility Pack, NBA Pack and new expressions of the 1s Reimagined — convey the elasticity of the silhouette.

Tested by college athletes and made immortal by some of the NBA's most fearsome big men, the Nike Air Force 1 has crossed more than the boundary of court to street in the years since its 1982 launch.

One thing remains consistent: The communities and people who have adopted the sneaker and made it an icon, whether artist, ballplayer, chef, designer or you-name-it, prize the Air Force 1 for its toughness and resilience. They've also tweaked and twisted it to fit their needs, precipitating a dynamism that has granted the Air Force 1 comfort in any environment.

In 2016, and on this site, it was written: “The test of time is not a model of monotony but, rather, an exercise in progress, which is why the Air Force 1 has never stopped evolving."

Two years later, that sentiment remains true. The latest iterations of the AF1 — seen in the Utility Pack, NBA Pack and new expressions of the 1s Reimagined — convey the elasticity of the silhouette, which still carries its distinct DNA regardless of articulation.

The Air Force 1 Utility replaces the shoe's traditional lacing structure with a robust midfoot strap. Equipped with a Fidlock magnetic buckle (also used on the Nike Komyuter), the AF1 Utility's simplified entry system is complemented by an exaggerated pull tab at the heel and extended tongue. In combination, these elements form an aesthetically audacious vision for the AF1, while retaining the shoe's fundamental hard-wearing qualities.

The jersey-like trim and team color schemes of the NBA Pack revive the Air Force 1's indelible link to professional basketball. This is also seen in the use of lenticular colorshifting material for the Swoosh and backtab, where the AF1 logo shifts to the NBA logo in motion.

Styles in the NBA Pack release October 4 on nike.com and at select retailers. 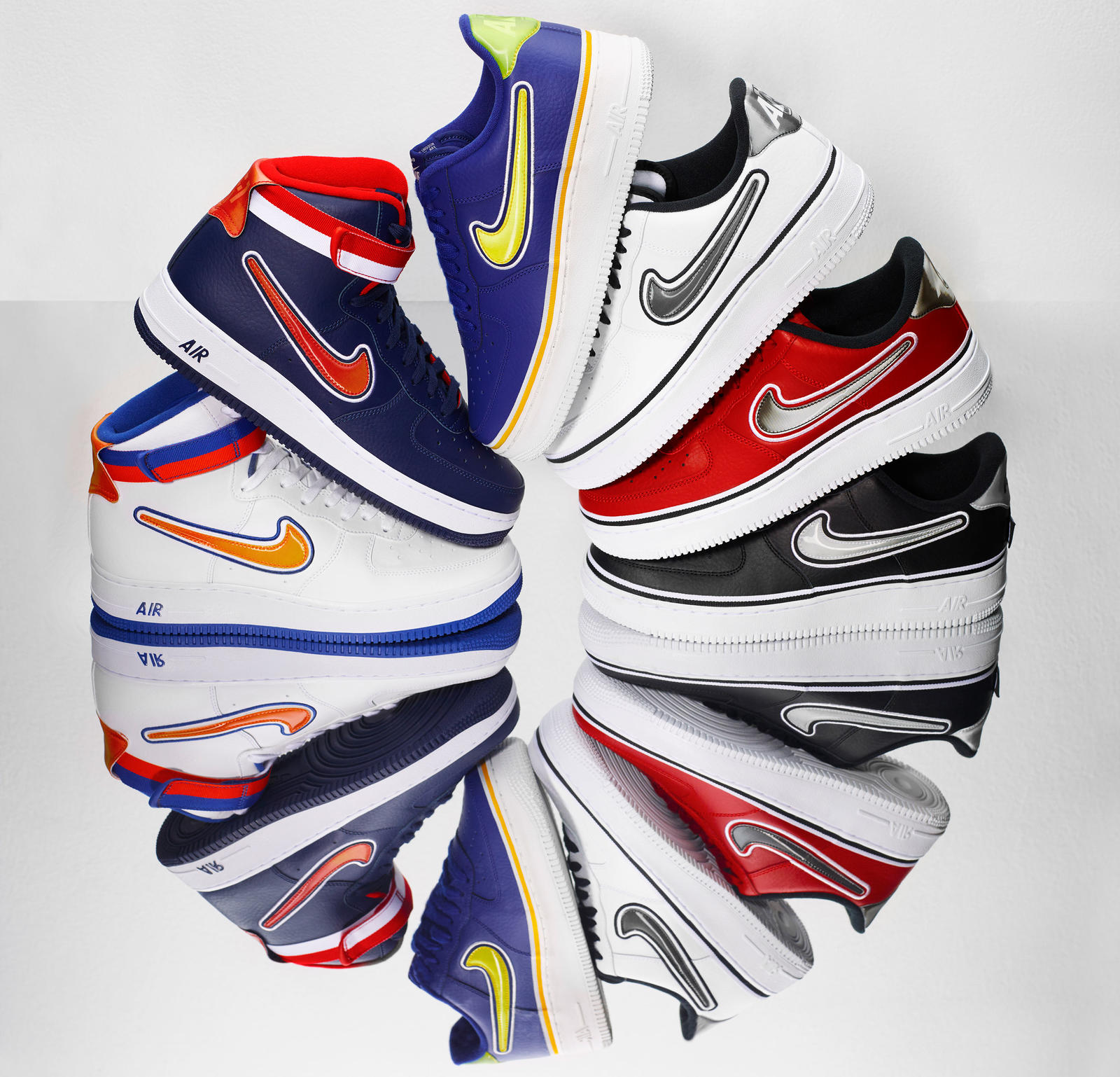 The Force is Female

Introduced as part of The 1 Reimagined, the AF1 Sage and AF1 Rebel are both fresh perspectives on the Air Force 1, envisioned by a creative collective of female Nike designers. Each serves to celebrate the DNA of the AF1, and also give the shoe a jolt. The Sage Low and the Sage High, for example, introduced a 35 percent increased stack height and minimalist take on the shoe's recognizable seam lines. In High form, the Sage is built with a minimal two-piece latex upper, creating a form-fitting look that exaggerates all the traditional proportions of the AF1. The Rebel, meanwhile, flips its laces to the back and inverts the aesthetic with a corset lacing system.

The AF1 Sage Low launches October 5 and the AF1 Sage High releases globally November 1 on nike.com and at select retailers. The AF1 Rebel follows on December 1.