A Look Inside Russian Football

Beyond its border, Russian football seems sheltered. The domestic league is scarcely televised overseas, and few players venture abroad to pursue their careers. The only time Russian players find themselves on the global stage is at a major tournament with the national team. As such, stories about how the game is played and perceived inside the world’s largest nation rarely surface.

Next summer, when Russia plays host to world football, the spotlight will burn brighter than ever. As the clock ticks down to the tournament, four men at radically different stages of their careers provide a rare insight into a sport they are convinced is Russia’s greatest passion. 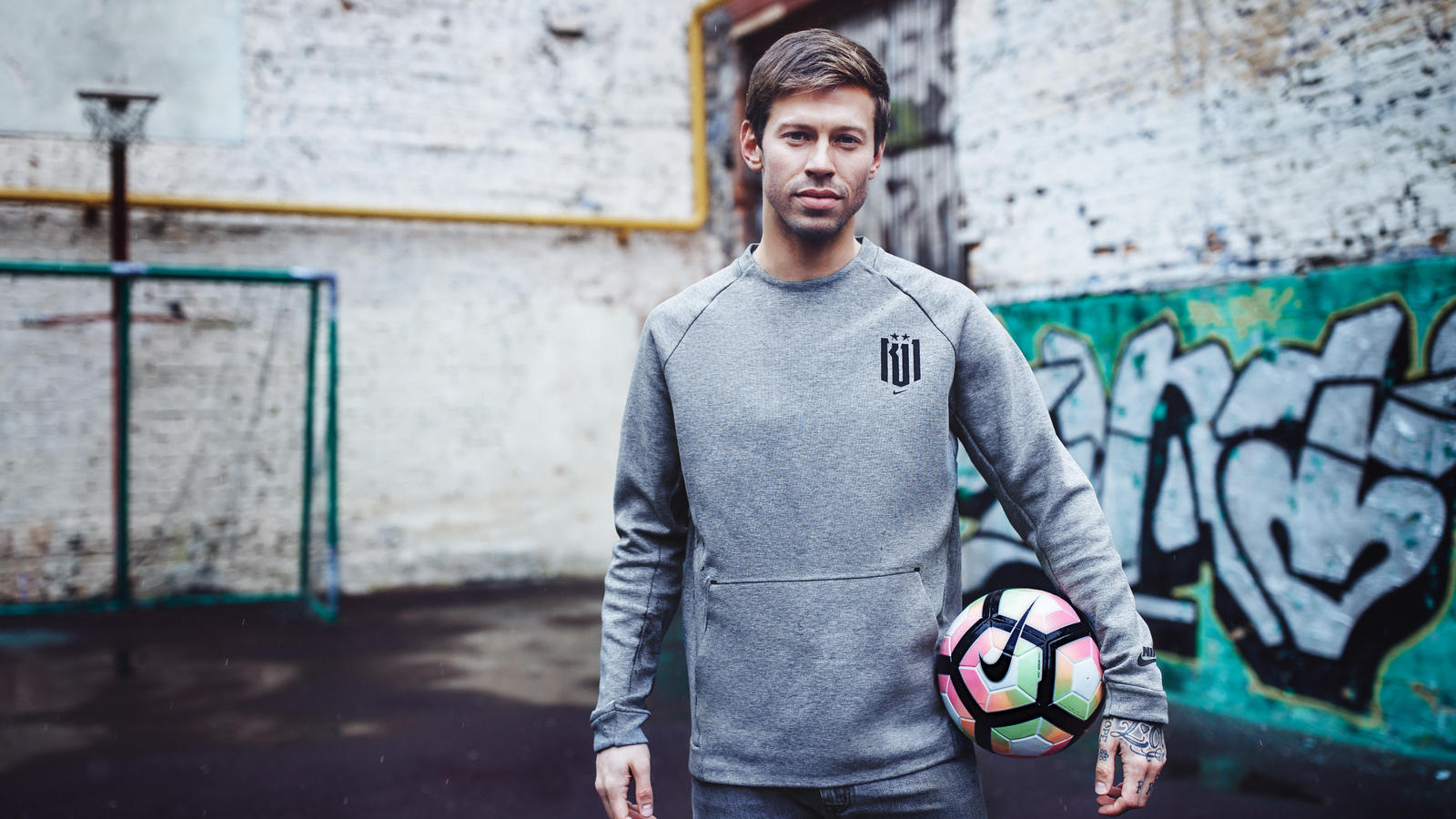 The depth of Russia’s affection for football can be measured by one man’s tears.

Fedor Smolov, the free-scoring Krasnodar player and Russia’s first-choice center forward, had reason to feel good about his contribution, but his team's defeat to Mexico meant Russia had been eliminated at the group stage of this summer’s rehearsal for next summer's tournament. It was another gut punch for a nation scarred by the struggles of their team, ranked an all-time low (63rd in the world), and thrashing around in the doldrums of international football at the worst possible time.

This defeat would normally have triggered another wave of recriminations, but the grave consequences of the result were all too stark and the authenticity of Smolov’s suffering as he left the field at the Kazan Arena skewered the cynicism and instigated the healing of a fractured relationship. The suspicion that the players do not care was instantaneously dispelled.

“At the time I wasn’t thinking about that, but I would like all Russians to know that we really do care about the results. We care so much,” says Smolov. “In the moment, I was disappointed because of the result, especially as I felt we were the stronger team and could have gone to the semi-finals, but I was also thinking that this isn’t just a problem for me, it’s a problem for all Russians.”

“I would like all Russians to know that we really do care. We care so much.”

With the single biggest sporting event in the nation’s history on the horizon, Russian football is at a crossroads. If the home team could just provide a spark, the reaction to Smolov’s tears proves the people will follow.

“This summer, I saw that Russian people love football,” says the 27-year-old. “The popularity, the interest, the kindness and happiness in peoples’ eyes – they are excited about what is ahead.” 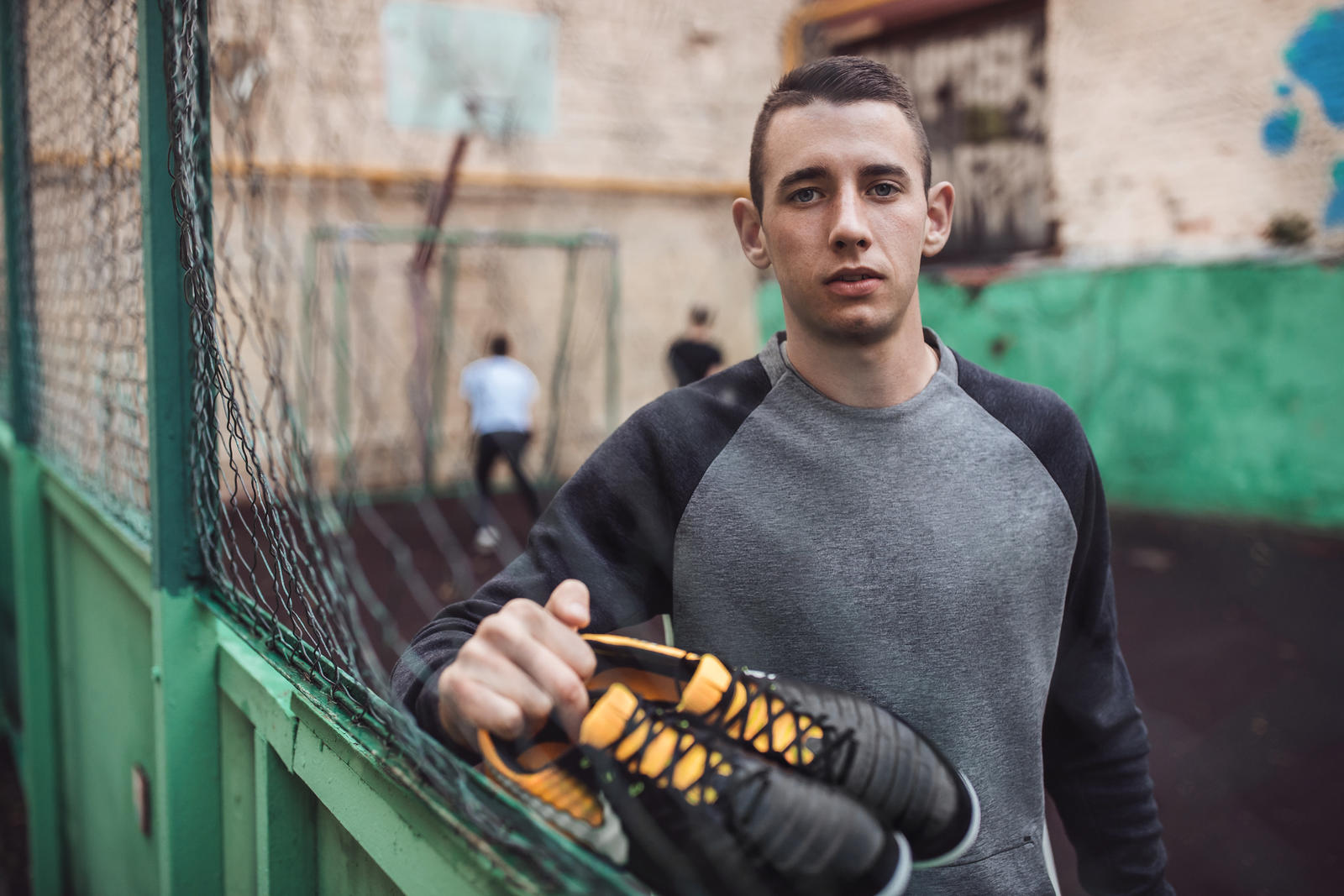 While Smolov dreams of shining on the grandest stage, a legion of football-obsessed youngsters are honing their craft in far more modest surroundings.

The grass roots of Russian football can be found sprouting through the cracked asphalt of the korobka — courtyard cages where children get hooked on the rawest form of the game.

Russia’s first korobkas (which translates to box) were Soviet creations built in the 1970s for hockey, but they were soon hijacked by footballers. Now, they can be found in every town or city and are at the heart of communities from the most brutal high rises of Moscow’s inner city to the Asiatic expanses stretching beyond the peaks of the Urals.

“The first time I played on the korobka I hadn’t even watched a game before,” explains Max Boychuk, a 19-year-old graduate of street football who played professionally with second division Spartak Nalchik.

Now entrenched in neighborhoods otherwise starved of facilities, korobkas have become a magnet for young people and an outlet for sub-culture in the post-communist era. B-Boys, hipsters and graffiti artists all gravitate toward the korobka.

“For me, and for most Russian kids, this is where we learn to play. I was maybe 8 or 9 when I started. We’d play every day, summer or winter, it didn’t matter. I was with my friends. We were happy,” he says. “We’d play five versus five and the winner would get two liters of Coca-Cola. I’d be here straight after school and then all day on weekends. I didn’t do homework, I played football.”

“I didn’t do homework, I played football.”

If this is where Russians learn to play, it’s a school of hard knocks. There is no referee, no rules and with the court in high demand, winner stays on. Strangers may initially be viewed with suspicion but there is an inherent democracy about the korobka where age, race and class are immaterial – the only currencies valued there are skill and toughness.

“Famous players started on the korobka,” adds Boychuk, who grew up in the small town of Balabanova some 100km from Moscow. “Smolov played on the korobka. He’s a great player, and now he plays with the national team. He started like me.” 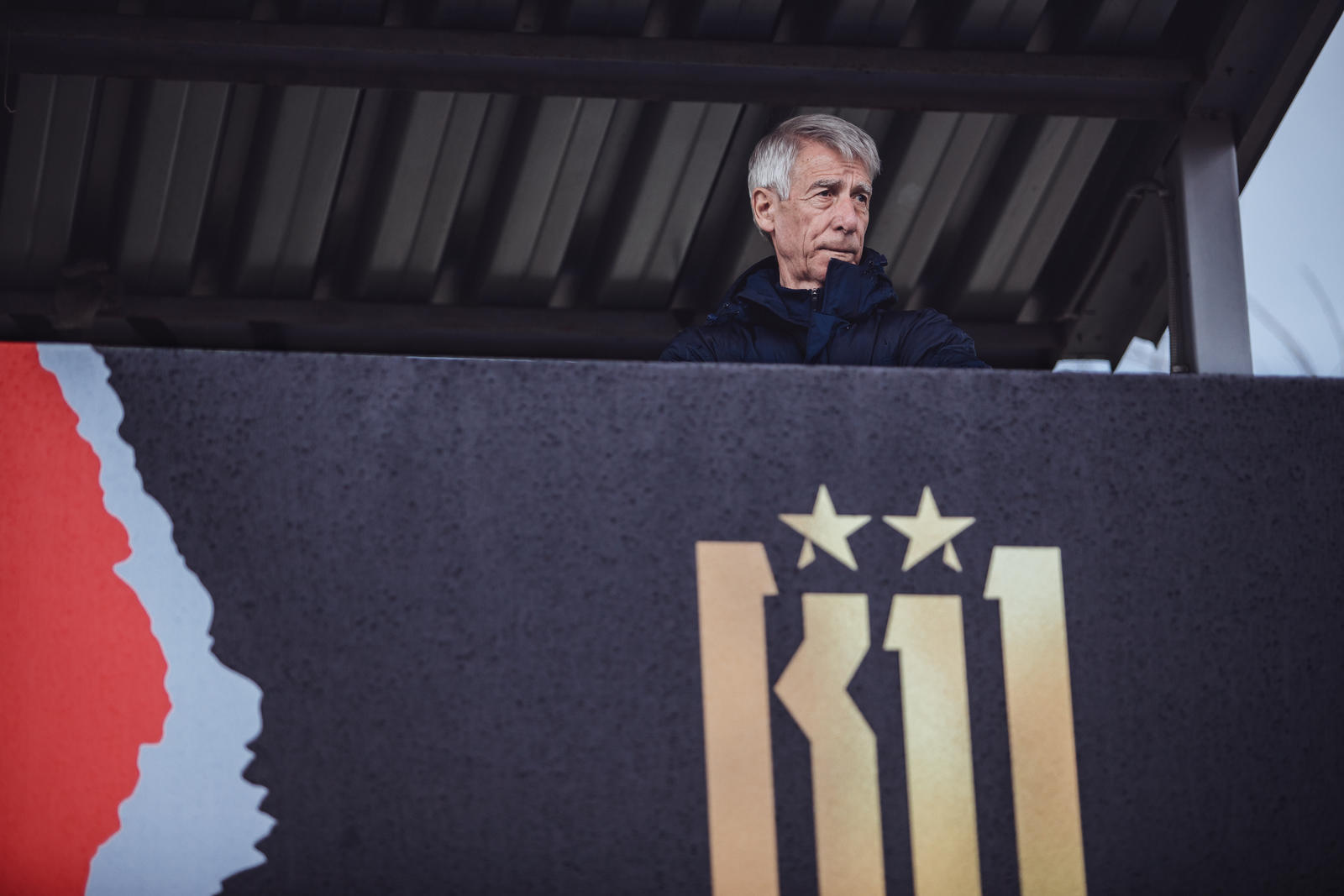 The slight but sturdy frame of 73-year-old Valery Nepomnyashchy reveals a life dedicated to sport.

For the past four decades, the veteran has patrolled touchlines in his native Russia, throughout Africa and Asia. Most famously, Nepomnyashchy inspired one of football’s great fairytales by steering Cameroon to the last eight of Italia ’90.

These days he heads up the Nike K11 program, a local scouting and training program, that assembles a squad of the best players from Russia’s korobkas and offers them expert coaching and a pathway into the professional game.

“K11 is a vital initiative for Russia. Our street football has lots of really talented players, and K11 helps to unleash their potential,” says Nepomnyashchy. “It is bridging the gap between the streets and the pitch.”

Most men his age would have retired long ago, but his passion for coaching and sincere desire to improve the future of Russian football keeps him in his tracksuit.

“Russia is and always will be a football nation. In Russia we have always judged the strength of our football by the strength of the national team, but the problem is that the leading players today are the children of the 1990s, and if you think what was happening in Russia back then, you’ll recall the country was in a terrible state and at this time very few boys were given the opportunity to train and develop,” says Nepomnyashchy.

“There is no doubt that Russia is and always will be a football nation.”

However, in the past decade, significant investment has been pumped into youth football. Hundreds of state-of-the-art training pitches have been built all over Russia, while the Yuriy Khonoplyov Football Academy in the Samara region has been upgraded to rival anything in the world.

“There is a state program based on the German experience that runs until 2030, so I am extremely optimistic for the future,” adds Nepomnyashchy, who also believes that hosting a major event for the first time will give the country’s football fresh impetus. 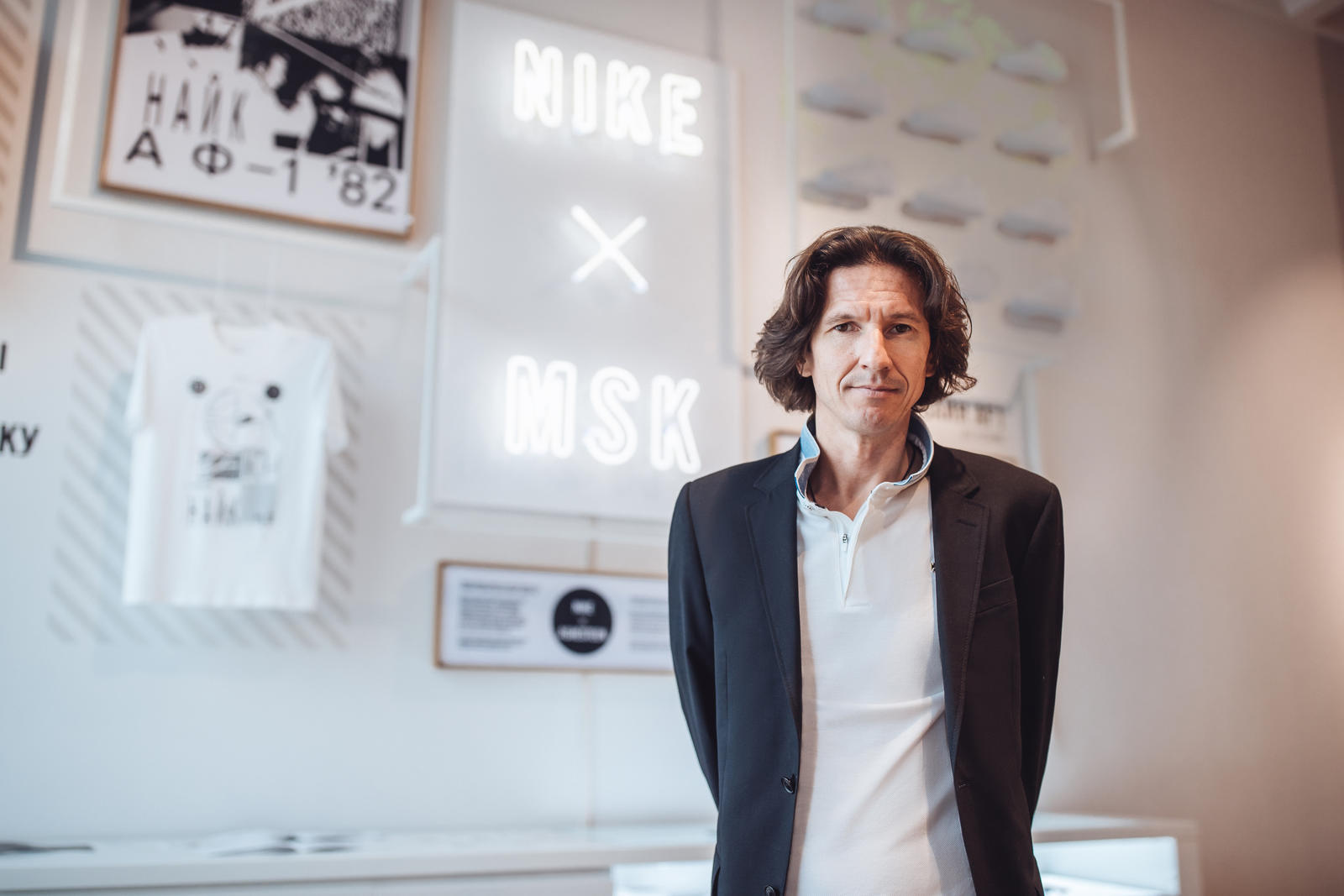 While coach Nepomnyashchy was reveling in the glory of Italia ’90, Alexey Smertin was 15 years old, watching on a small television at his parents’ home in the Siberian provinces.

Now 42, Smertin can look back on a career that saw him win 55 international caps and skipper his country. Since retiring, he has entered politics and in 2009 was elected to represent his native Altai region. These days, he’s a well-heeled and enthusiastic spokesman for next summer’s tournament in his role as an ambassador for the Russian federation.

“Football is number one in Russia,” he says. “I am a good example because I was born in Siberia, and four or five months of the year I had to play on the snow. I still became a decent player. My father was a coach and football was our passion.”

Smertin is an anomaly among Russian footballers in that he enjoyed a nomadic career, spending his prime years in France with Bordeaux and in England with four Premier League clubs, including Chelsea.

“I experienced great things in France and England and I want to bring the best parts of that to Russia,” he says. “Next year we have an opportunity to showcase our warmth, our diversity, our love for football, our hospitality and also our culture… to change someone’s mind about Russia. That is what is most important. That and legacy.”

“It’s an opportunity to showcase our warmth, our diversity, our football and also our culture… to change someone’s mind about Russia.”

Of the 12 venues for next year’s matches, seven are brand-new stadiums. The other five have all undergone significant upgrades, while the roads and transport links to the venues have all been bolstered. Five of the new stadiums will become home to second division clubs.

“If you asked me 10 years ago about hosting this tournament, when I was a player, I would have said it was all about the result,” says Smertin. “We need to win, show everyone our strength and quality and go for the gold medal. Now, I am retired and work as a football administrator, and I realize it is about legacy.”

Passion for football in Russia is clearly deep-rooted and also alive and well despite the national team’s difficulties and their clubs’ struggles to compete with Western European rivals. Next summer’s tournament can only fortify this affection for the game – especially if the Sbornaya were to defy their doubters.

The soul of Russian football is children flocking to the korobka. It’s the fragility of Boychuk’s aspirations for a professional career. It’s in Smolov’s tears, in Smertin’s journey to the top and it’s in Nepomnyashchy’s determination to shape the next generation of players at 73 years of age.

“What is Russian football? Football is football,” says the veteran. “In Africa, in Asia, in Europe, wherever… it’s the same. Football is the world’s game and Russians love it.”