The lion has always been a powerful symbol in Dutch culture, and in 2020, it roars from the very heart of the Netherlands’ new Nike collection. 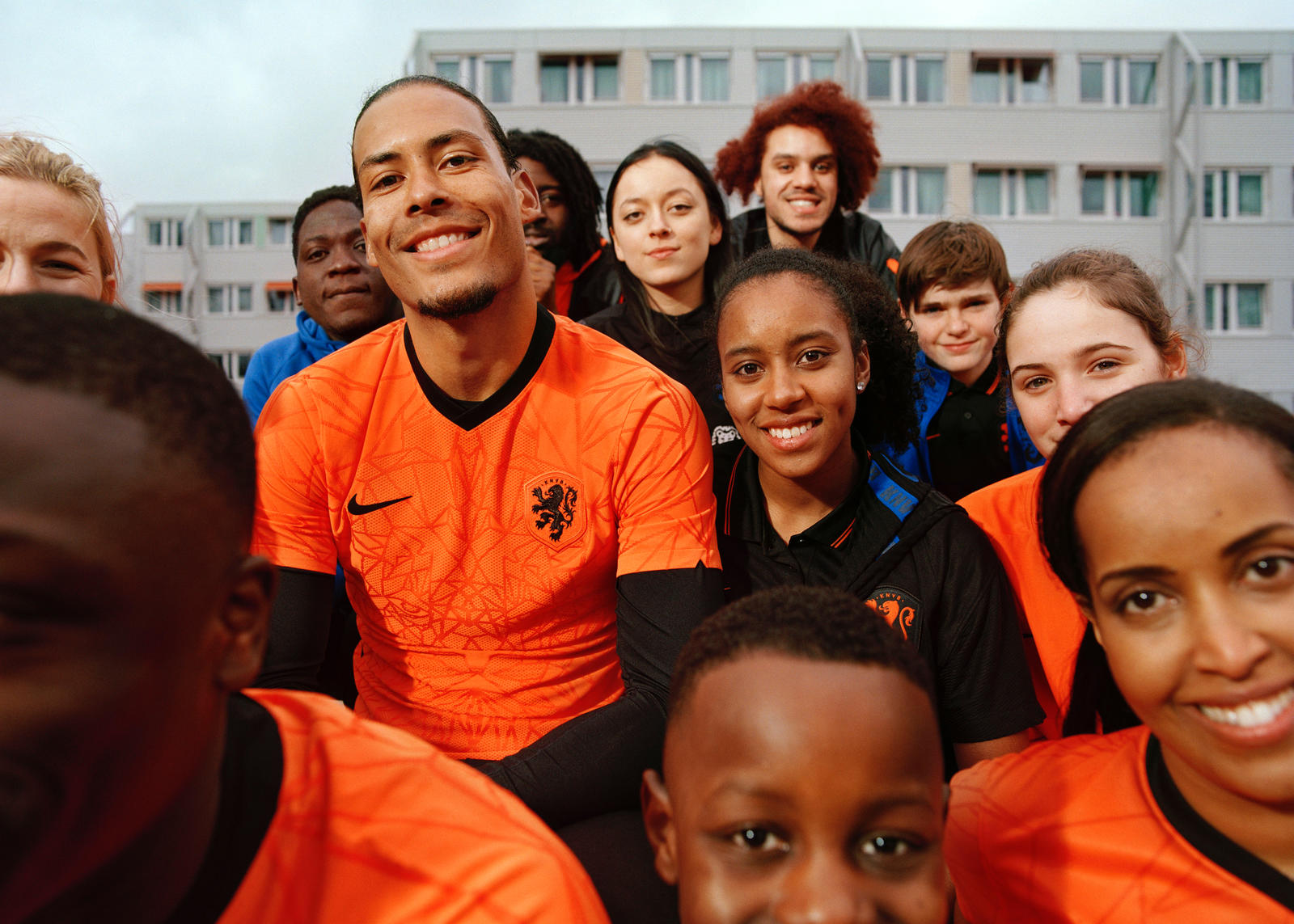 Netherlands national team players Virgil van Dijk and Jackie Groenen met with young athletes and figures from the football family to celebrate the launch of the new Oranje kit and the positive impact of the game on Dutch communities. Images were produced pre-COVID-19, and may not reflect current regulations around social distancing.

“It felt essential to create a collection absolutely packed with national pride," says Scott Munson, VP, Nike Football Apparel. "Integrating the KNVB’s lion directly into the knitting structure of the kit is a first-of-its-kind development in football.”

Appearing on the Netherlands’ coat of arms and the KNVB crest, the lion’s characteristics of pride, strength and courage are celebrated in an innovative new home design that includes an exclusive knit depicting the face of a brave and fearless lion. The tonal orange color palette means the outline of the lion makes a firm but tasteful impression. The lion occupies the front of the jersey, helping both the men and women’s KNVB teams make a statement of intent.

“This kit is really special,” says defender Virgil van Dijk. “I’ve never seen anything like it, and I love the message it sends. We need to have the mentality of lions to be successful and we will show everyone just how proud and strong we are.”

The lion is fully integrated into the knit of the famous orange home jersey and is framed by a thick black V-neck collar and black side stripes. The stripes are embossed with a KNVB wordmark. Orange shorts and socks, both with black detailing, complete the look.

“This kit is really special. I’ve never seen anything like it and I love the message it sends.”

The Netherlands away comprises black shirts, shorts and socks for a stylish and confident look. The jersey features a button-down collar with orange trim. The buttons are inscribed with the words “KNVB/Nederland.” Flashes of vivid orange light up the jersey in the shape of a Nike Swoosh, crest and side stripes, also embossed with the KNVB wordmark.

KNVB appears inside both home and away shirts, alongside an orange crown, as an inner pride feature that pays tribute to the Dutch Royal Family. 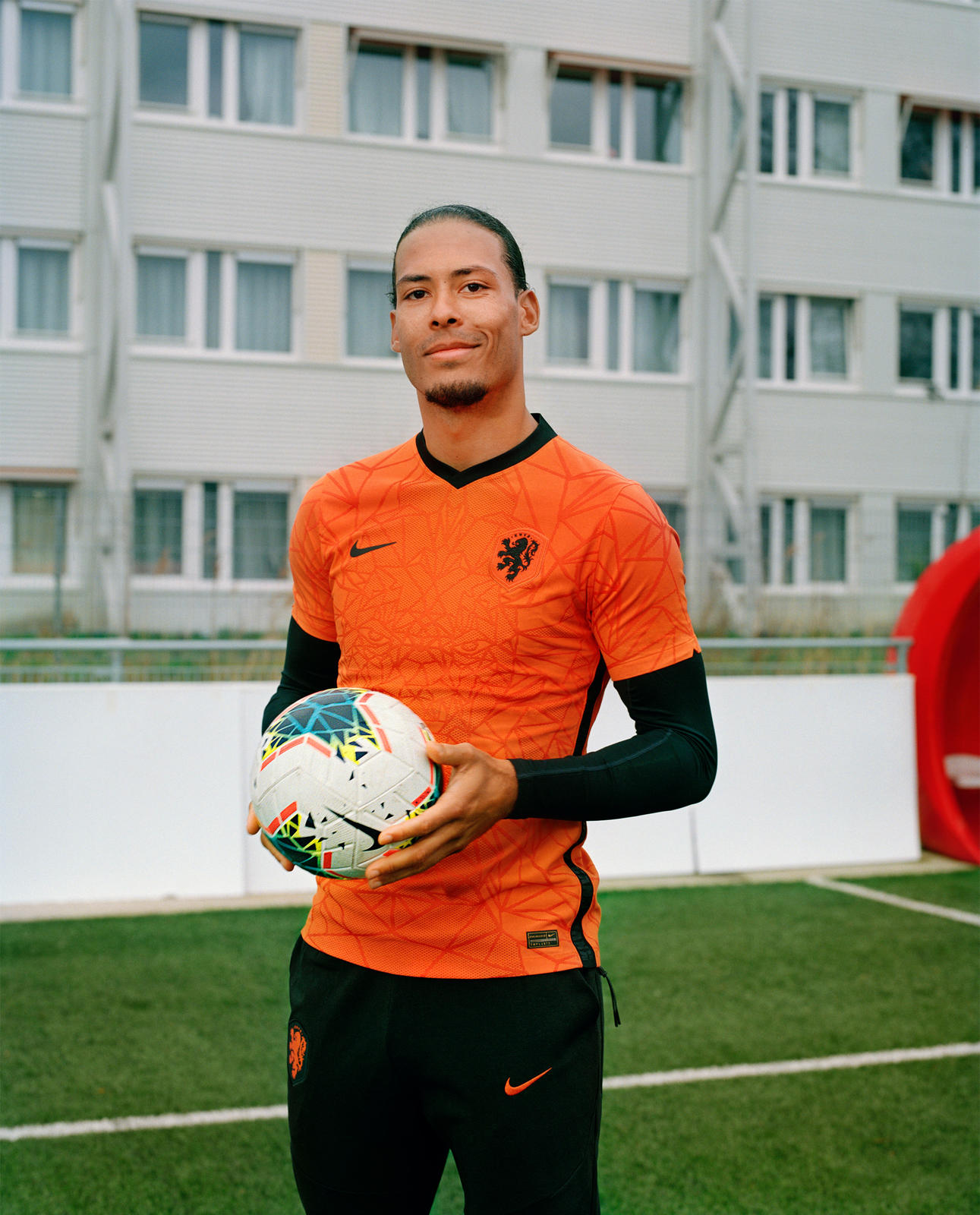 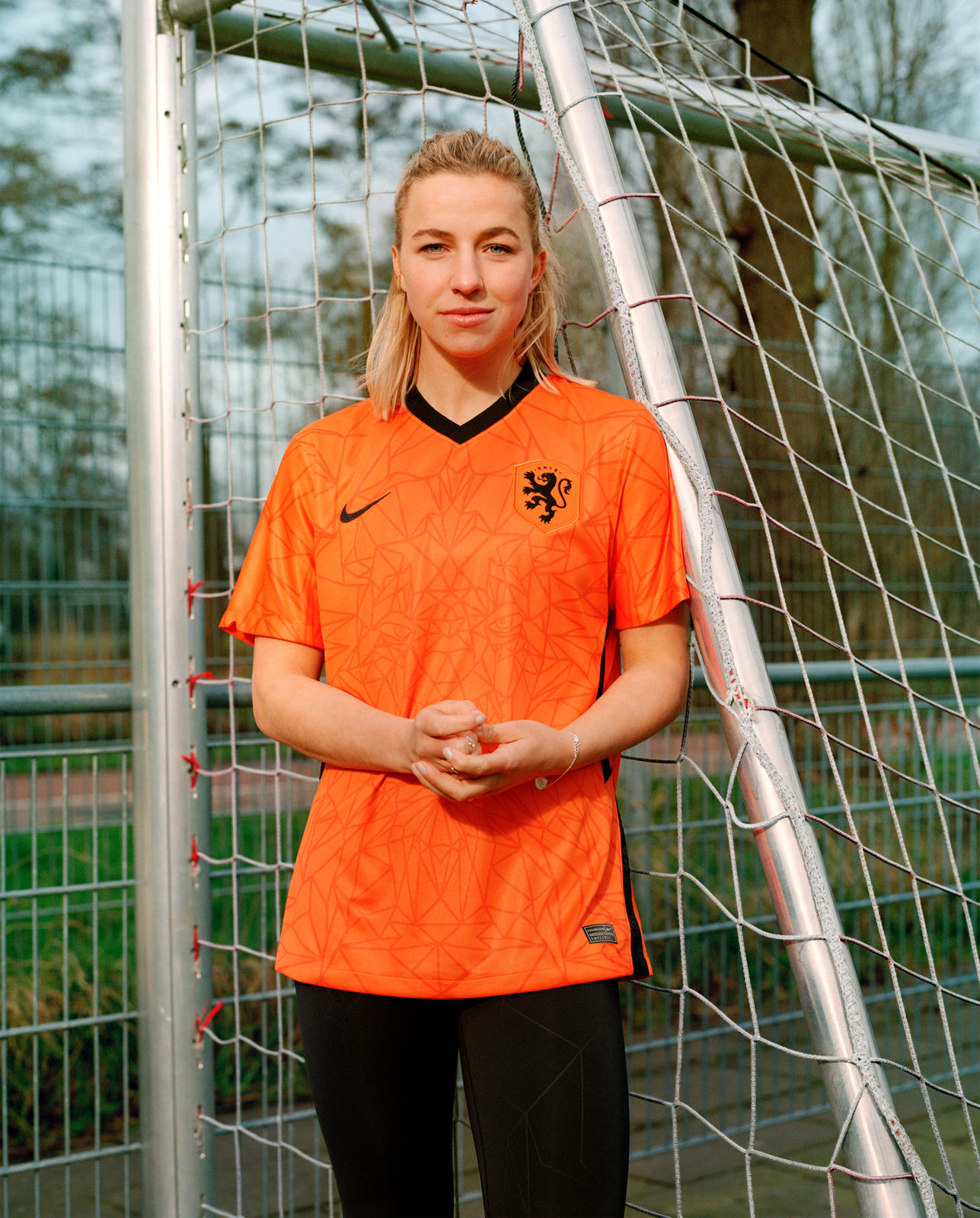 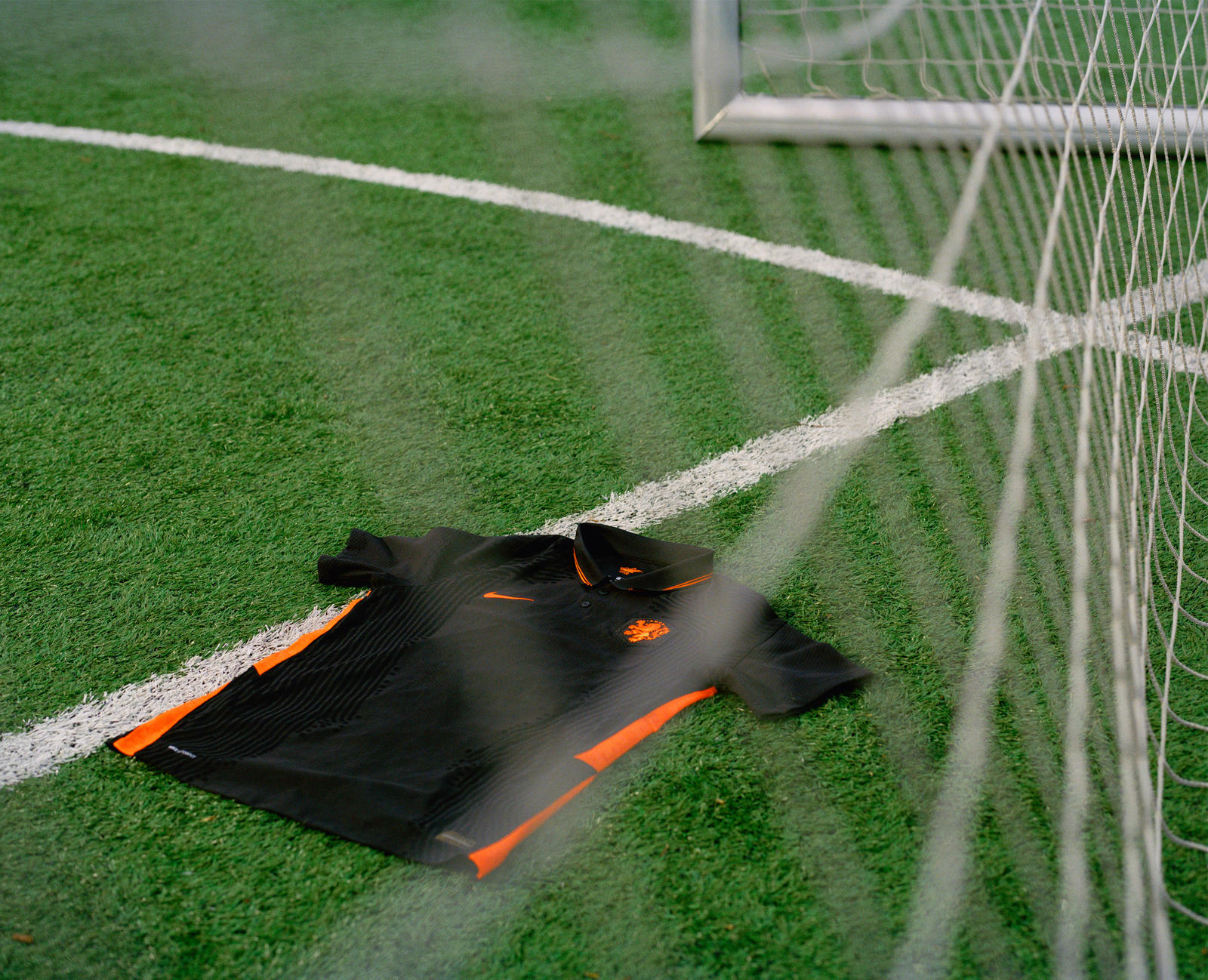 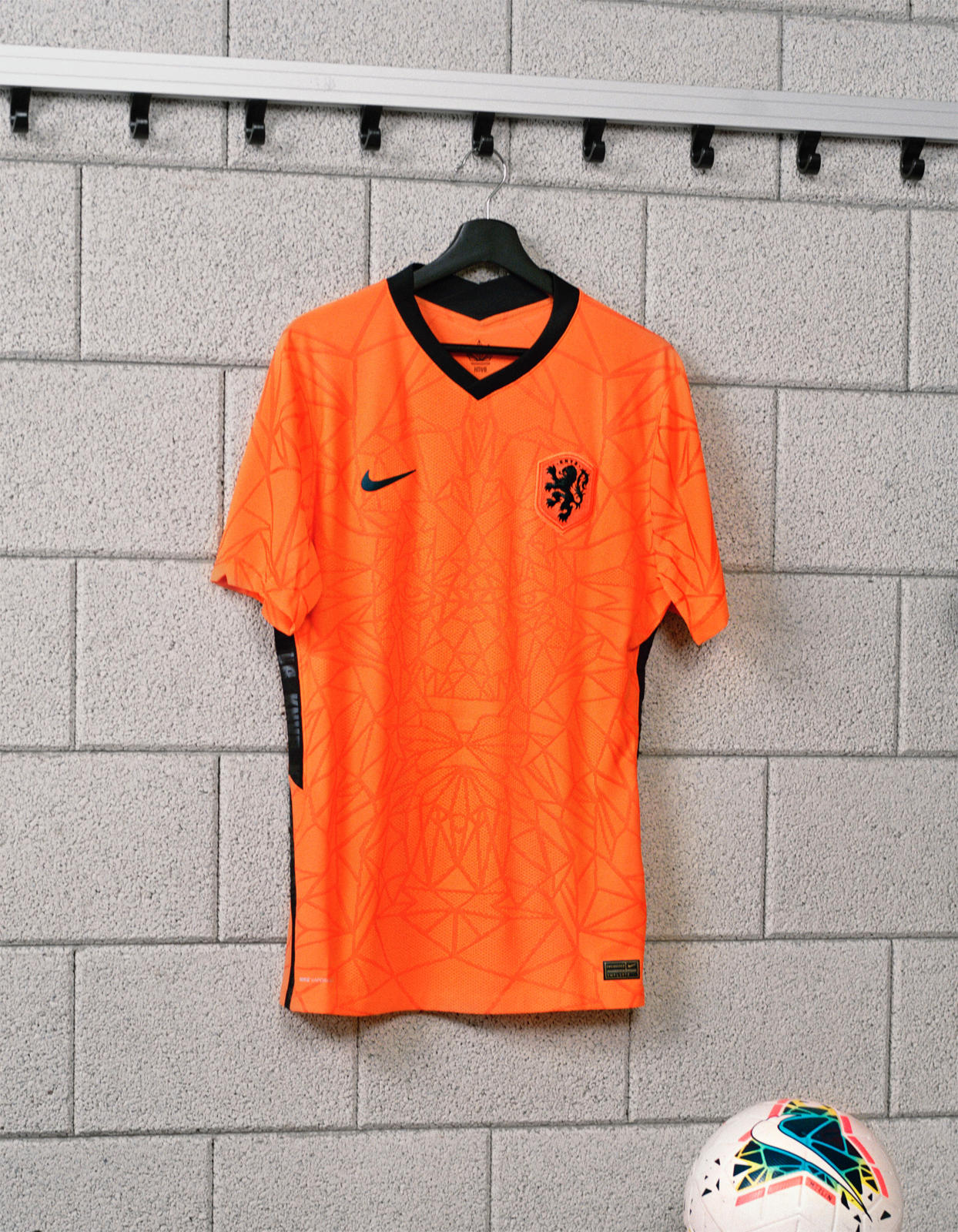 The 2020 Netherlands home and away kits are available at nike.com September 1; the full collection is available in all Nike and partner retail stores September 4.