New Mercurial 360 Builds Upon the Best 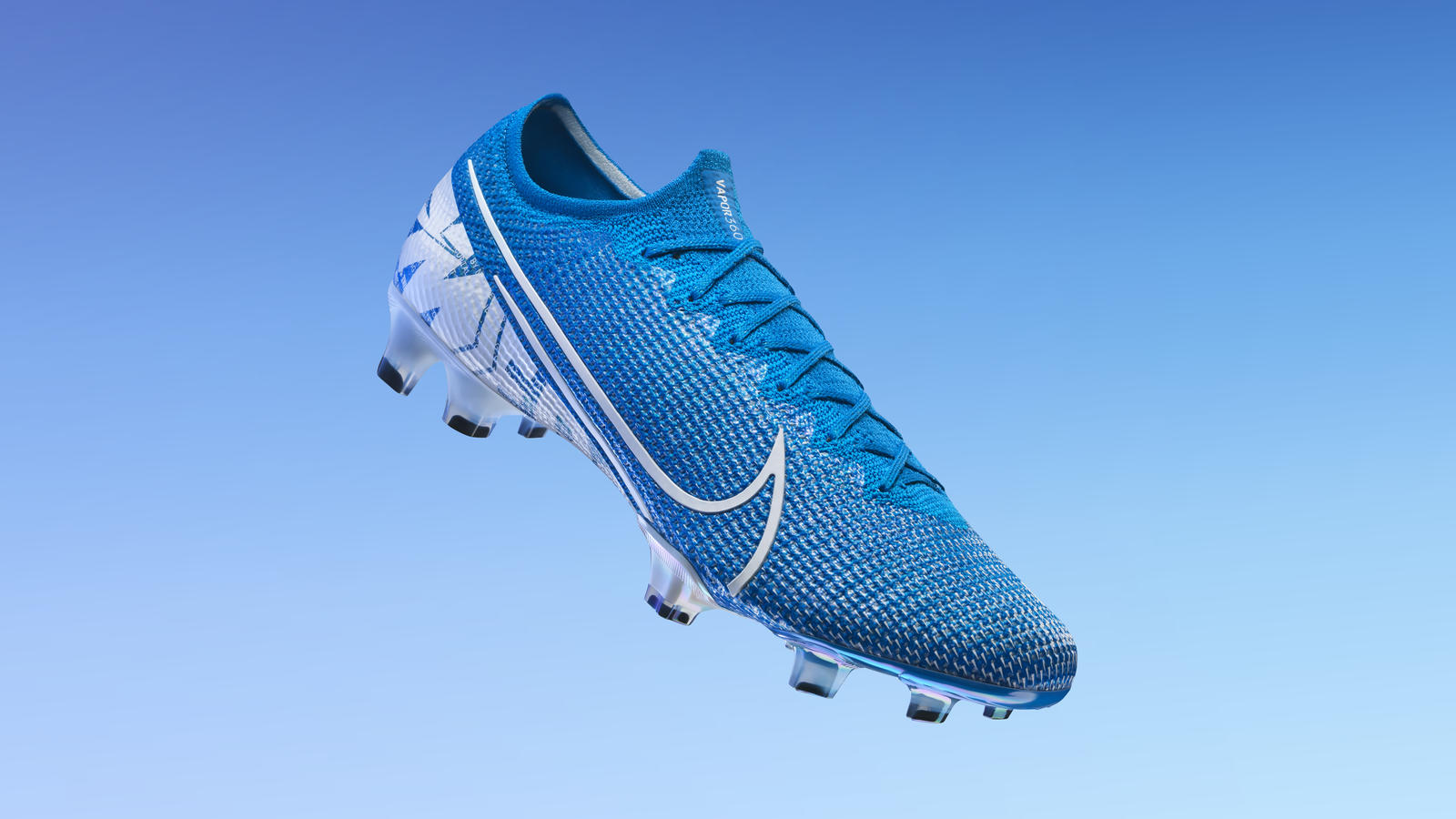 Since making its unforgettable first impression in 1998, the Nike Mercurial has had an unbreakable history-making lineage.

That lineage is injected with a certain magic. Few football boot lines blend a legacy of innovation and on-field brilliance like the Mercurial.

It also helps that it has become an athlete favorite. In fact, the 2018 Mercurial 360 is one of the most beloved Nike boots of all time. Of the hundreds of professional players wearing the boot, only five in the world have opted to have their Mercurials modified in any capacity. When asked to rate the boot on a scale of 1 to 10, professional players overwhelmingly rank it as a 10. The lowest score? One lonely 8. 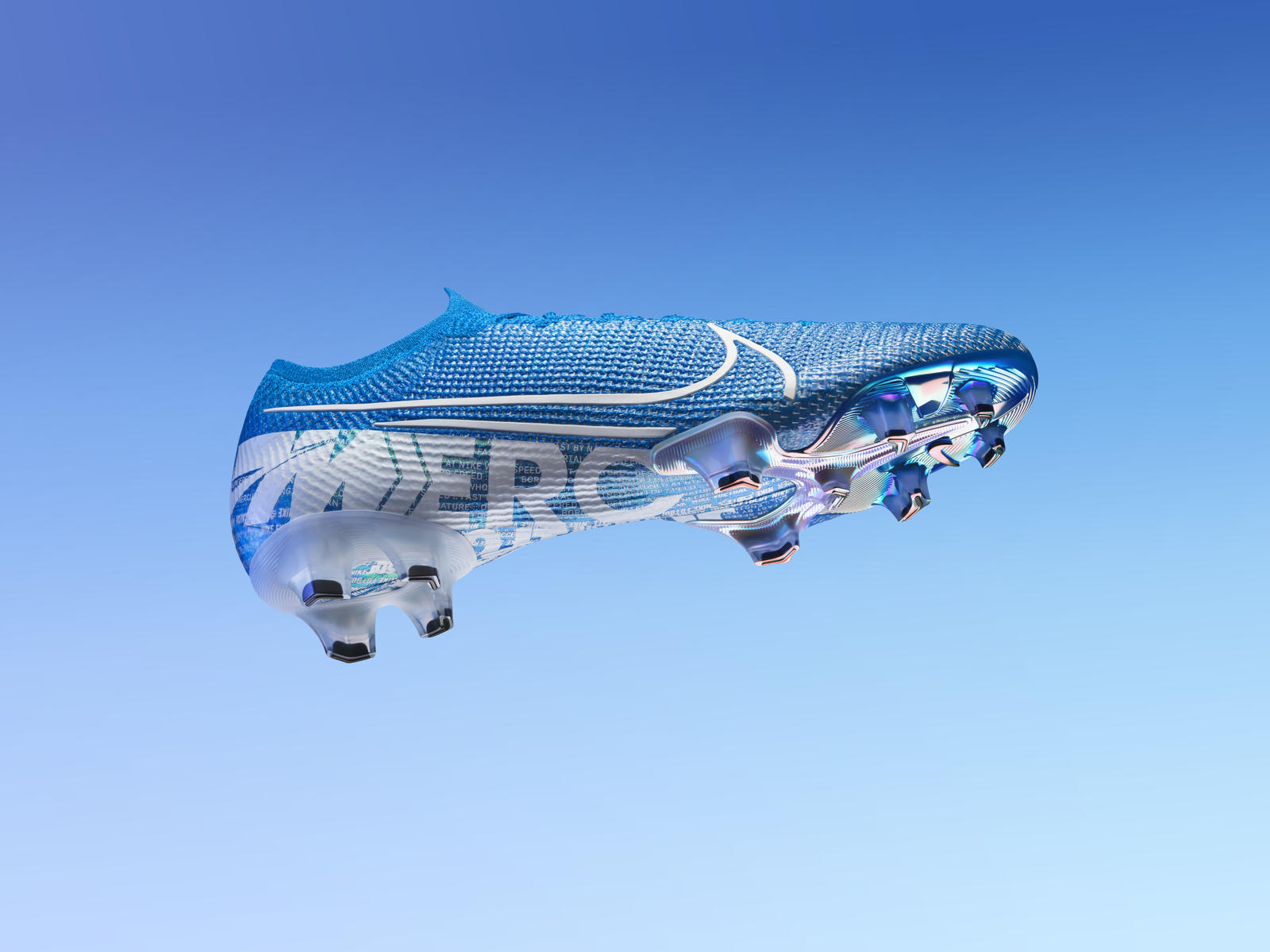 For a design team that starts every project by listening to the voice of the athlete, that 8 serves as a challenge. The 2019 Mercurial breaks the previous two-year cycle of innovation upgrades, working to make the boot better on a faster timeline than ever before.

The result is a Mercurial with improvements over its predecessor in upper and plate technologies, as well as an upgraded graphic language. 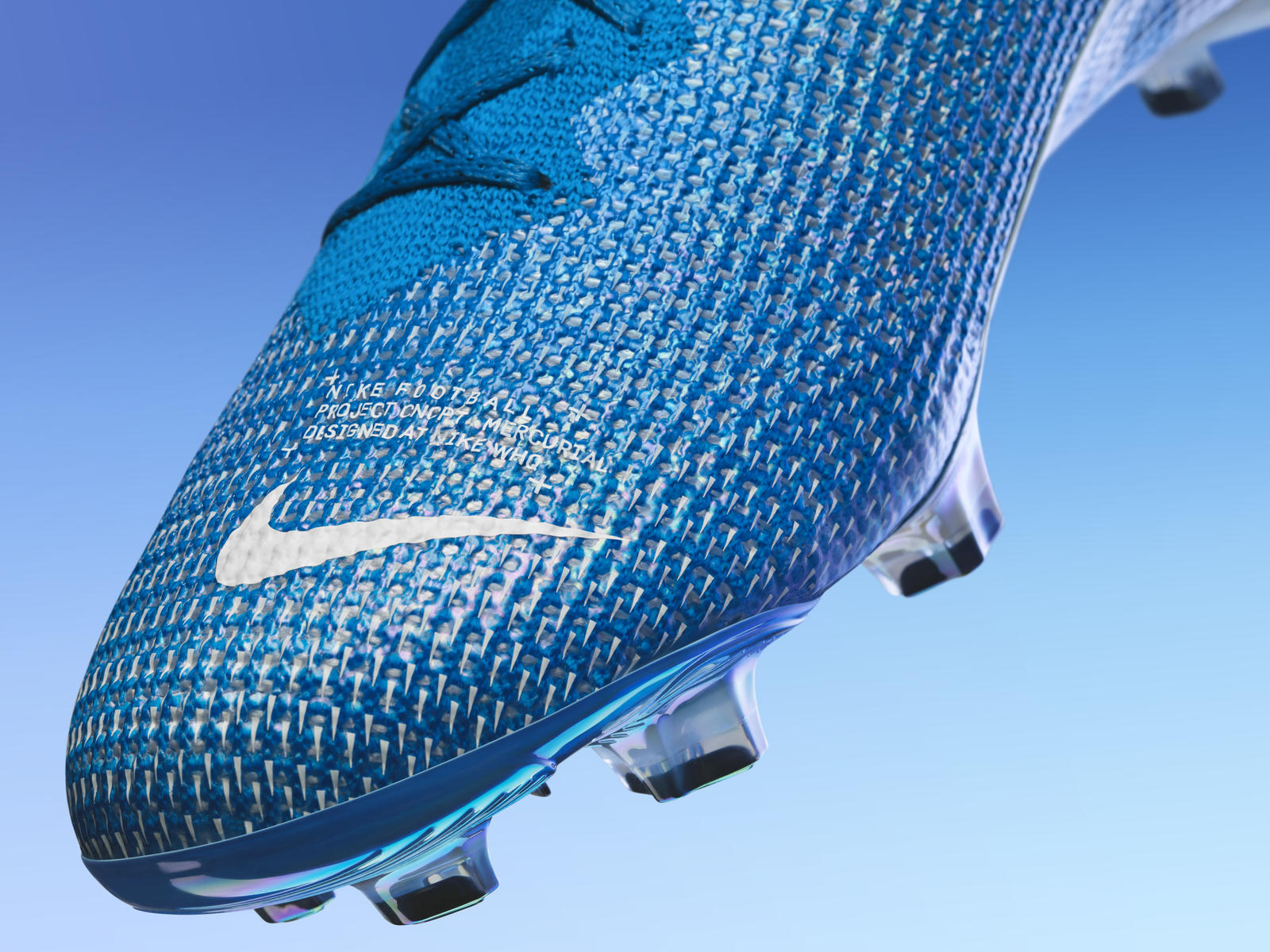 The structure of the knit upper of the 2019 Mercurial is more open than that of the 2018 version. This lessens any stiffness of the material, making it softer and more comfortable. High tenacity yarns, which are an elevated version of Nike Flywire, are then integrated into the structure for lockdown from heel to forefoot. These high tenacity yarns keep the boot from stretching out and make the 2019 Mercurial upper Nike Football’s strongest Flyknit offering to date. The upper construction also marks the first time Flywire and Flyknit have been melded into one, which adds to a history of firsts in the Mercurial line.

The addition of All Conditions Control (ACC) prevents the boot from being porous. 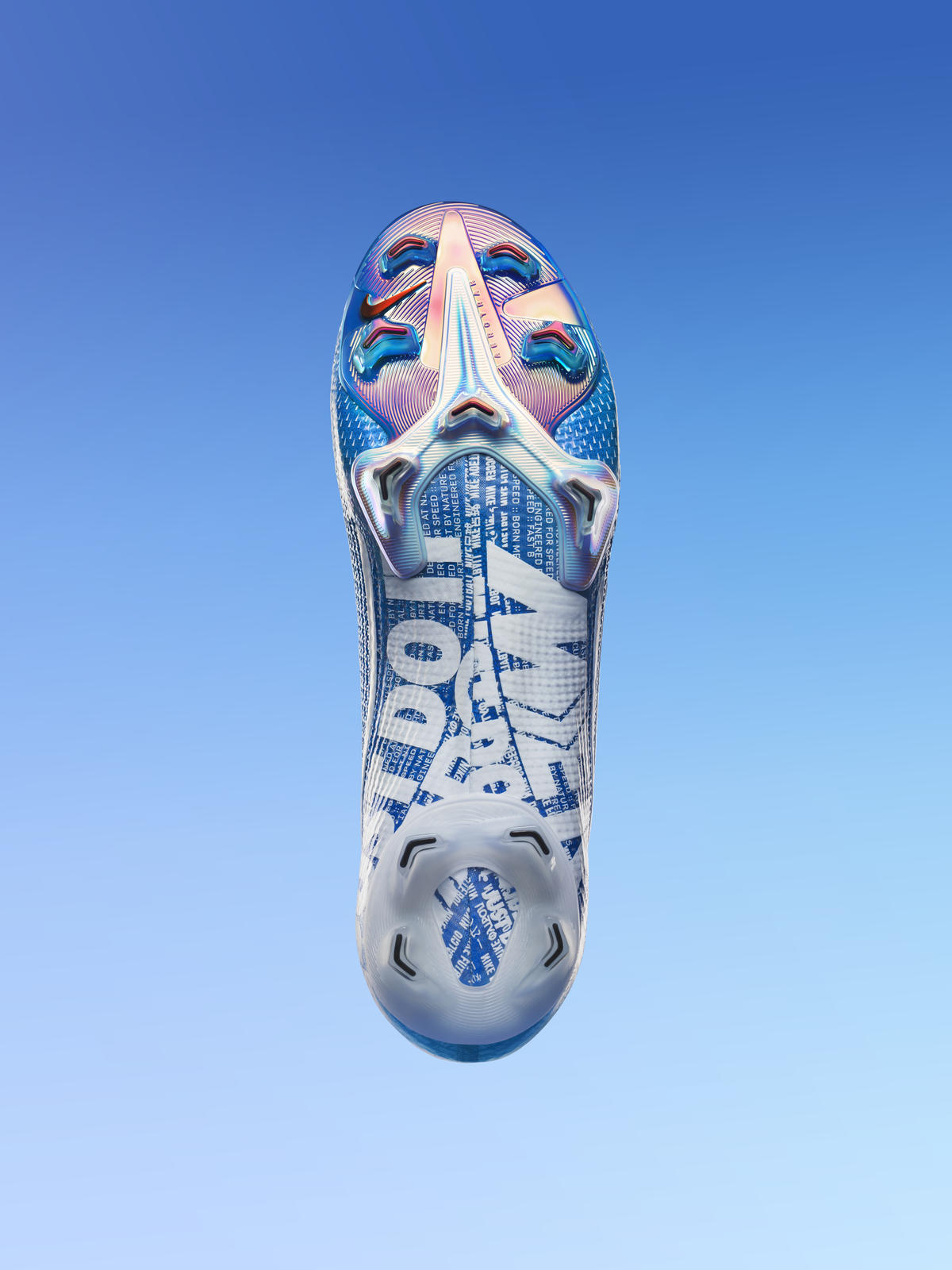 Taking inspiration from speed cycling shoes that clip into pedals, the new Nike Aerotrak plate serves as the power transfer area. In conjunction with the revamped internal chassis, Nike's Aerotrak plate delivers more snap than its predecessor. It is intentionally minimalist, leaving only what is truly needed — and shaving weight off the boot in the process. The 2019 Mercurial 360 comes in under 200 grams. 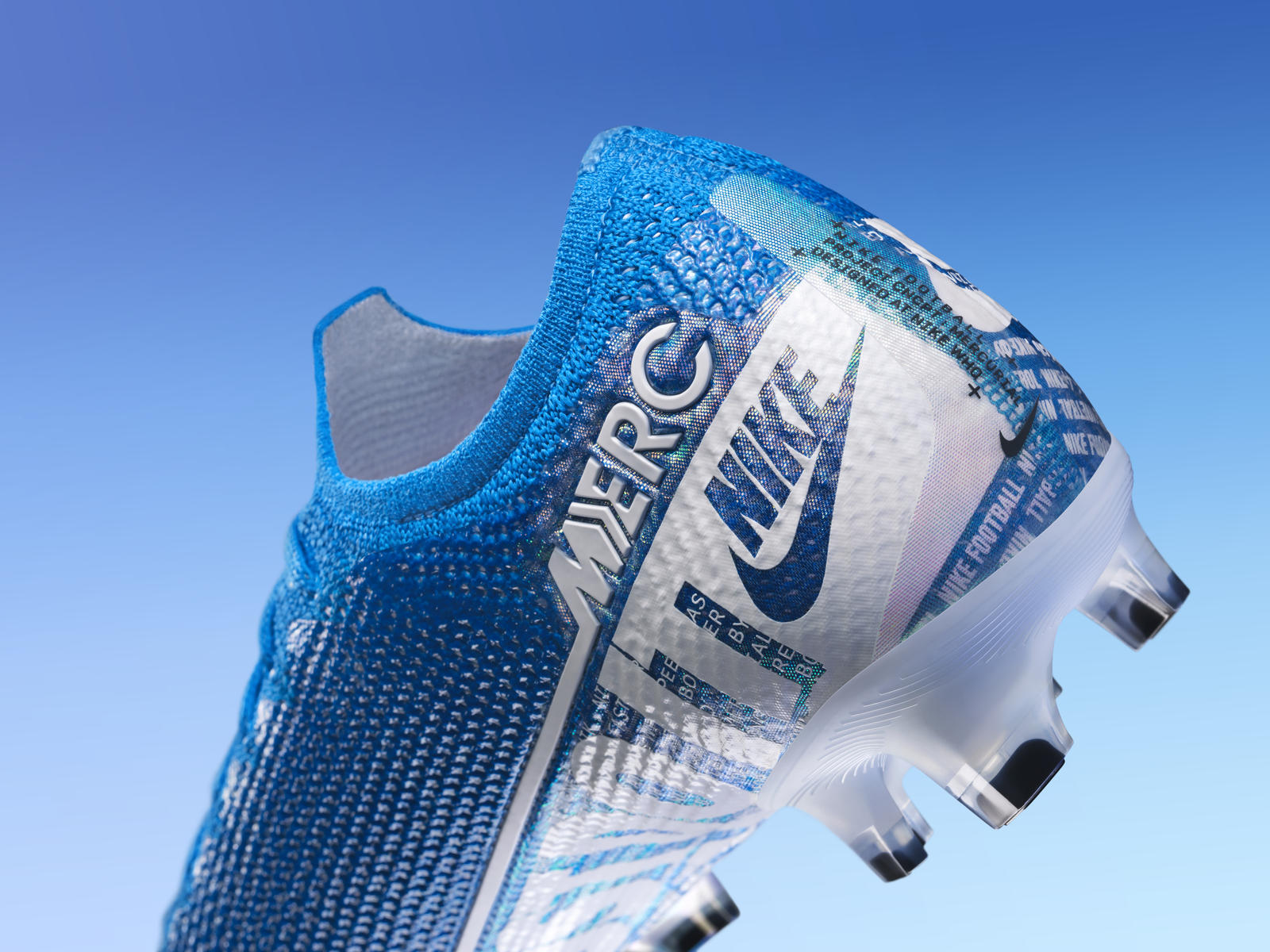 Take a look at the drop Swoosh on the boot's lateral side. The logo dips down to the stud and continues underfoot — something that can only be done with a Flyknit 360 upper construction.

In addition, Nike’s iconic “Just Do It” slogan and the boot’s nickname, “Merc,” are added to the heel counter. “Nike Football” appears in a spectrum of languages across the plate. Consistent with the boot’s theme of lightweight speed, the lateral Swoosh has been left hollow and open-ended on the tail.

Made in Italy, the 2019 Mercurial 360 Vapor/Superfly will debut in Blue Fury and Black colorways. It will be available July 7 on nike.com.