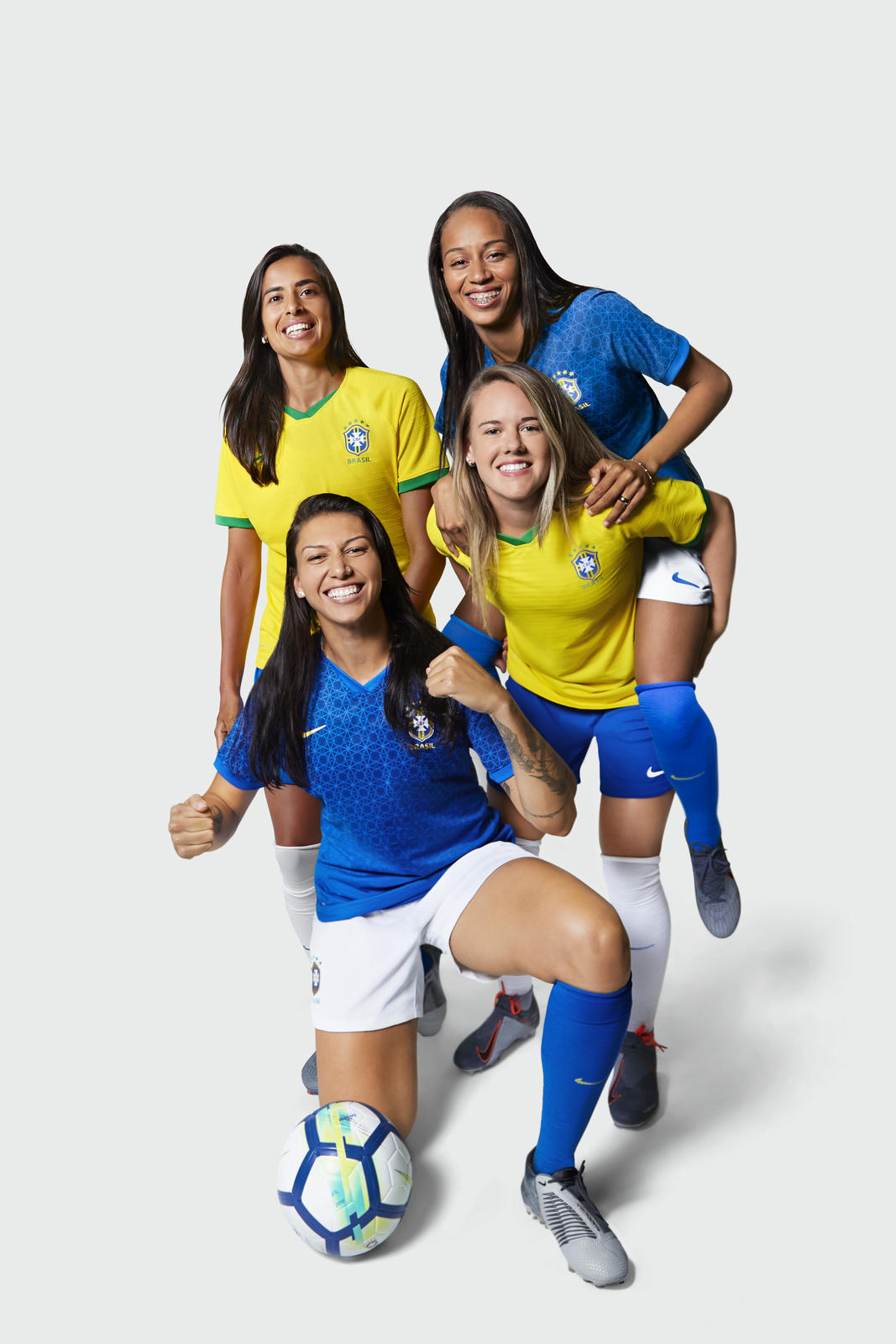 Playing football for Brasil carries a certain responsibility. First and foremost, wearing the yellow jersey is tantamount to embodying the nation's flag itself. Second, there is the pressure of living up to the winning tradition and fans' passion and support. For Brasil's women, the Mulheres Guerreiras, 2019 marks the time to transition from regional dominance to world winners.

“It’s a great pride to represent the country, raise the banner of women’s football and wear the Brasilian jersey in another global tournament. I had Marta, Cris, Formiga as my heroes — warriors who did so much for the sport — and now it is my turn playing next to them,” says Andressa Alves, Seleção Brasileira striker and the first Brasilian ever to play for FC Barcelona Femini. 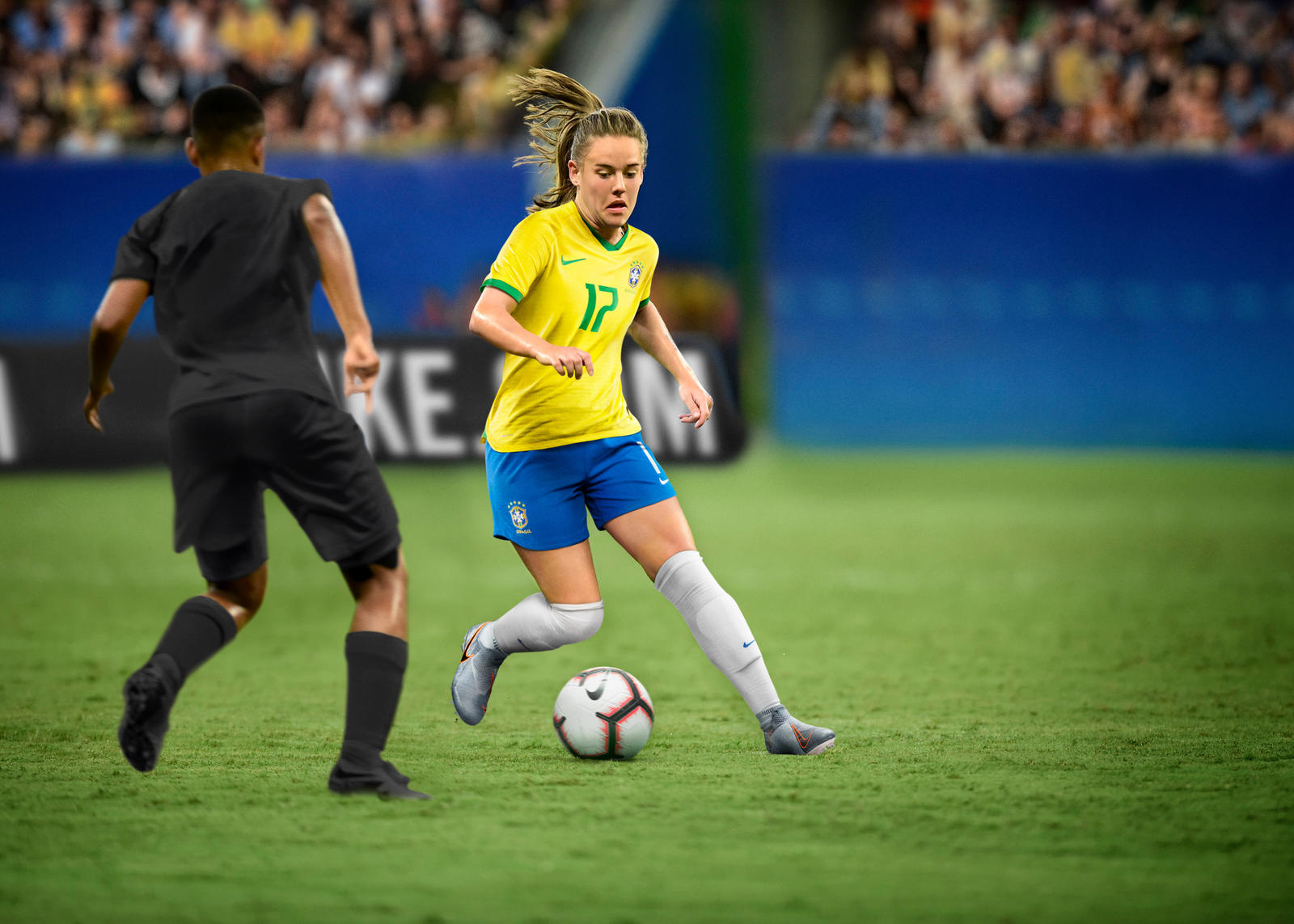 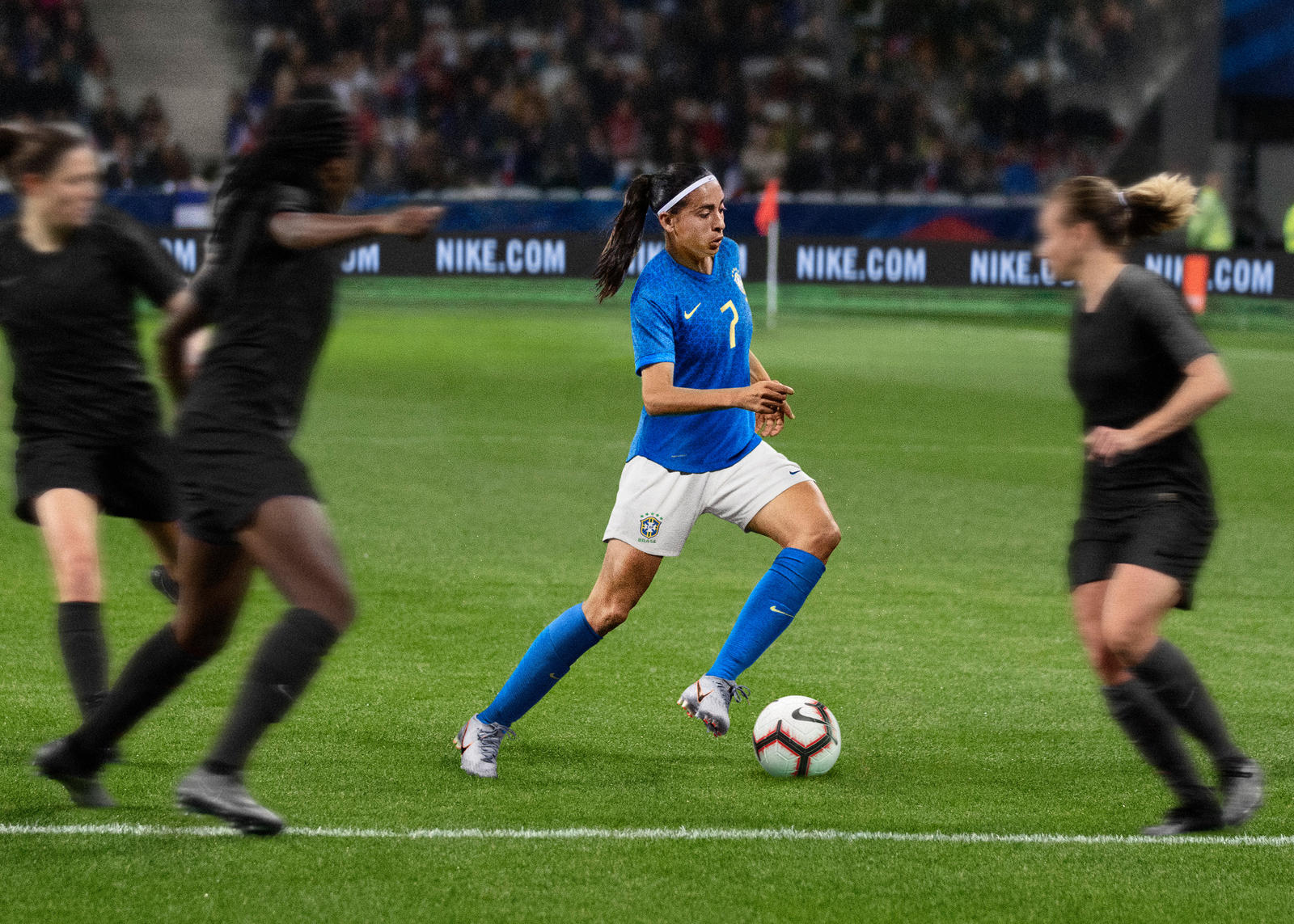 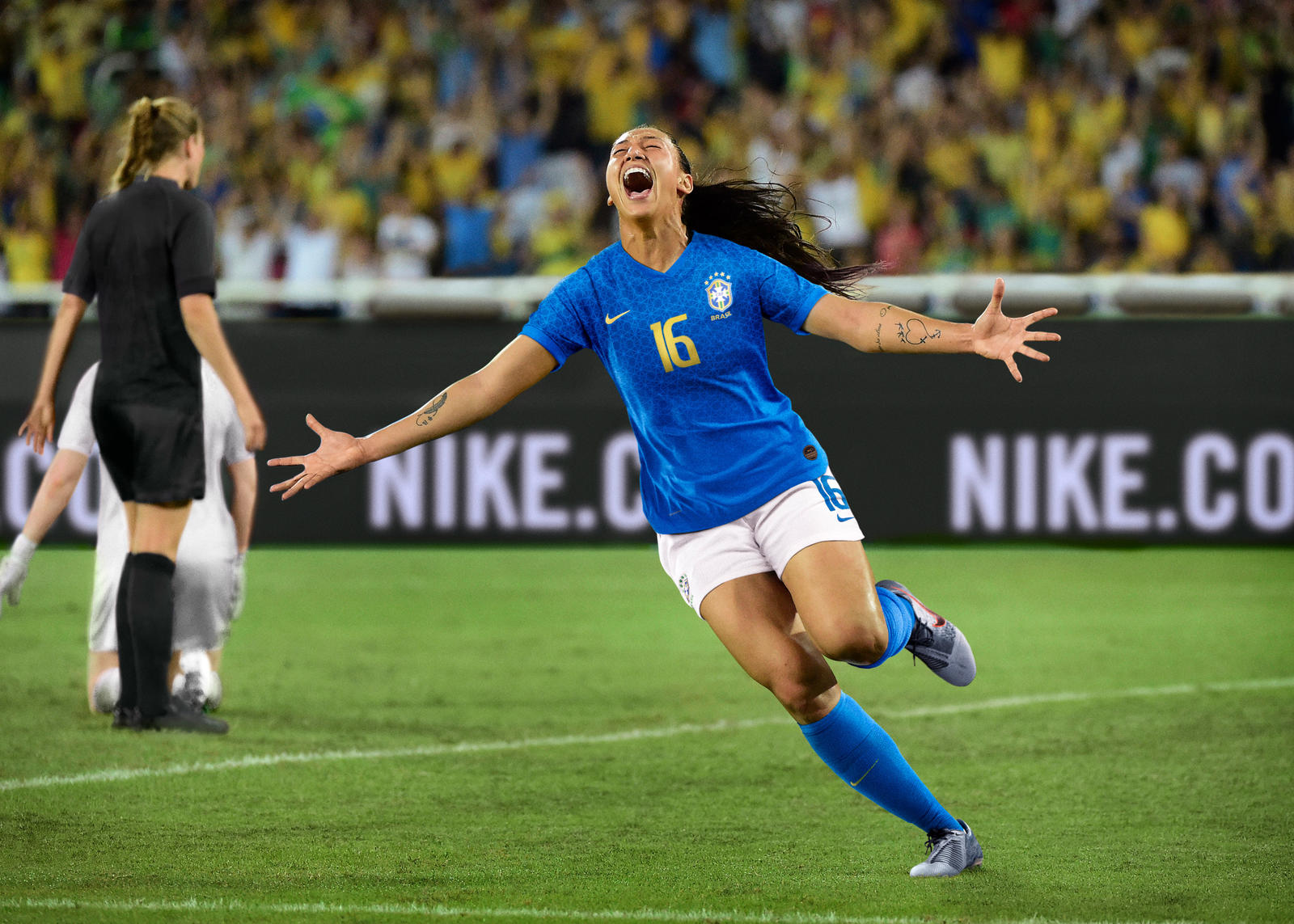 At home, the CBF women will wear an exclusive version of the nation's sacred yellow kit. The body features the same Samba Gold, pulled from the 1970s, as the 2018 men's kit, and introduces lucky green accents on the cuffs. This shirt is balanced by blue shorts and white socks — an undeniably Brasilian aesthetic.

The Seleçåo Feminina's away kit modernizes a favorite of Brasil's women — inspired by the constellation of stars in homage to the Brasilian indigenous warriors who, by legend, turned to stars after death. In a dark blue tone with a geometric star graphic representative of the night sky fading from top to bottom, the kit is designed with a modern collar. It is punctuated by a Samba Gold back tape, and soar blue pops at the neck and cuffs. Inside the shirt, an inscription that attests to the country pride reads “Mulheres Guerreiras do Brasil.” 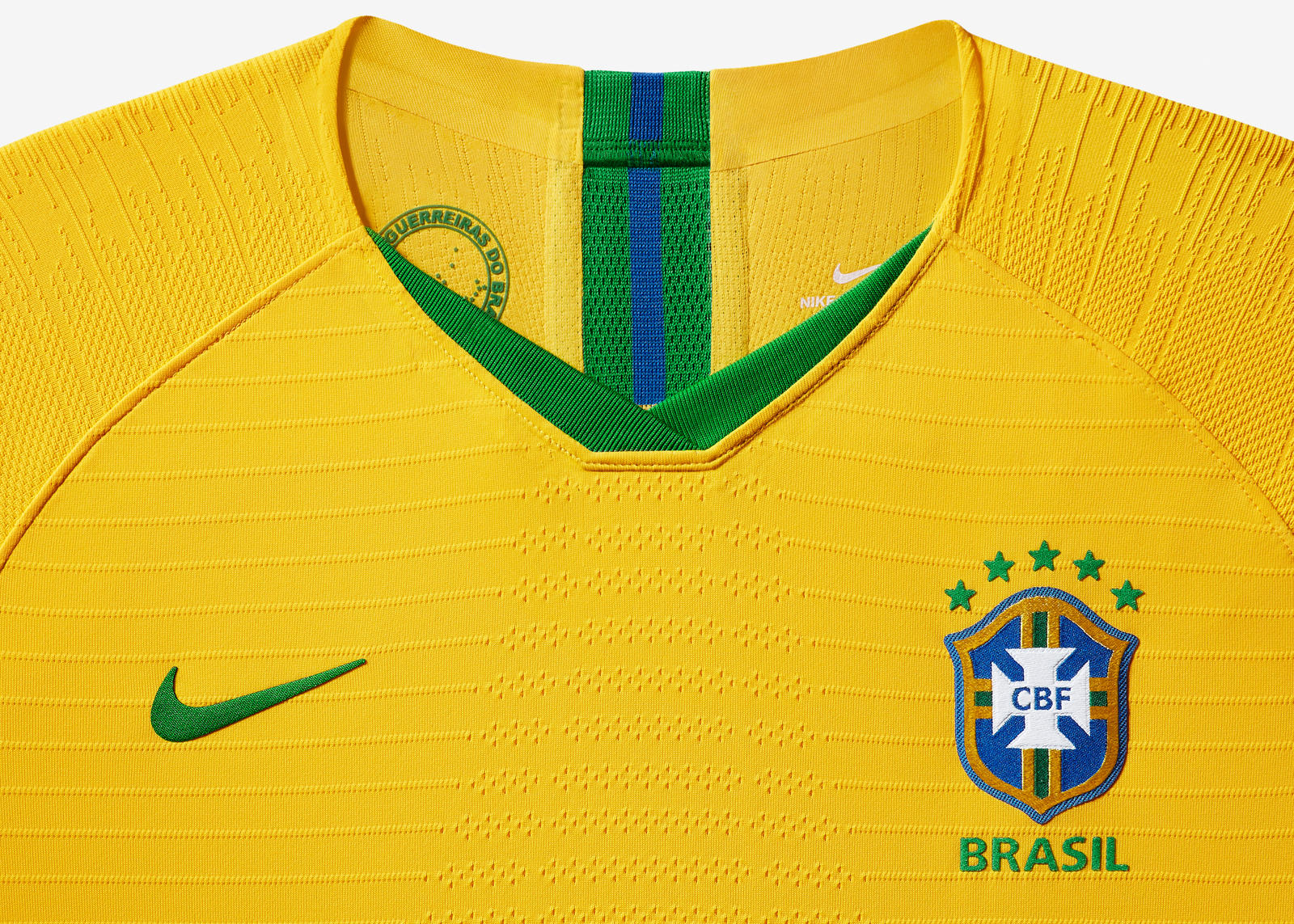 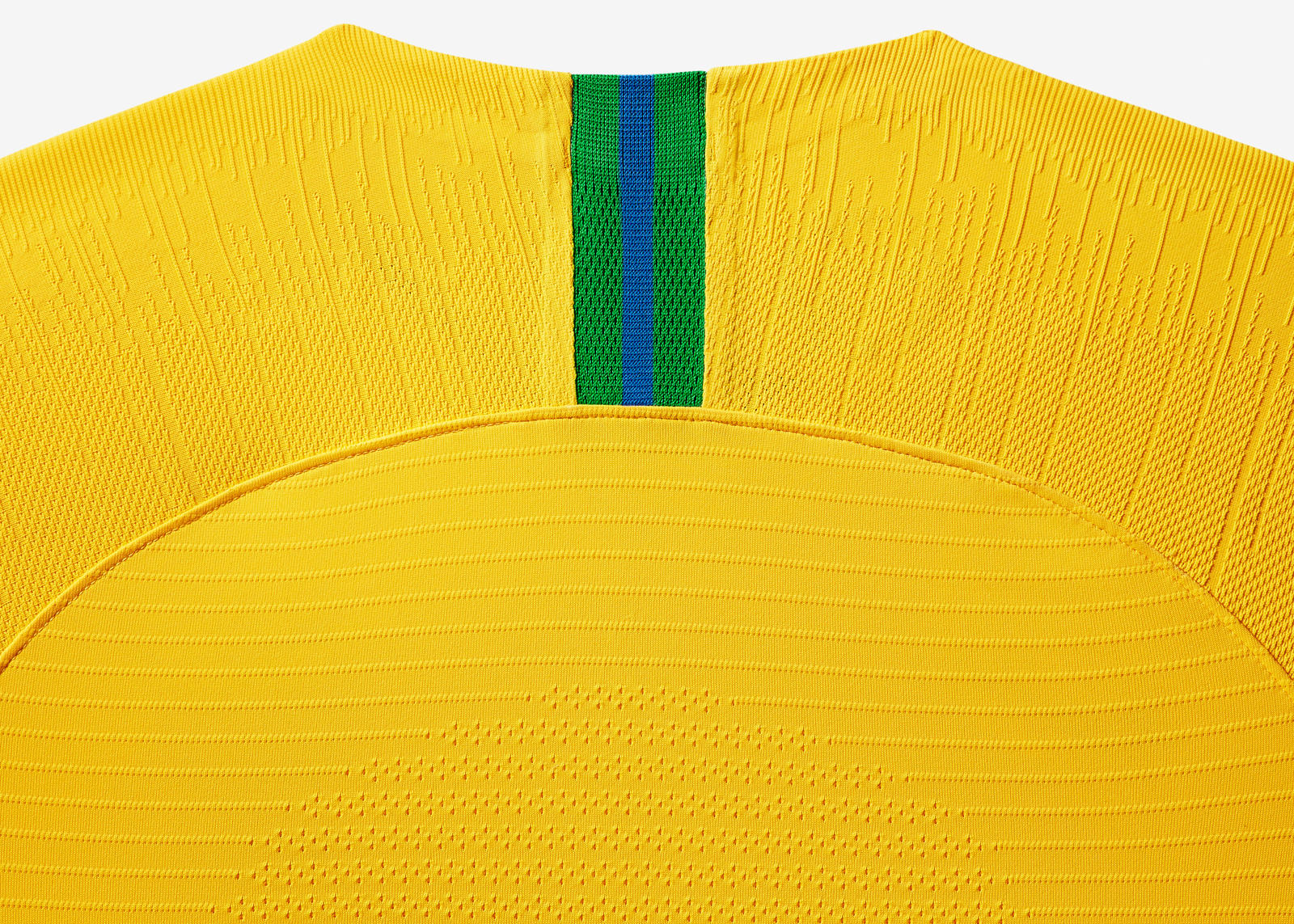 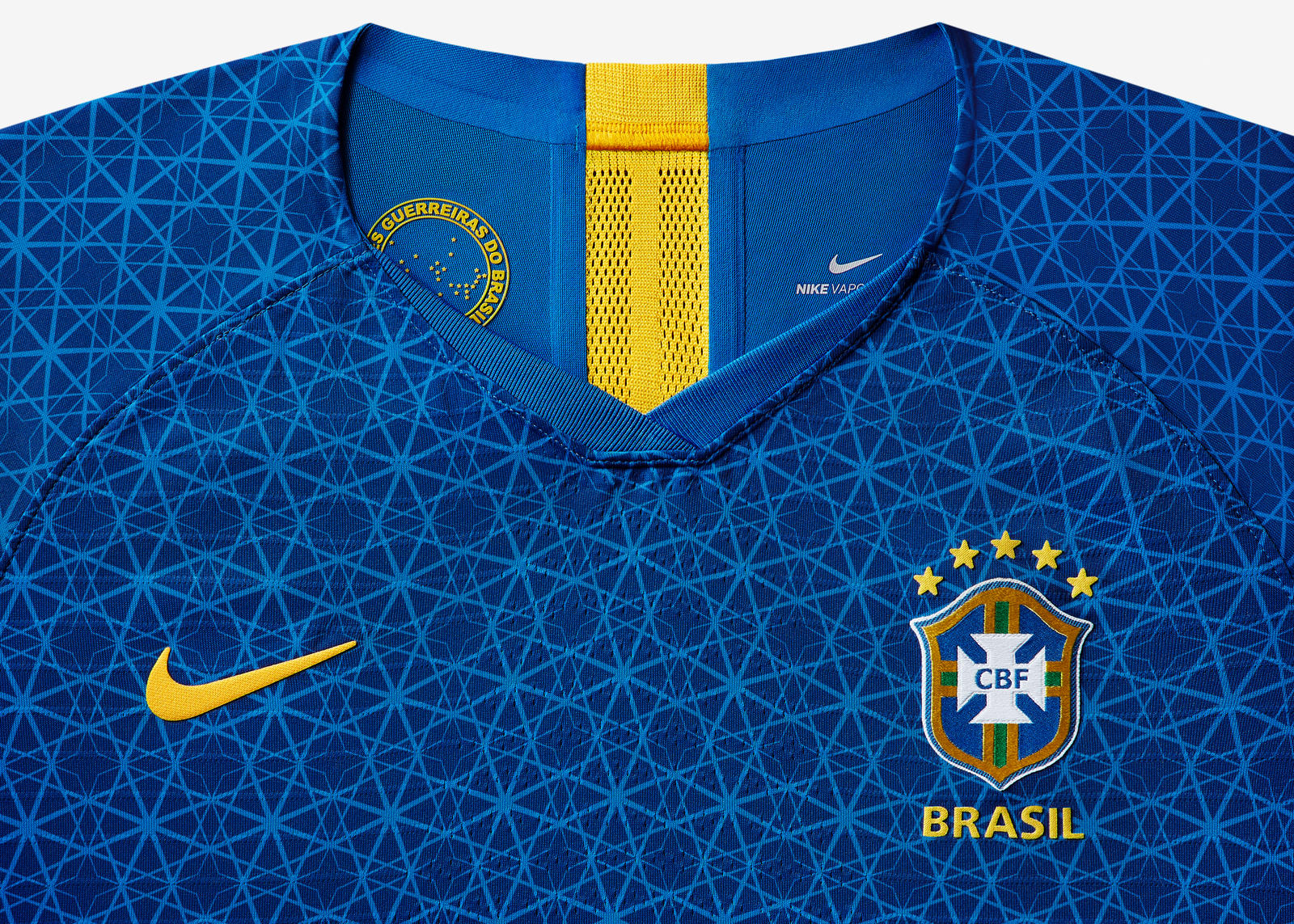 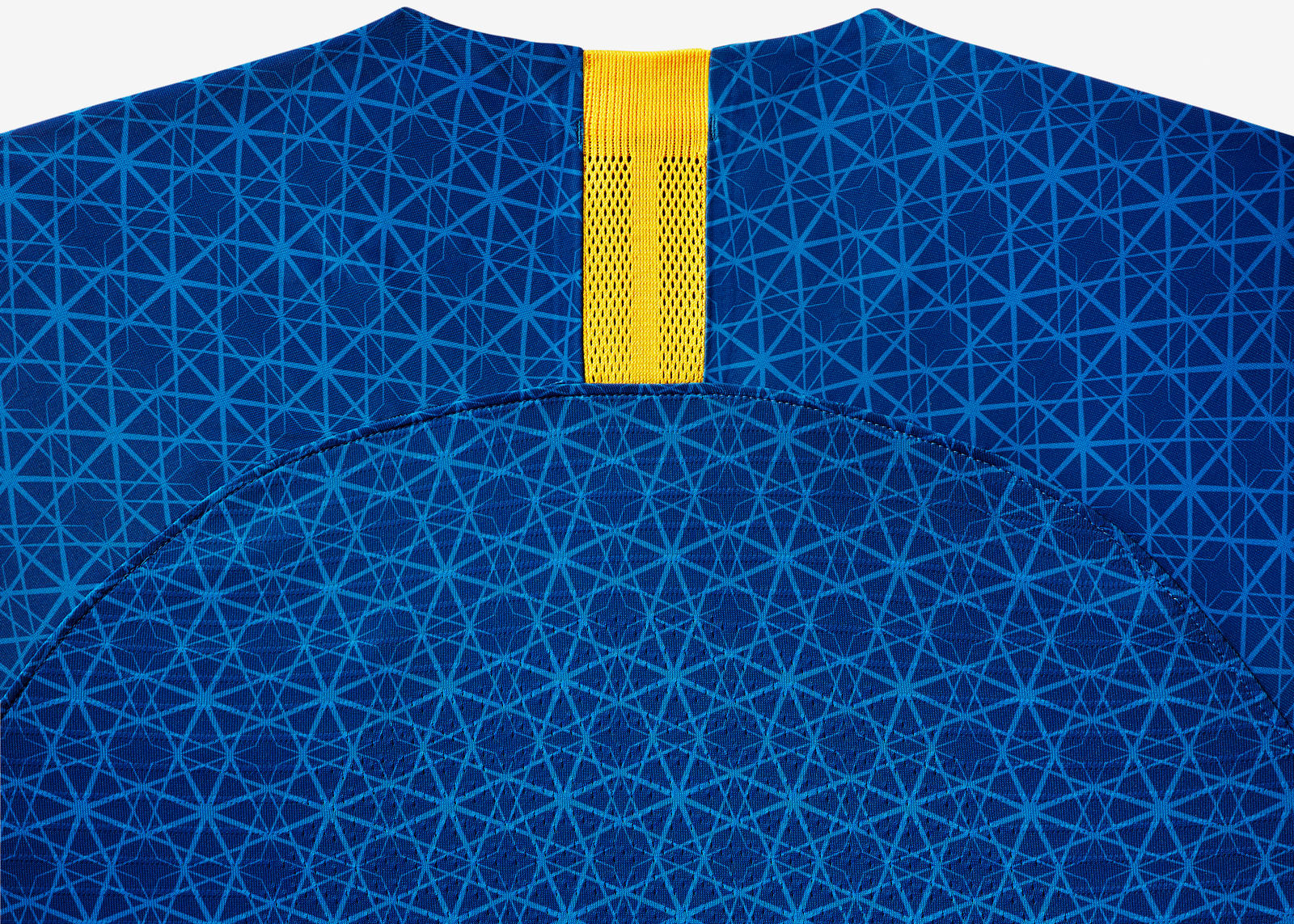 For Alves, the away kit is a true statement of belief: “We are women, we are warriors, we overcome the barriers in the sport and there is no doubt it’s all worth it!”