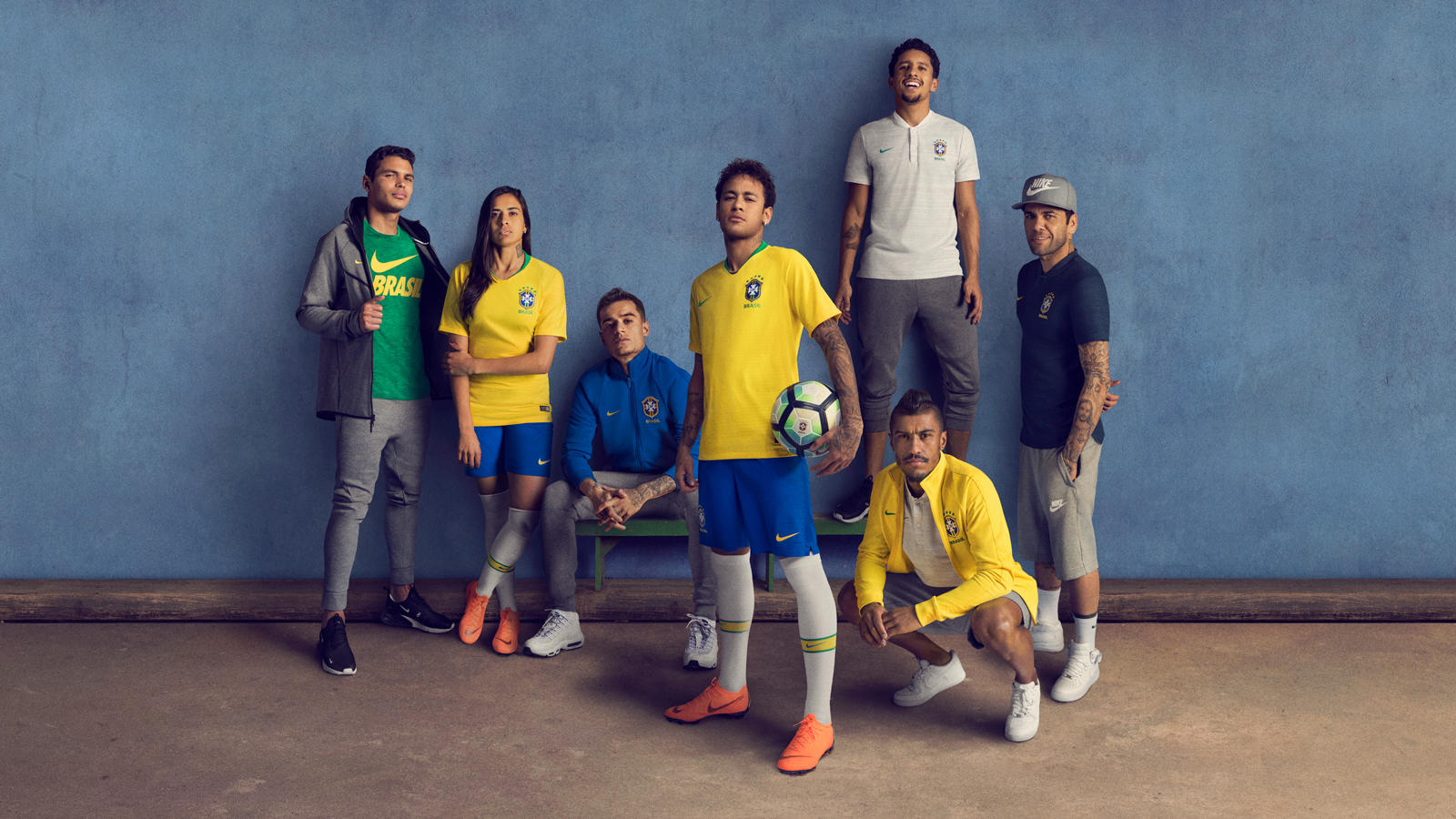 The 2018 Brasil National Team collection, which includes kits, training apparel, pre-match gear and an Anthem Jacket, will be available March 23 on nike.com.

Brasil has worn a yellow home shirt since 1954. But it hasn’t always been the same shade of yellow. This year, the squad will sport a more vibrant Samba Gold than they have in 20 years.

To determine the exact shade, designers took a color swatch book to the Football Museum in São Paulo and matched the yellow with the one used in Mexico in 1970, when games were first broadcast in color.

“The bright, vivid yellow of the Brasilians combined with their style of play really made an impact on viewers around the world,” says Pete Hoppins, Nike Football Apparel Senior Design Director. “It’s one of the most iconic moments in the history of football, and we wanted to channel that energy into the 2018 National Team collection.”

That energy represents a uniquely bold culture and fuels a particularly potent style of play, both unique to the country. “Being Brasilian is about rhythm, a certain type of movement,” says Hoppins. “You see it in the dance, you see it in the art and you certainly see it on the football pitch. Only Brasilians play this way.”

Nods to this vibrant culture are noted throughout the collection. The globe from the national flag surrounded by radiating lines appears at the inside neck of both the home and away kits. The phrase ‘você é a seleção’ (which translates to “your selection”) runs around the design. 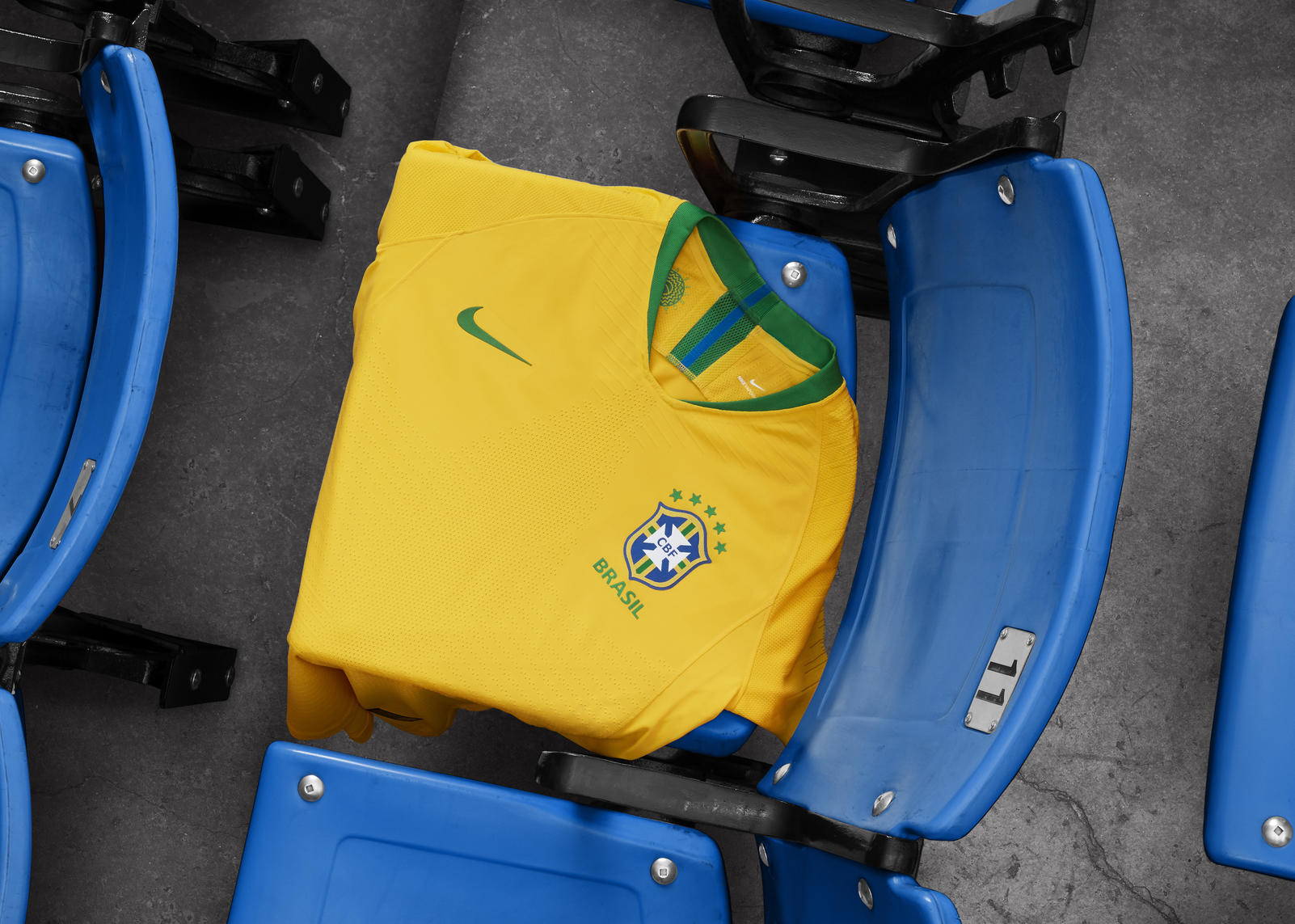 The brighter, bolder color recalls one of the federation’s world titles, 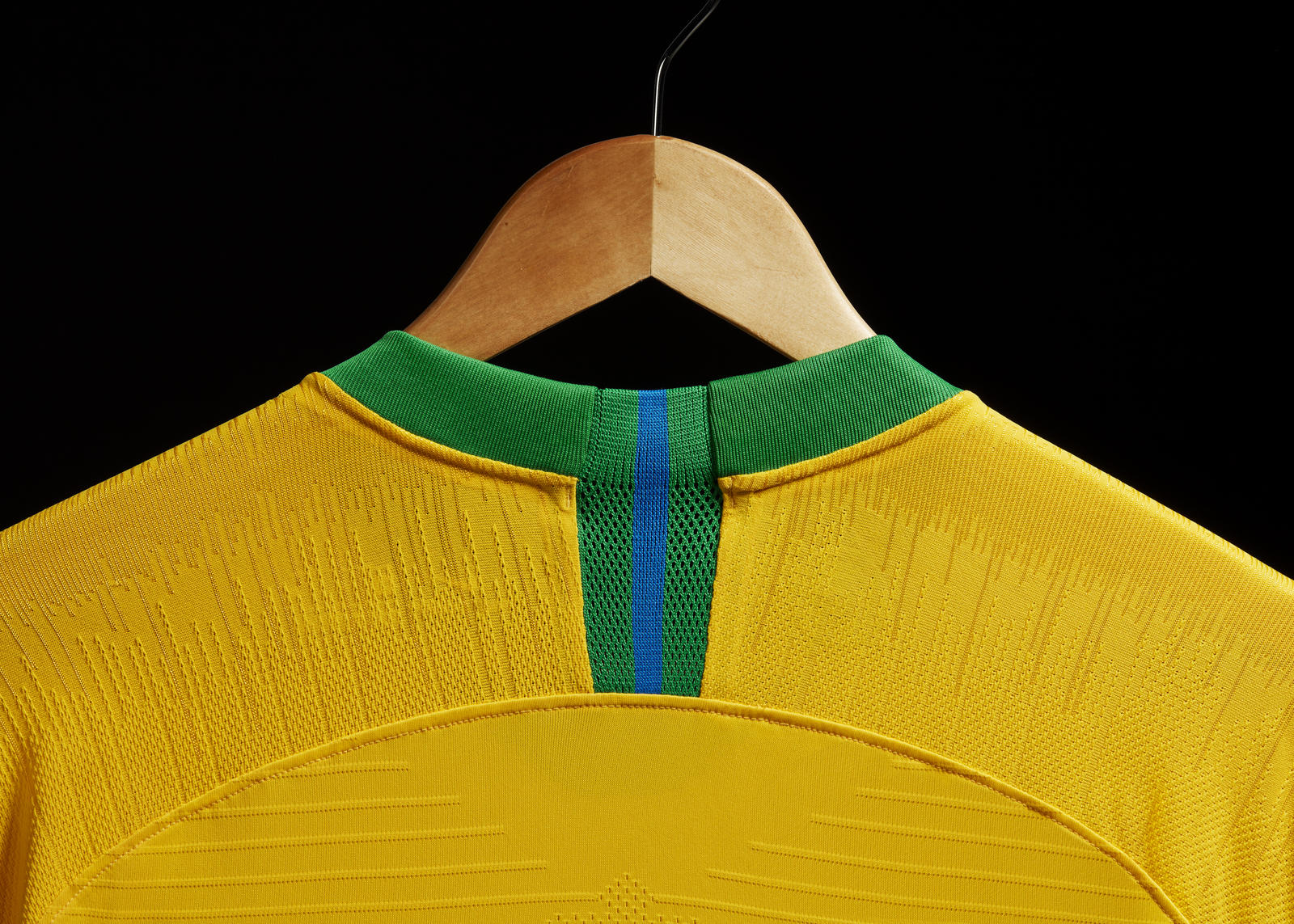 A blue neck tape on the back collar reintroduces the color to the home kit for the first time after 50 years.

The Soar Blue Away Kit 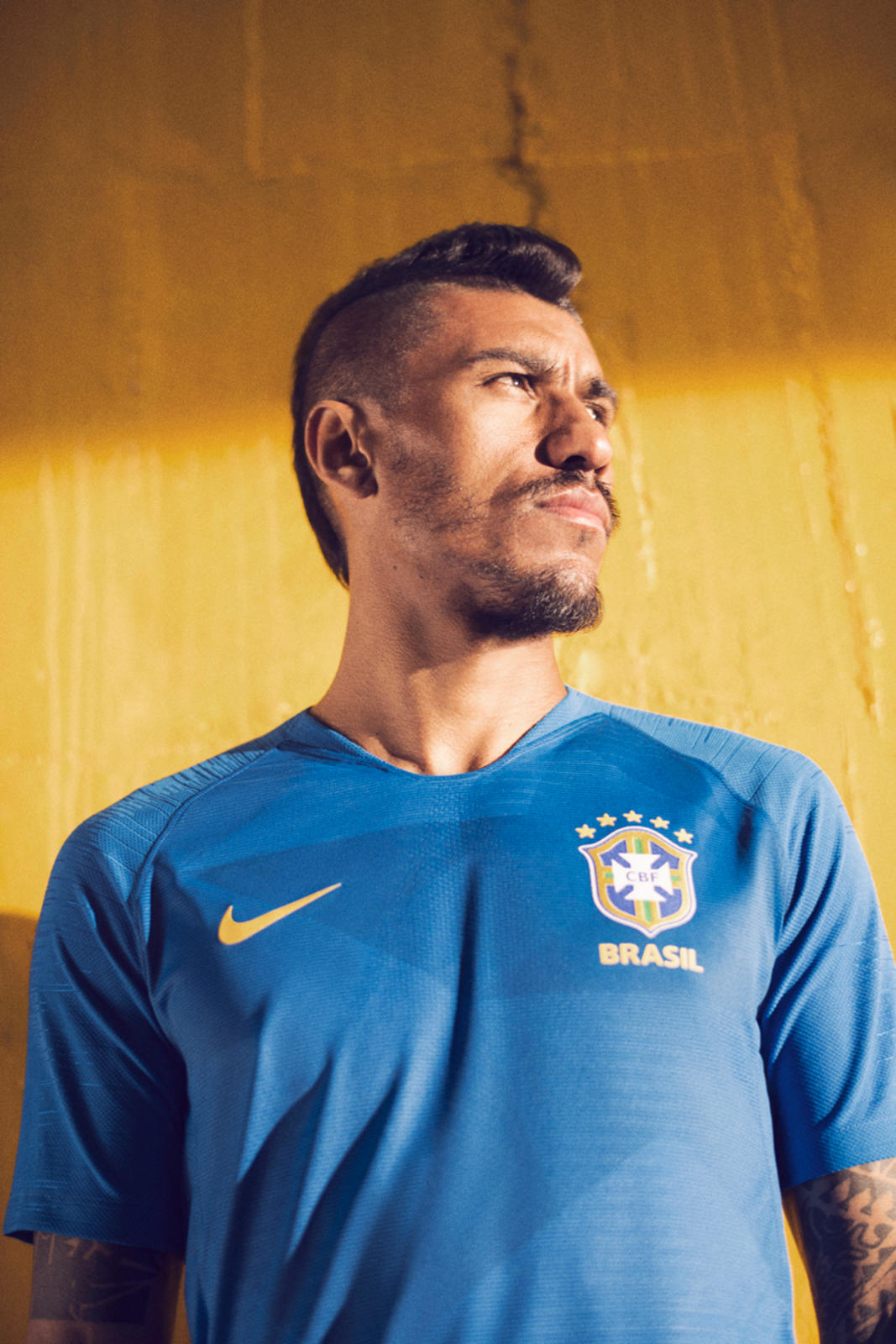 A tessellating star pattern that radiates from the team crest tells the story of two important firsts in the team’s history: 1) The first time they wore blue (in 1958 against Sweden) and 2) The first winner’s star they registered by winning that game. 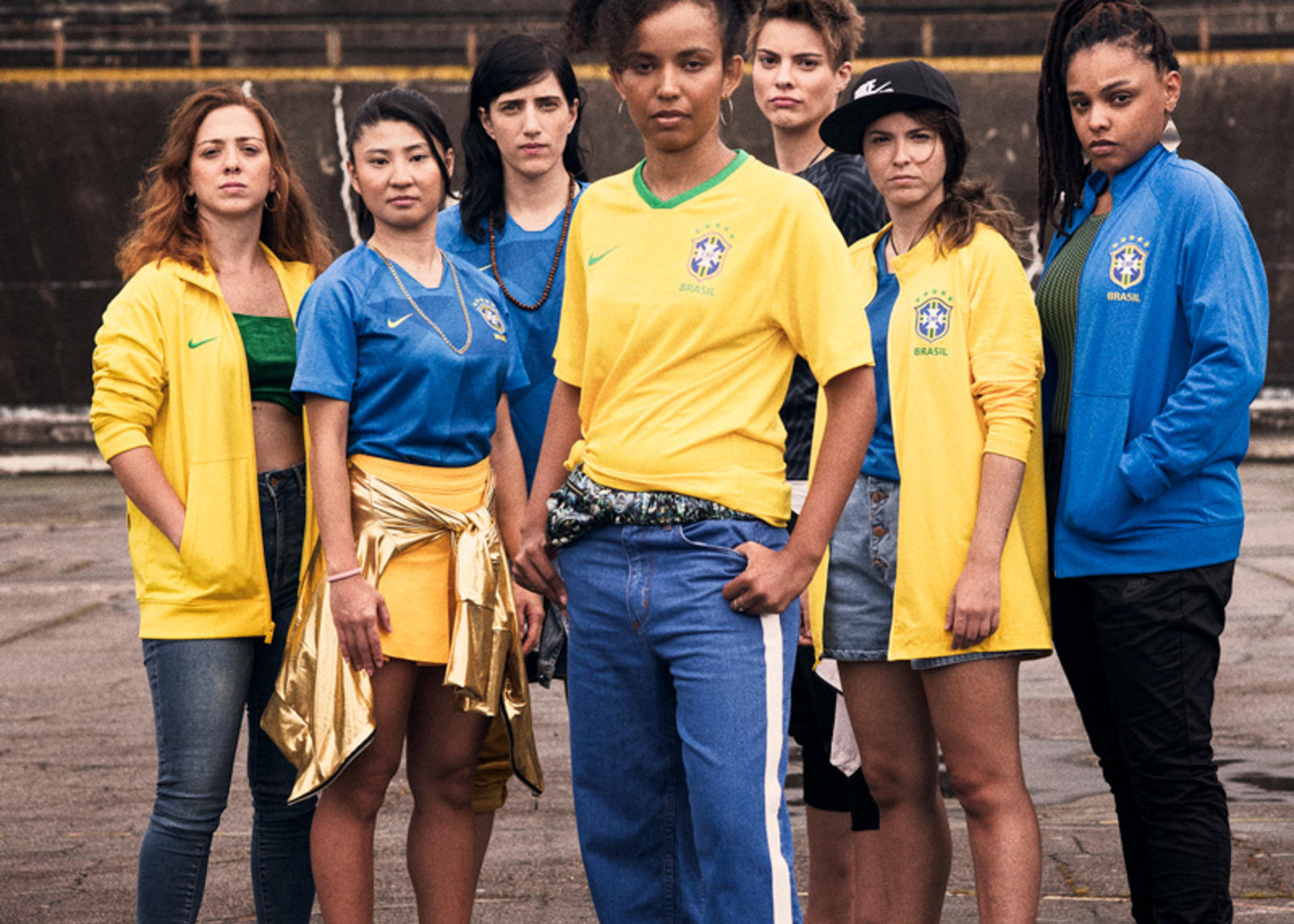 In the Samba Gold colorway found on the home kit, the Anthem Jacket (at far left) carries a true sense of national identity. 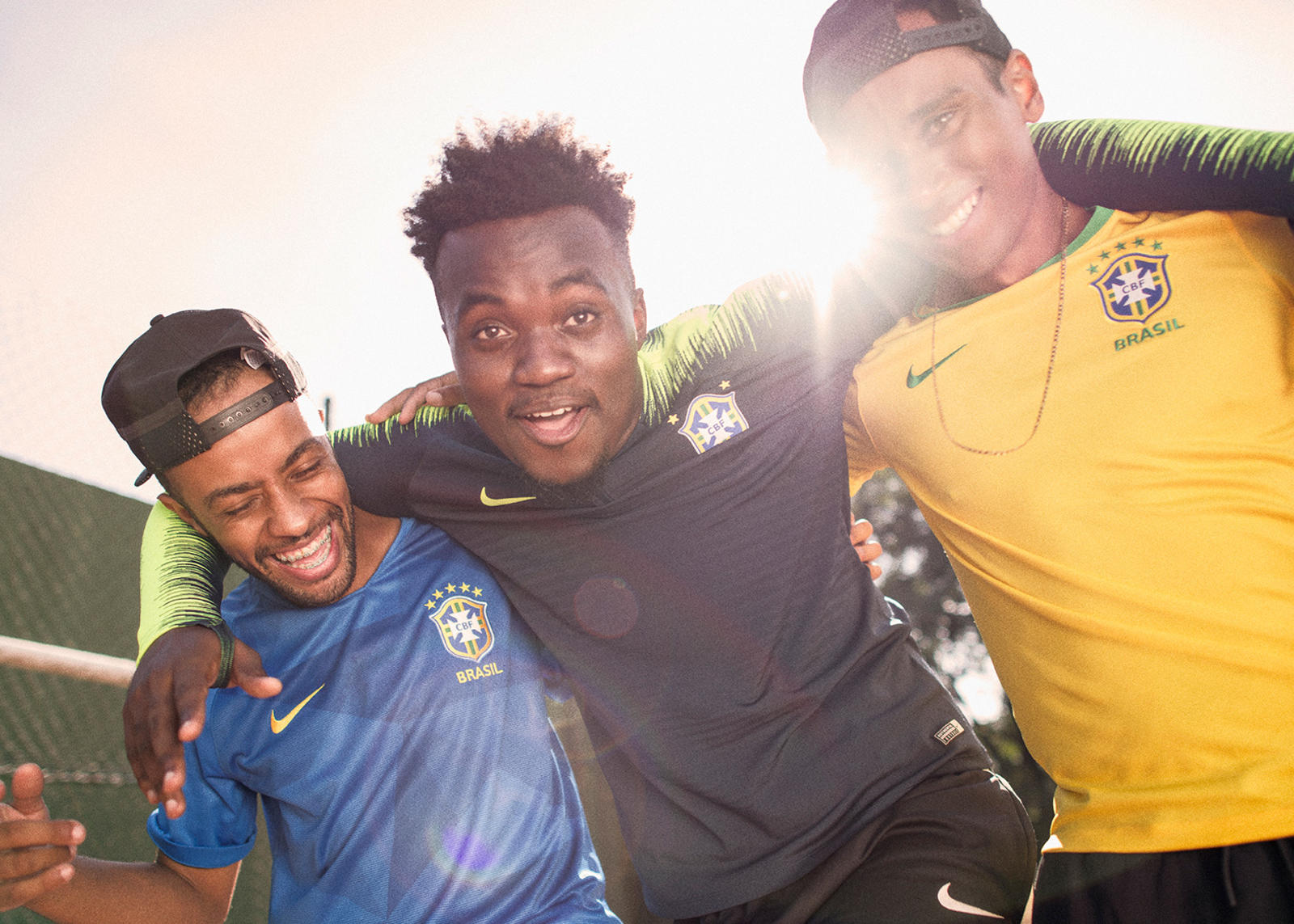 The Brasilian training apparel for the 2018 National Team collection (at center) pushes Nike’s latest innovations to the extreme. The Armory Navy and Volt designs are the result of research with more than 100 elite athletes. 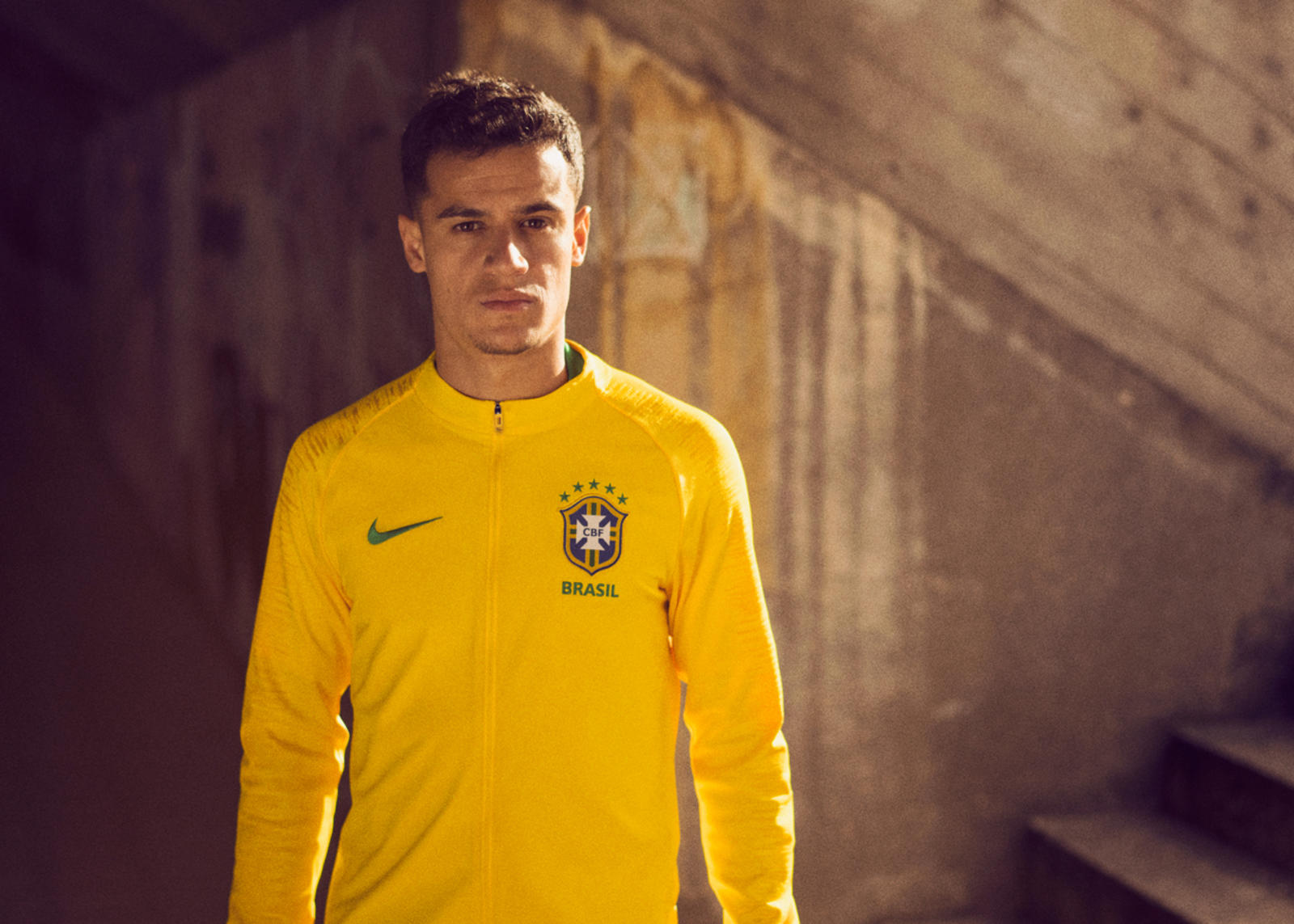 The Anthem Jacket updates the traditional approach to a modern silhouette by creating a unique look.

The 2018 Brasil National Team collection, which also includes training apparel, pre-match gear and an Anthem Jacket will be available March 23 on nike.com.