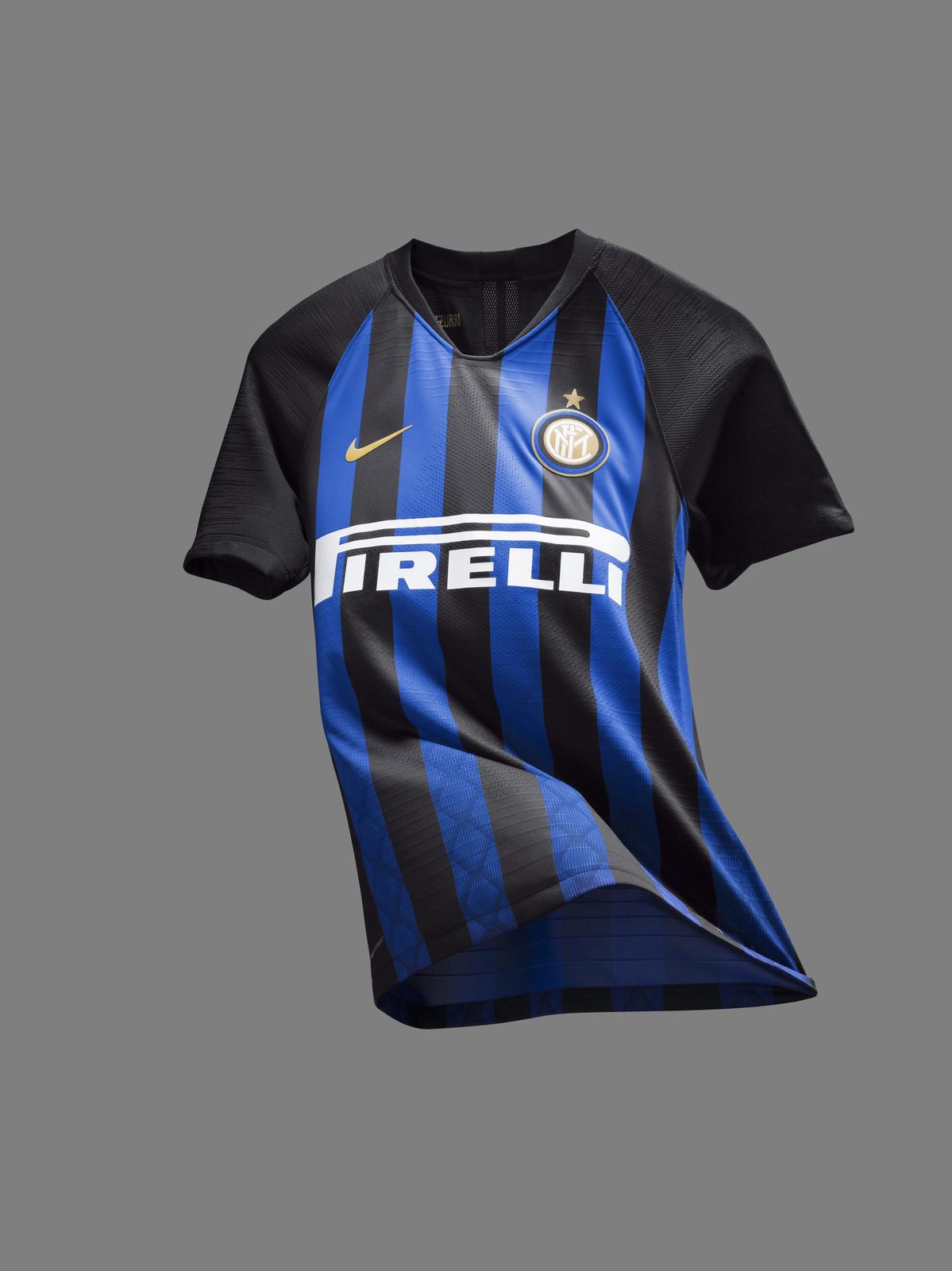 The 2018-19 season marks the 20th year of partnership between FC Internazionale Milano and Nike. To celebrate, the club’s new home kit combines elements from two fan favorites of the past: the initial Nike kit of 1998-99 and the hugely popular 2010-11 kit.

The club’s original Nike kit was a quintessential Inter shirt, with thick black and blue Nerazzurri stripes augmented by a gold Swoosh and gold outline around the club crest. The 2010-11 shirt, which the team wore as reigning champions of Italy and Europe, used distorted vertical stripes to create a serpent-like effect that invoked Il Biscione, a grass snake and powerful Milanese symbol intrinsic to local identity.

Highlights: 20 Years of Inter and Nike

For the new season, Il Biscione is back and clean black and blue stripes gradually adopt a subtle snakeskin graphic as they run down the jersey. “There is no better way to celebrate two decades of success than by going back to the start of this relationship while also drawing inspiration from a stylistic high point,” says Pete Hoppins, Nike Football Apparel Senior Design Director.

The new Inter Milan home kit will be available May 17 on nike.com.