Nike Evolves Basketball Uniforms Beyond a Jersey and Short 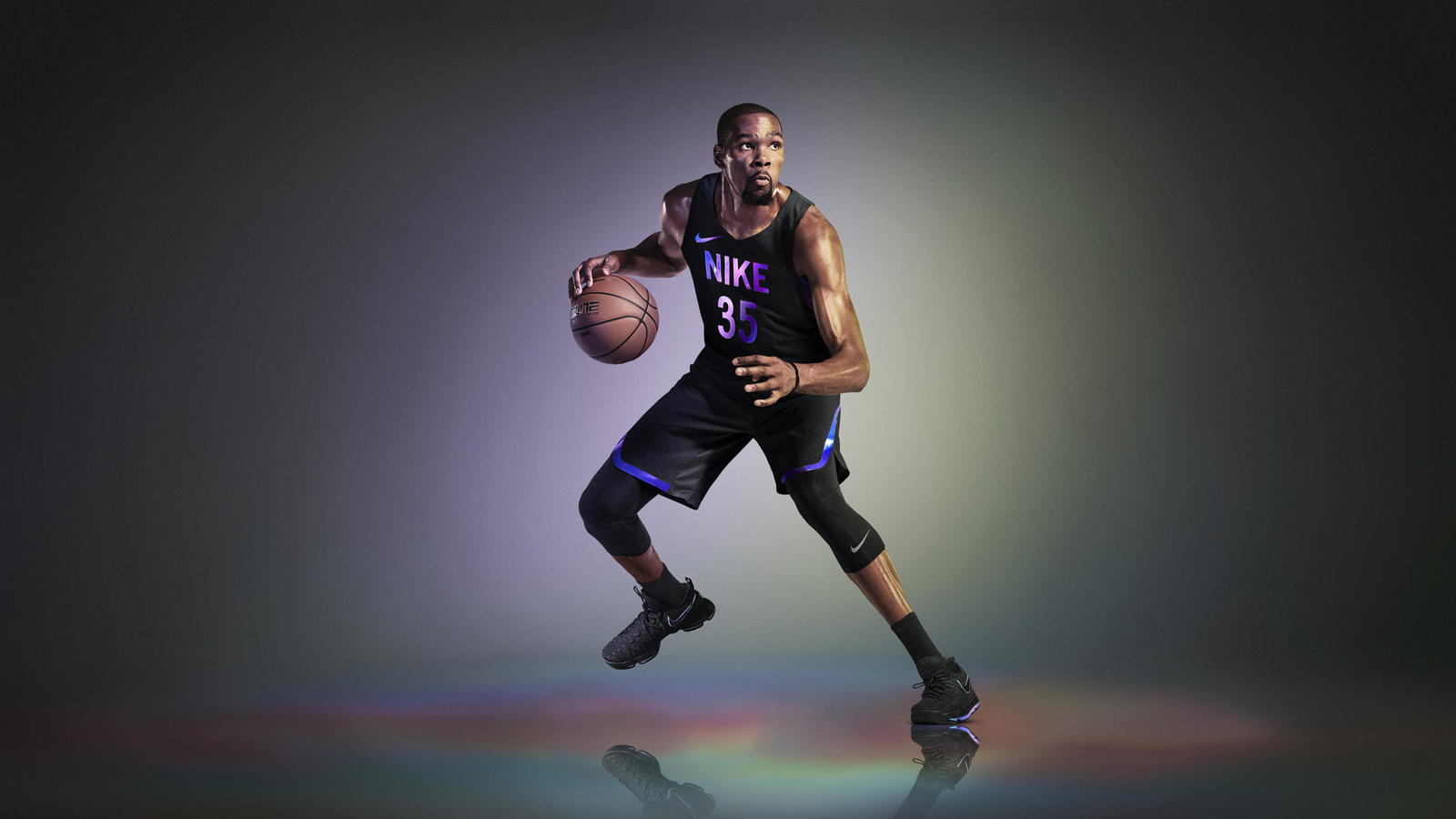 The system is anchored by basketball-specific base layer options, including arm sleeves, padded compression gear and knee sleeves, which together wick sweat from the skin, providing a feeling of protection and compression, and keeping the players’ arms and legs warm off-court.

Designed to interact with the base layer but not cling, the lightweight, tailored jersey features stretch knit with engineered mesh as determined by extensive sweat-mapping studies.

The short also introduces a FlyVent waistband that addresses the discomfort of traditional basketball waistbands via a new manufacturing process that combines two types of knit mesh into one highly secure, breathable band. This is matched to a hybrid of engineered knit mesh in the back and a hydrophobic four-way stretch woven fabric in the front. Additionally, the front of the shorts features a mobility vent. Placed specifically where basketball players need it most, based on their five key movements, it reveals a flash of tights as athletes move. The result is a 35% more breathable kit than that worn in 2012.

Moving down the body, designers further reduced distraction with the Nike Elite Versatility basketball sock. A 360-degree ankle-support system, dynamic arch compression, anatomical design and footpad cushioning add to the comfort and locked-in feel of the sock, while Dri-FIT fabric wicks away moisture and increases breathability.

In addition to the aforementioned benefits provided by Nike Vapor kits with AeroSwift technology, the women’s kits take fit to the next level with two distinct jersey and short silhouettes that, regardless of their pairing, create a consistent team look. Designed in direct response to athlete insight, one jersey features a standard armhole whereas the other features a larger one, allowing for a range of athletes to find their perfect fit. Female players are then able to select between two pairs of shorts: one pair with traditional waistband placement and one pair with a shorter rise, for those who prefer to wear their shorts at their hips.