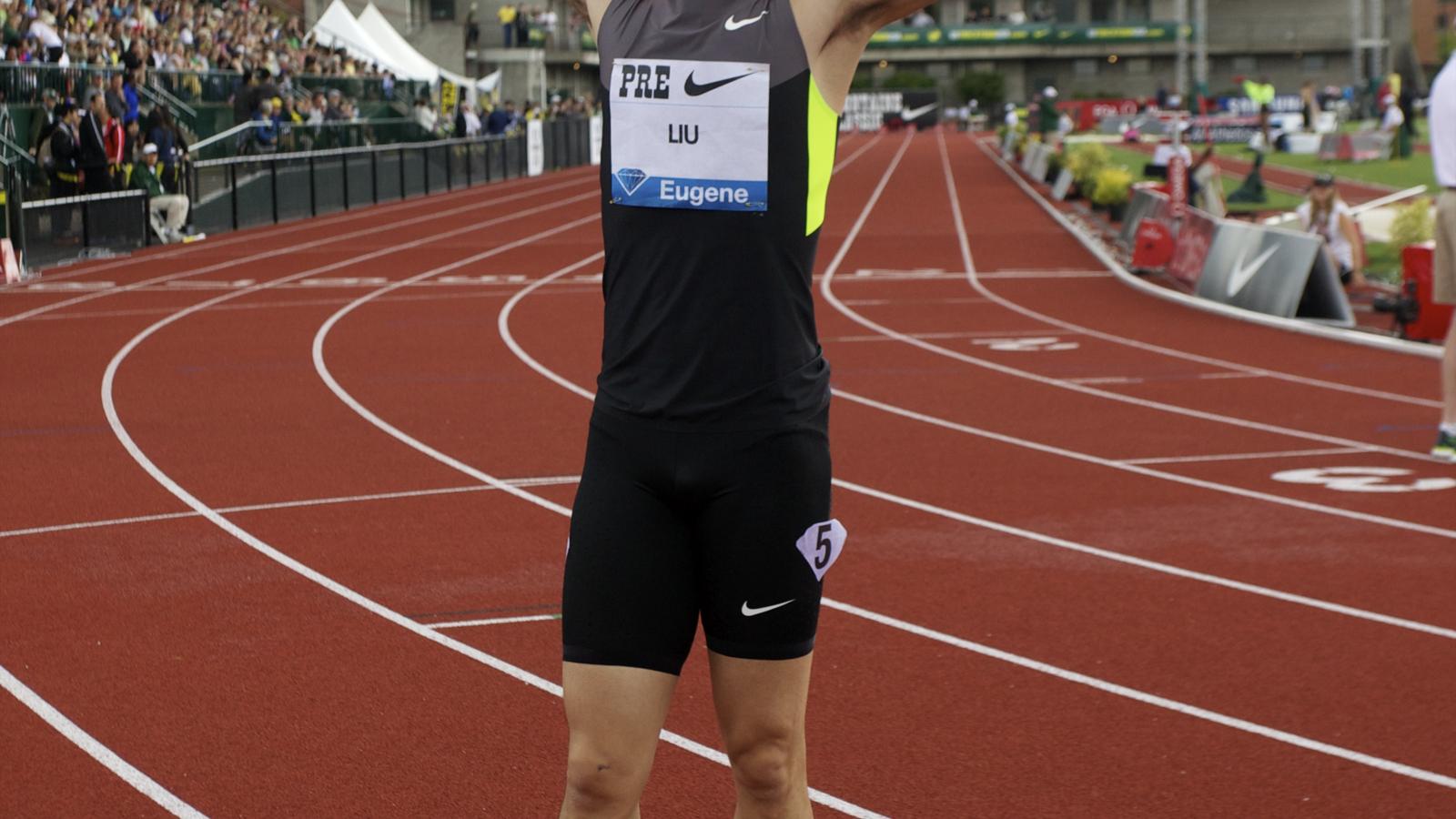 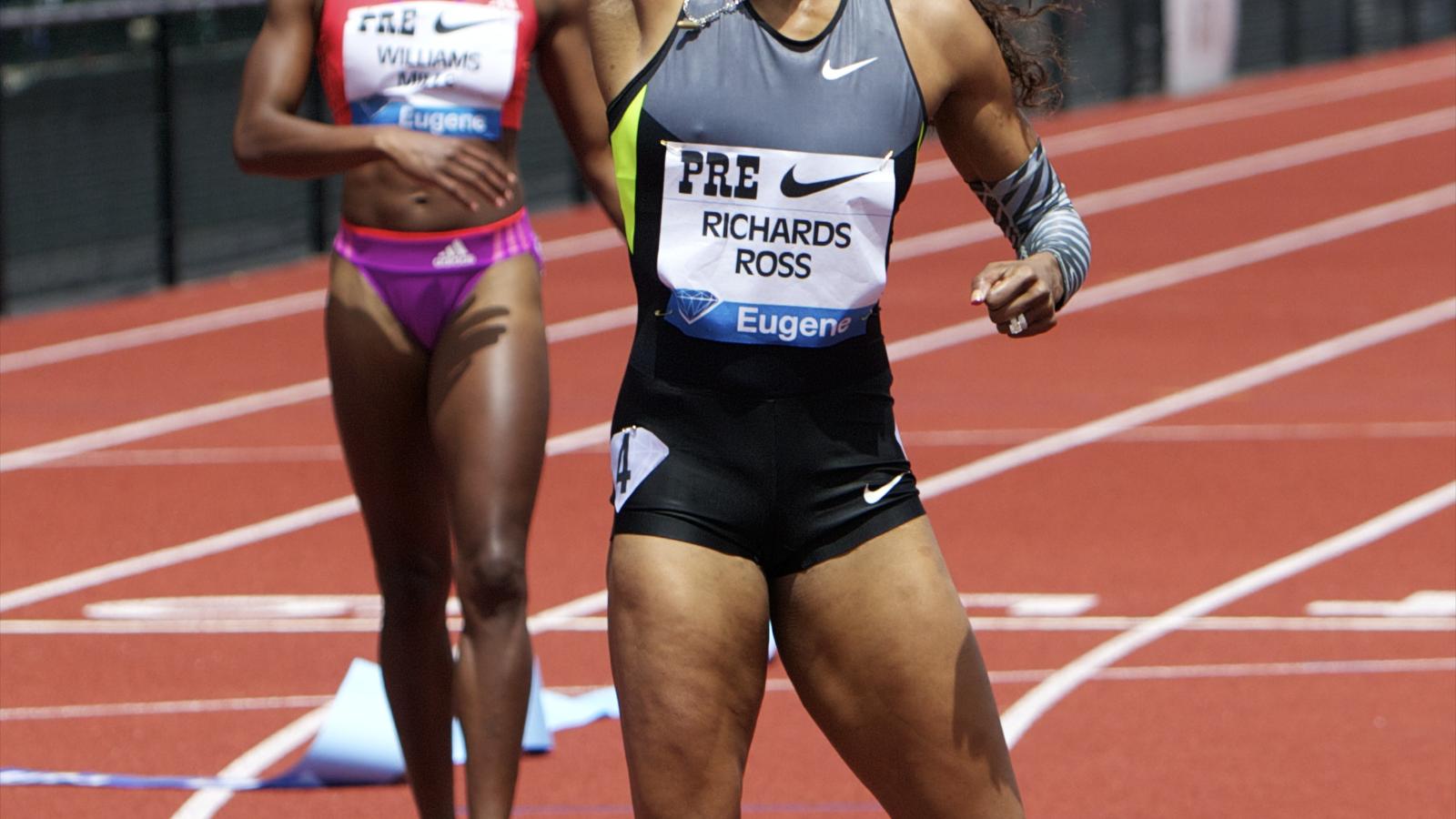 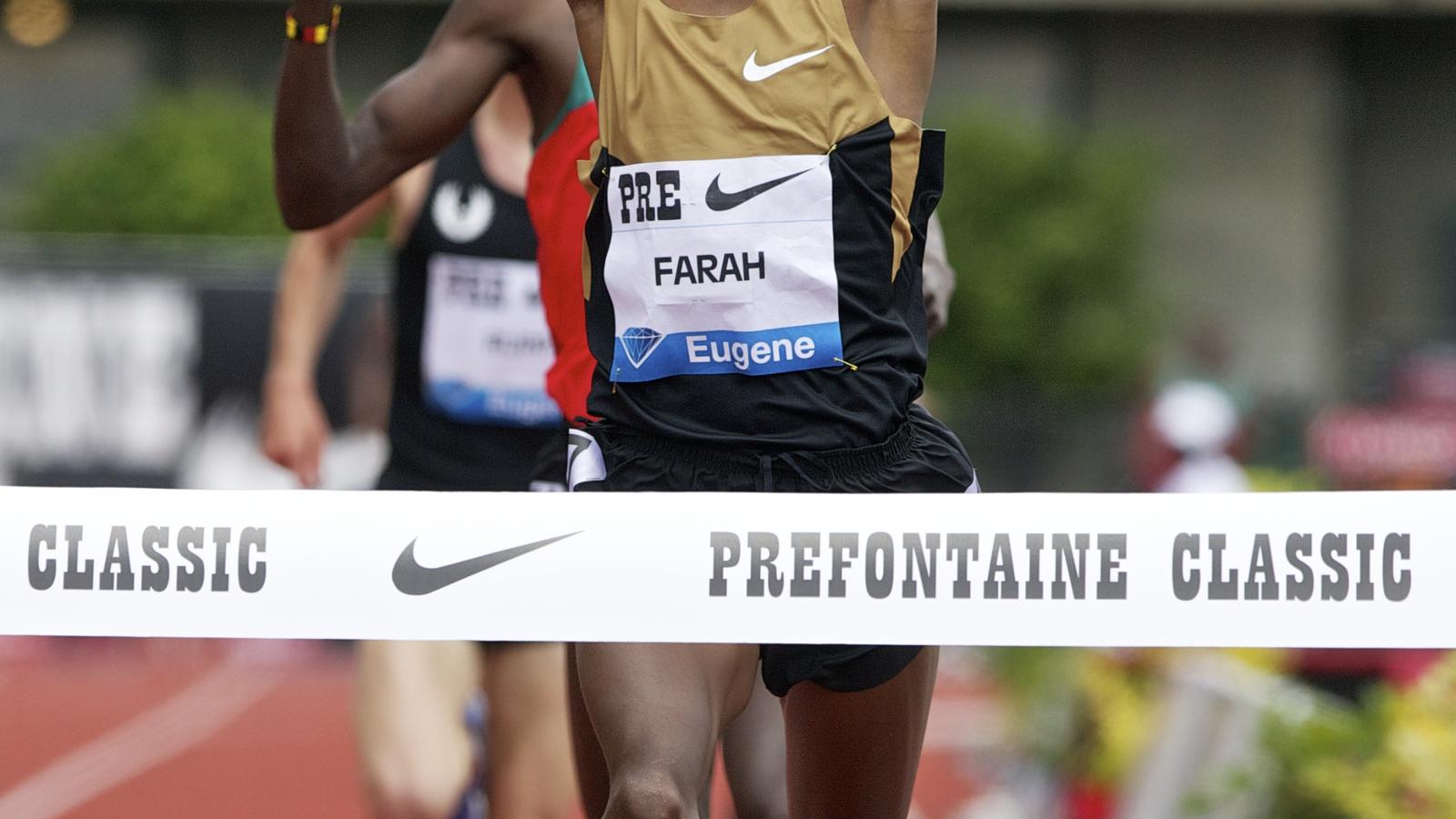 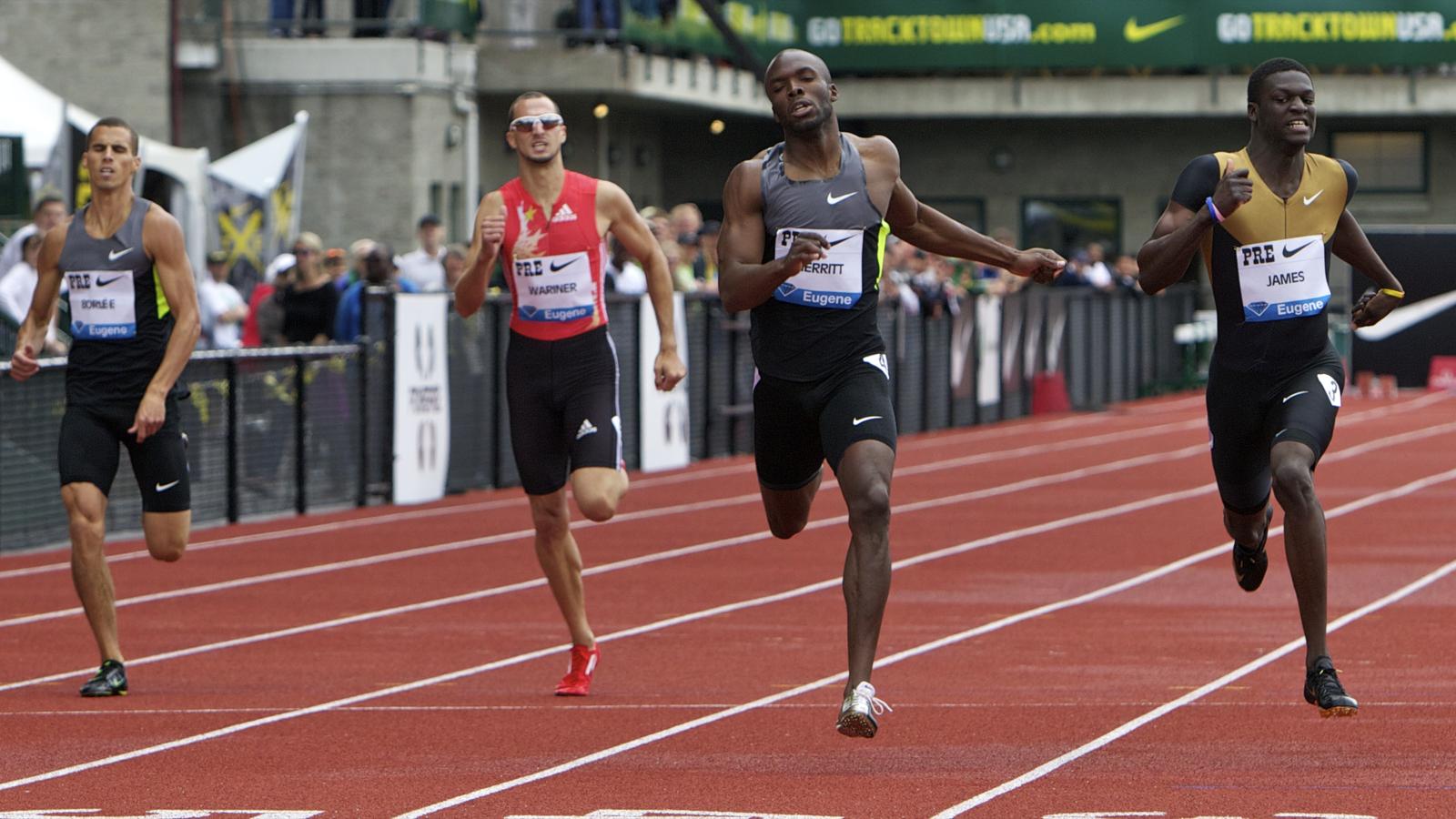 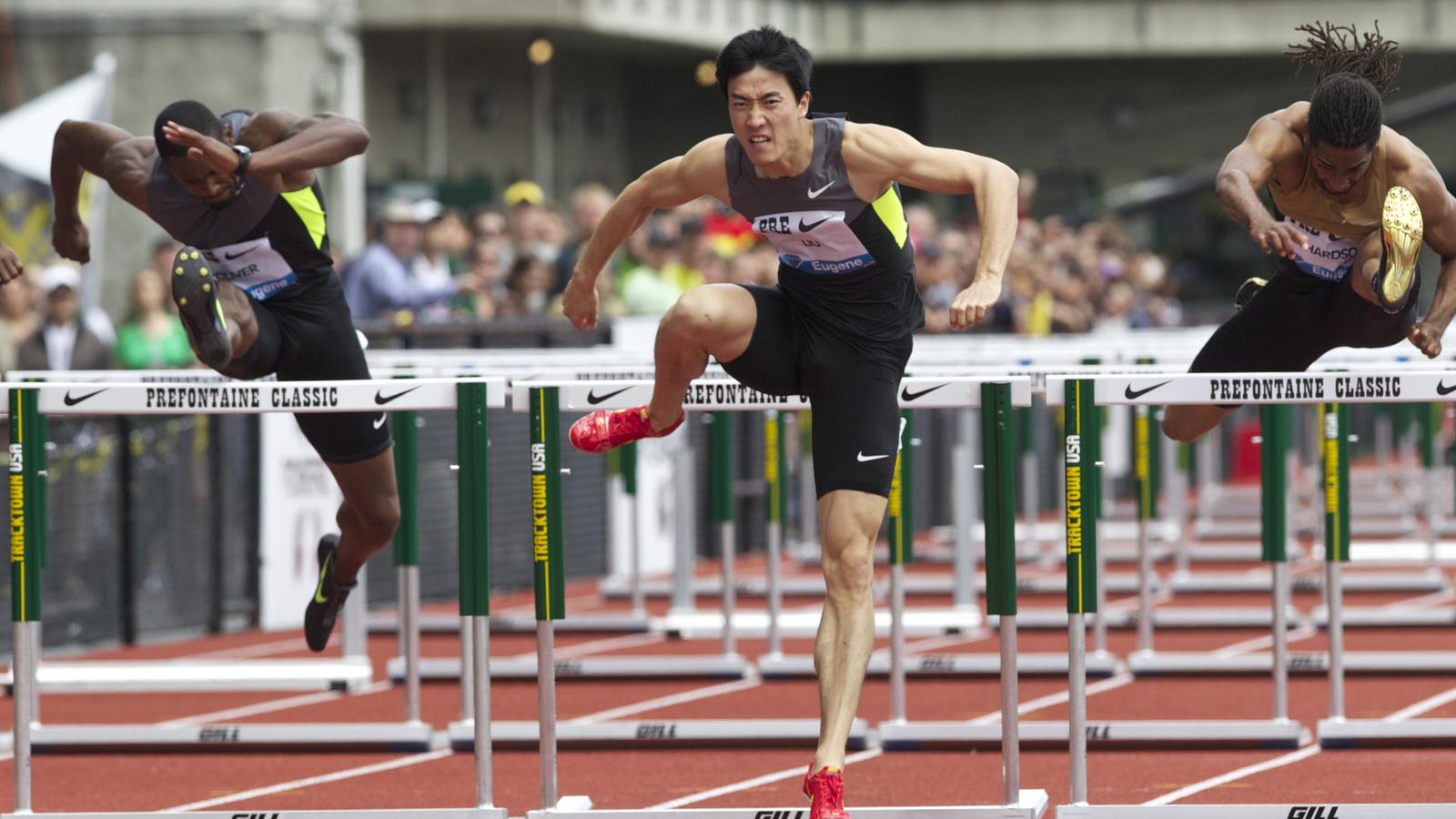 Several of the world's top track and field results of the season were registered by Nike athletes at today’s 38th Annual Prefontaine Classic at Eugene, Oregon's Hayward Field. On the men's side, Mo Farah ran a world season best 12:56:98 in the 5000m. Farah’s training partner, Galen Rupp (12:56:98) bettered his personal best in the event by more than seven seconds, while becoming only the third US male runner to break 13 mins. in the 5000m. “Being able to train with Galen, and coached by Alberto (Salazar) has really helped my development,” said Farah.Shot putter Reese Hoffa recorded five throw of more than 21 meters on his way to establishing a ’12 world best of 21.81. “I was pleased with my consistency today,” offered Hoffa. “The conditions were good and the crowd was just really pushing me on,”The Men's 110 meter hurdles, billed as the "strongest field ever assembled in the United States" lived up to the pre-race hype with China’s Liu Xiang running a wind-aided 12.87. That time equals the world record but the prevailing wind was too strong for an official mark.The women's side featured a 2012 world best 400m time of 49:39 by Sanya Richards-Ross. “I have great success at this track, said Richards-Ross. “So I will be confident when I return in a few weeks for the Trials,” concluded Richards-Ross. (USA).Russia high-jumper Anna Chicerova set a season best clearing 2.02m. “I really like it here,” said Chicerova of her first trip to the US. The Pre Classic was a two-day affair this year. Nike honored late longtime executive Geoff Hollister on Friday evening with "Hollister Night at Hayward"Steve Prefontaine is a legend in the sport of track and field. He set a national high school 2-mile record while at Coos Bay High School in Oregon that lasted nearly two decades. While competing at the University of Oregon, he never lost a collegiate track race at any distance. Prefontaine made the 1972 U.S. Olympic Team as a junior and nearly won an Olympic medal, finishing 4th in the 5k at the Munich Olympics at age 22. After finishing college in 1973, he prepared for a return to the Olympics in 1976 and he set many American records along the way. Steve Prefontaine's life was tragically cut short on May 30, 1975 as the result of an auto accident at age 24. The Pre Classic began soon after and has been held every year since.