On Sunday, Nov. 30, for the 11th edition of We Run Mexico City, 20,000 runners left the iconic Fuente de la Diana Cazadora monument in celebration of the end of the We Run series in the country. Earlier races in Guadalajara (Nov. 16) and Monterrey (Nov. 15) brought together an additional 10,000 athletes who were inspired to unleash their own personal bests. 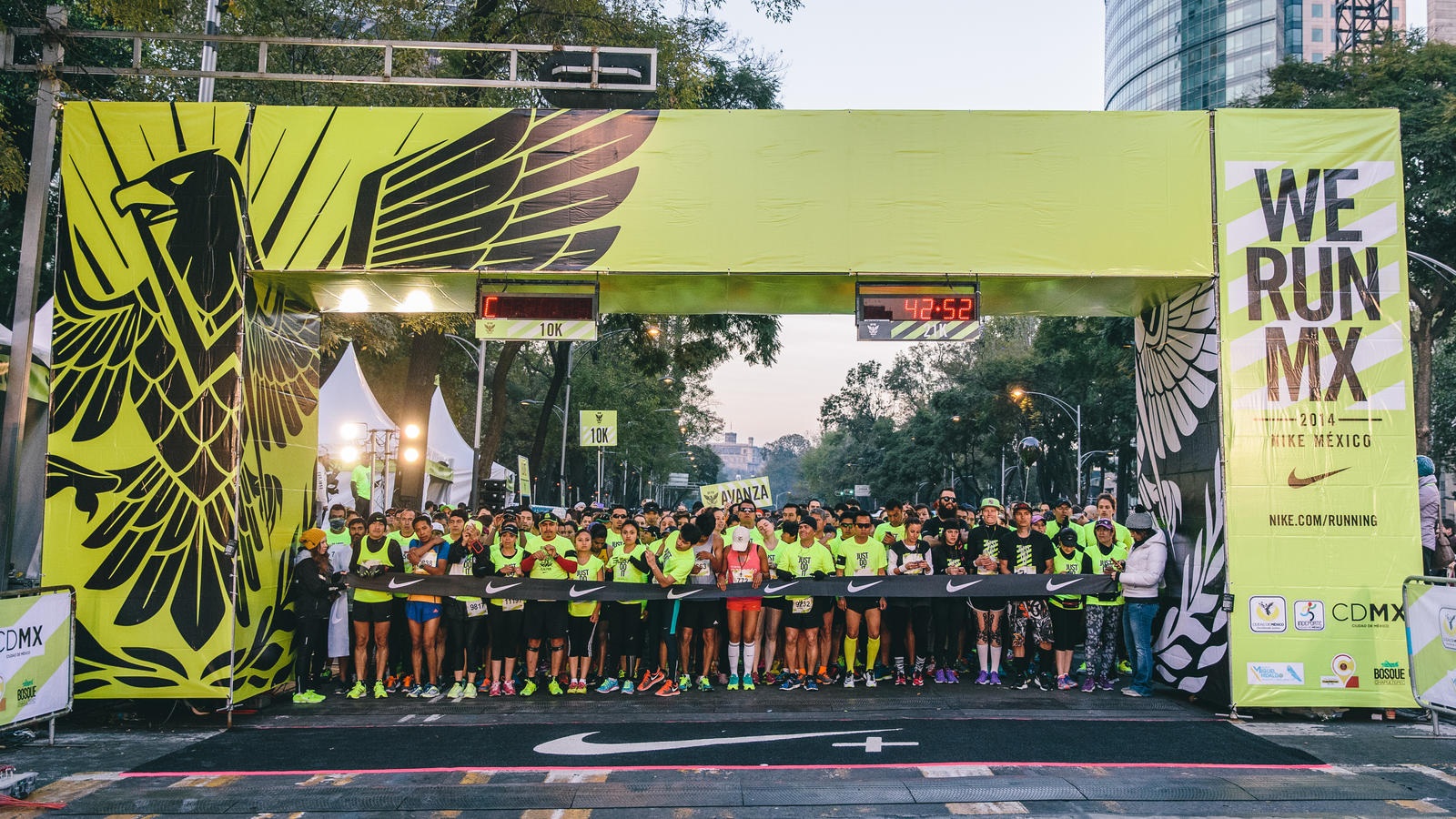 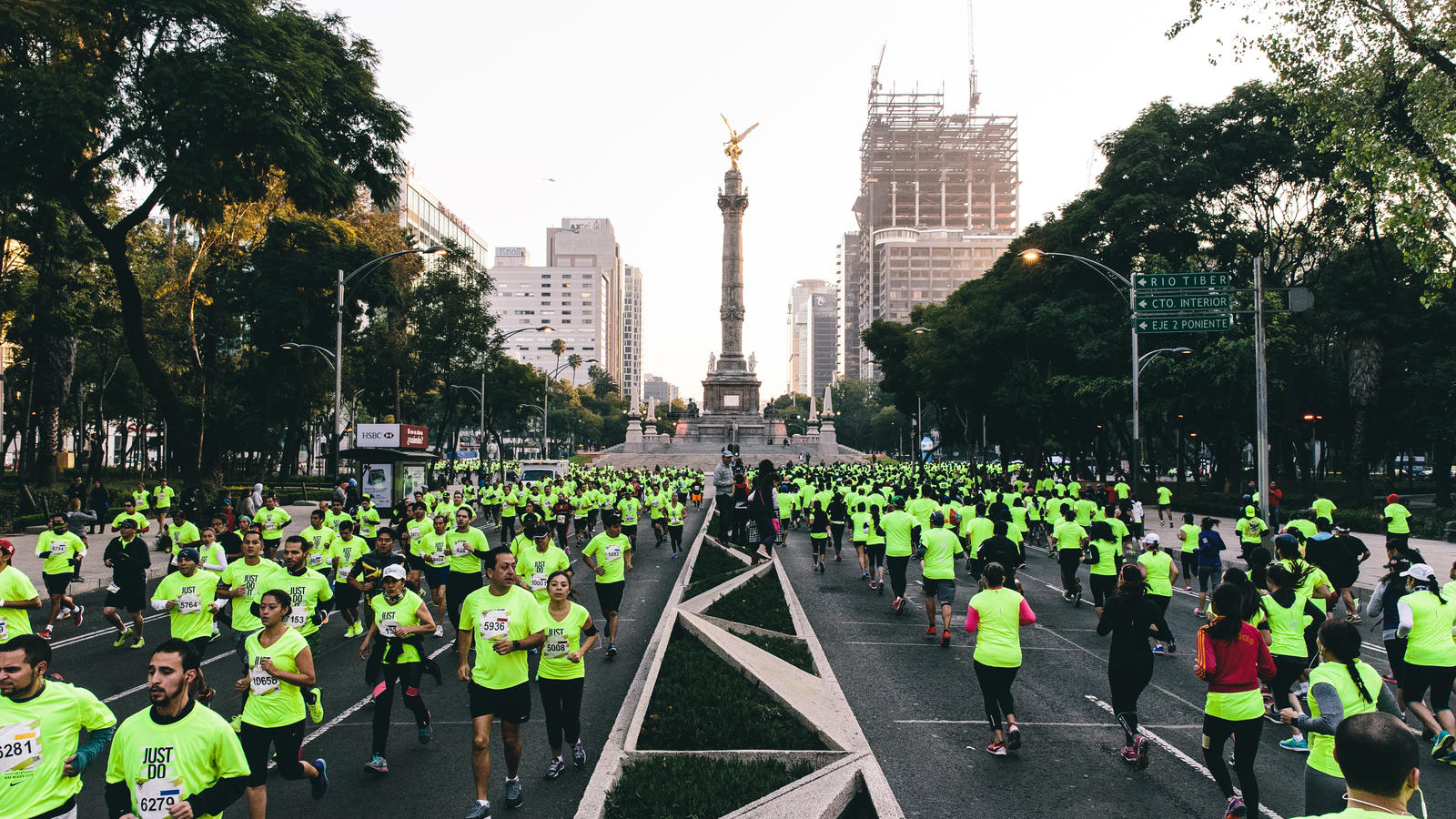 The course took runners through some of the city's most significant monuments including El Angel de la Independencia.

For the first time, Nike We Run Mexico City gave runners the option to compete in a 21k or a 10k race. Seven thousand runners took up the challenge of completing the debut Nike We Run 21k with 13,000 joining the course for the 10k portion, which passed by some of the most significant monuments in the city including El Angel de la Independencia (The Independence Angel), the Castle of Chapultepec and the Military College. 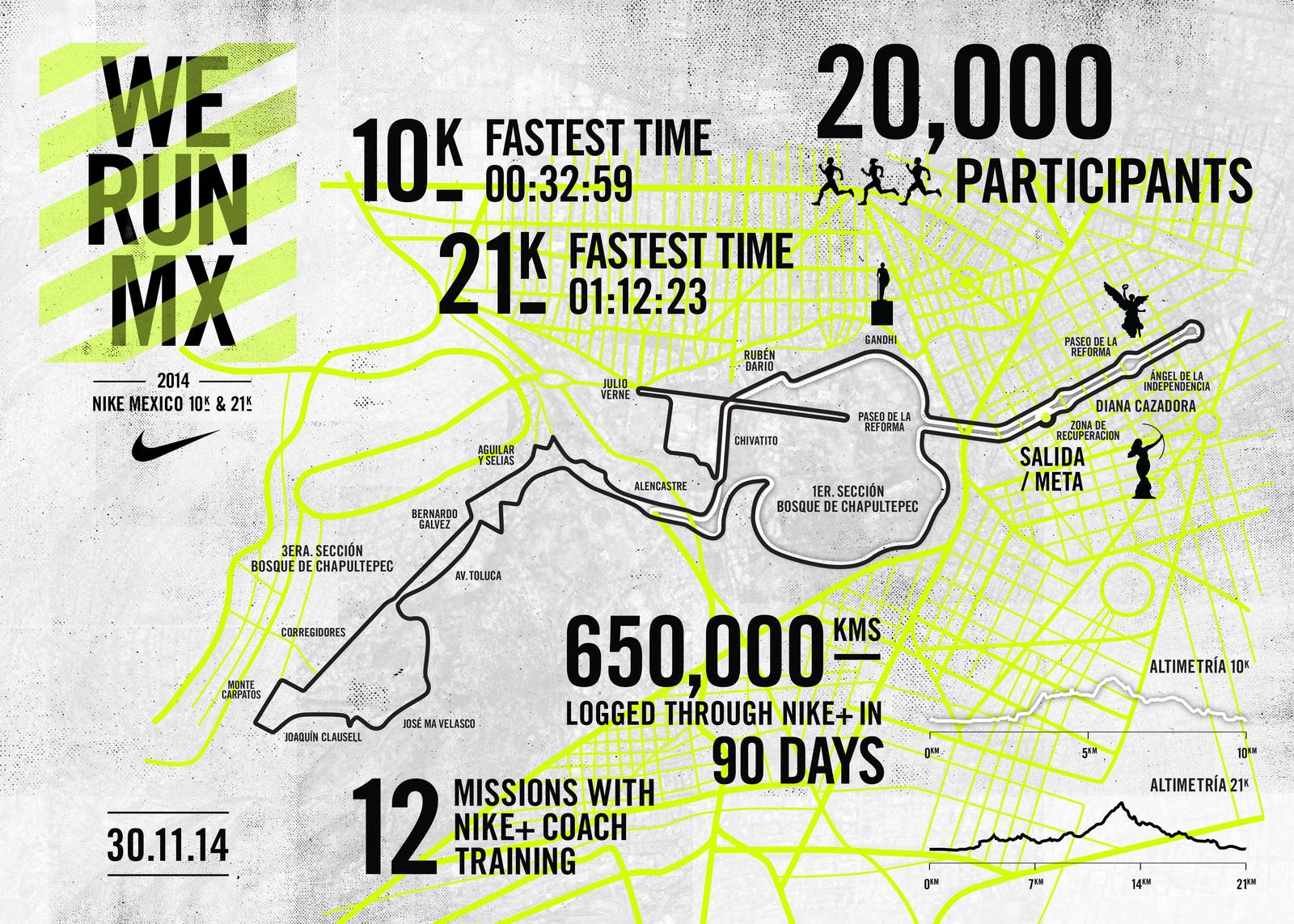 A field of 20,000 runners ran We Run Mexico City on Sunday, Nov. 30. This is the culmination of a three-month-long training journey where runners logged over 650,000k.

As part of the We Run Mexico City journey, Nike encouraged runners to push their limits through the Nike Run Clans campaign. Building off the 2013 Corre por tu Barrio (Run for your Neighborhood) campaign, this year’s program invited runners to join “clans” throughout the city that enabled them to train together, and to compete through challenges and to share their training achievements via Nike+ and other social networks. To further motivate runners, the clans that clocked the most kilometers were placed in the best position on race day. As a result of this initiative, the 11 clans collected more than 650,000 kilometers over the past 90 days.

The most epic clan challenge was celebrated on the eve of Día de los Muertos, when 2,000 runners joined a themed run dressed in traditional Day of the Dead finery.

We Run Mexico City is part of Nike’s sixth annual global We Run Race Series, which takes place from August through February 2015, and will reach more than 200,000 runners in 18 races around the world.

These athletes will be supported with Nike’s latest footwear and apparel innovations to help them take their race goals to the next level. The Nike+ Running App will provide athletes everywhere with the motivation, inspiration and coaching they need to train for their own race. 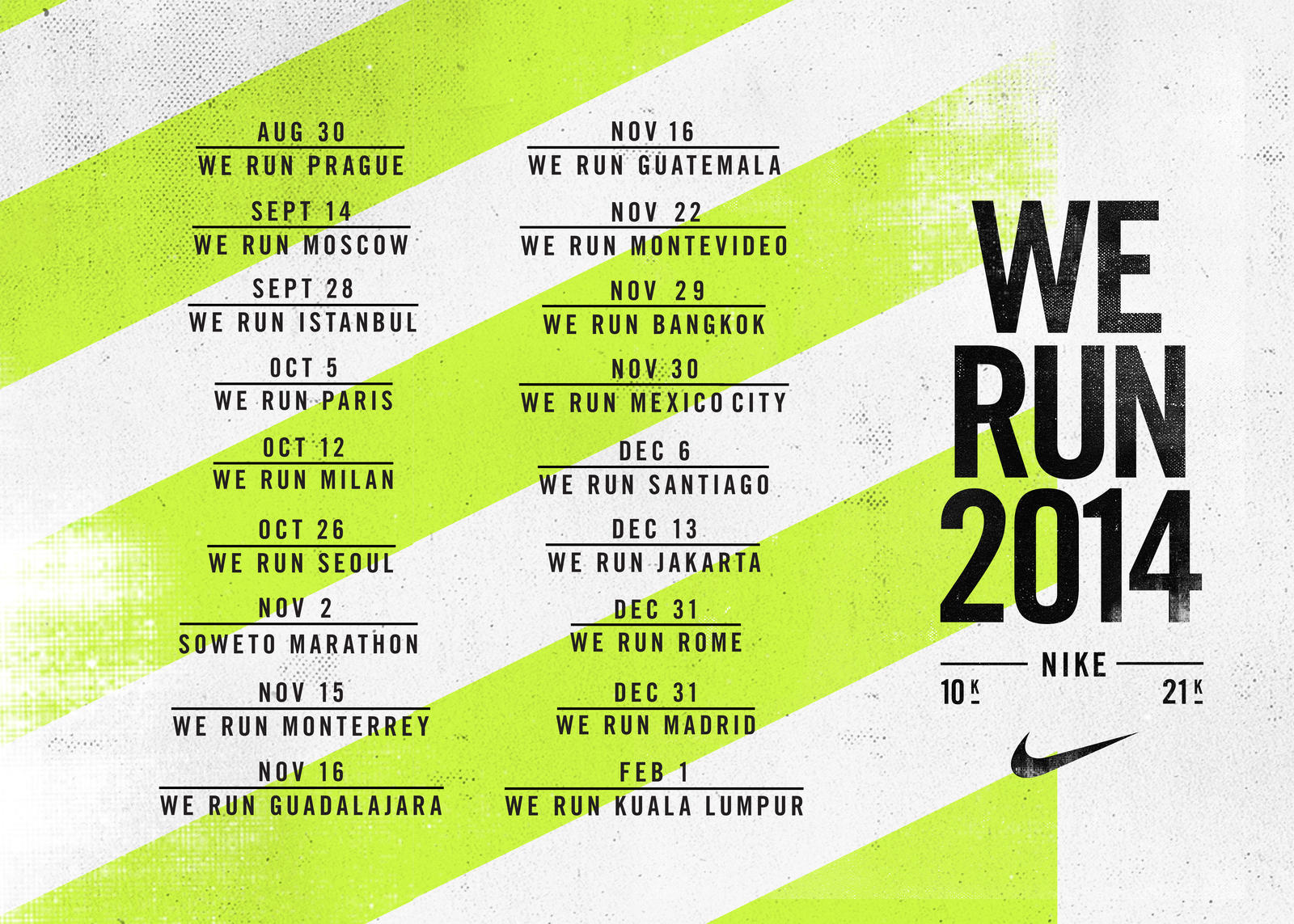