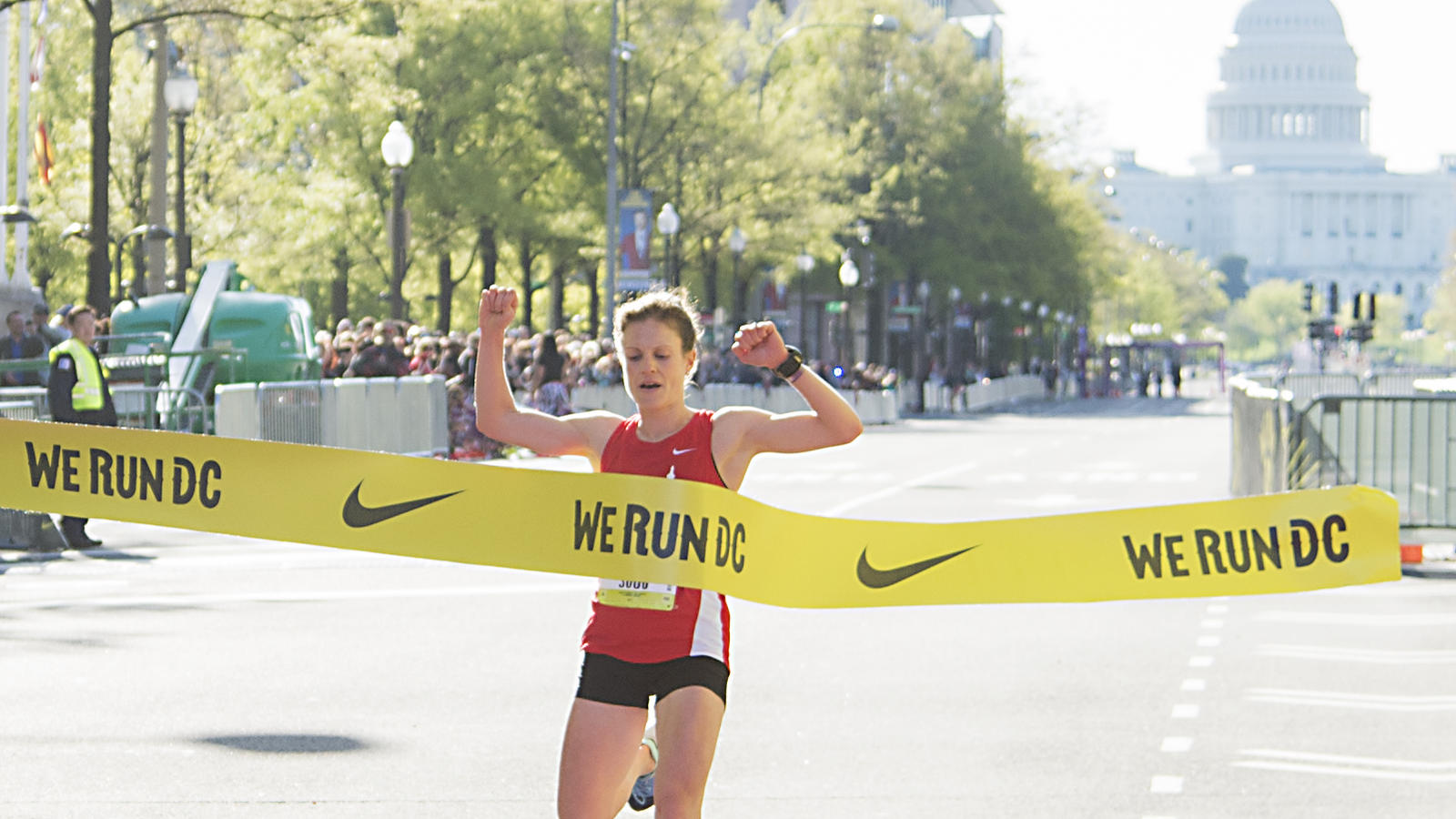 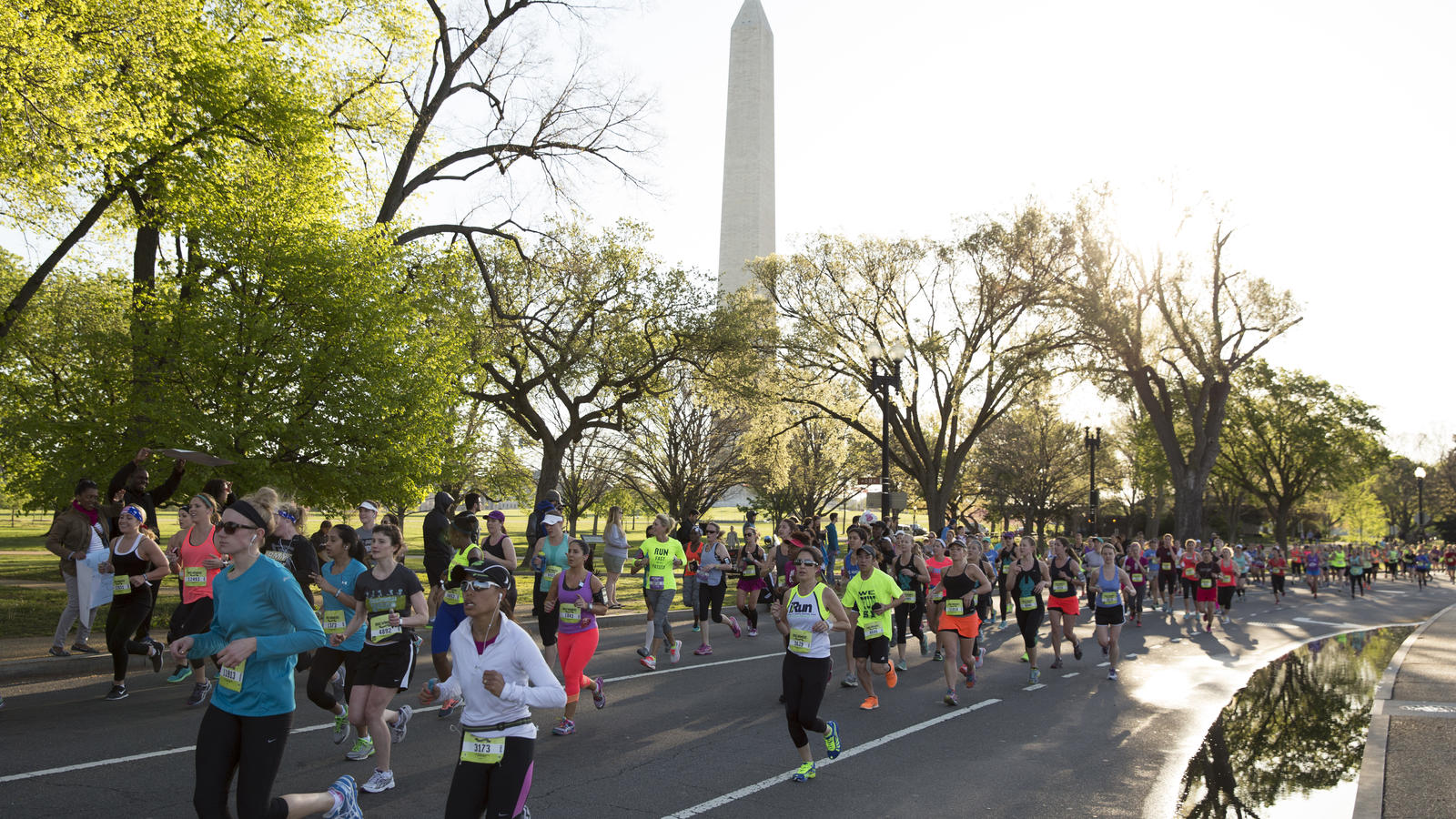 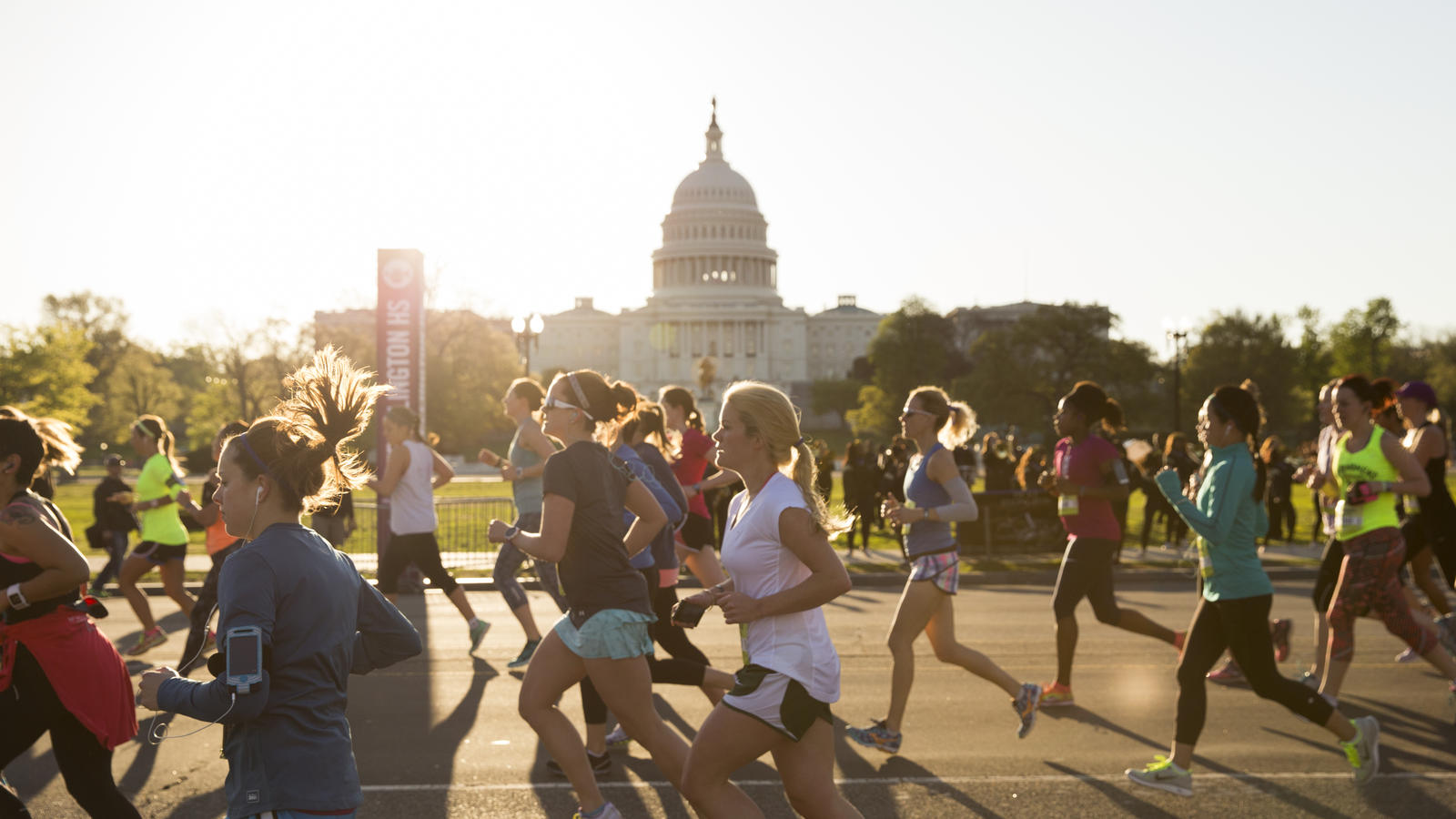 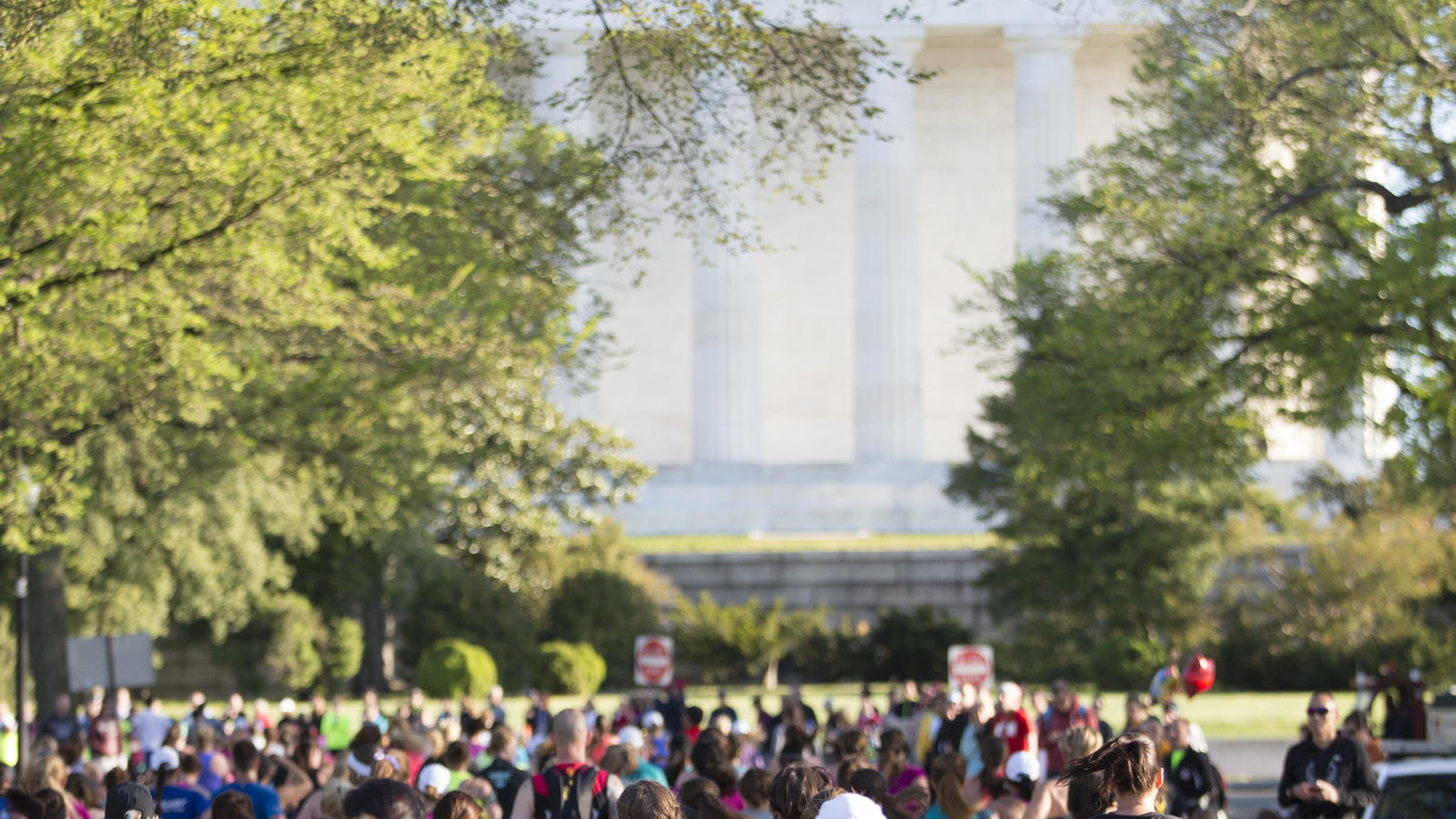 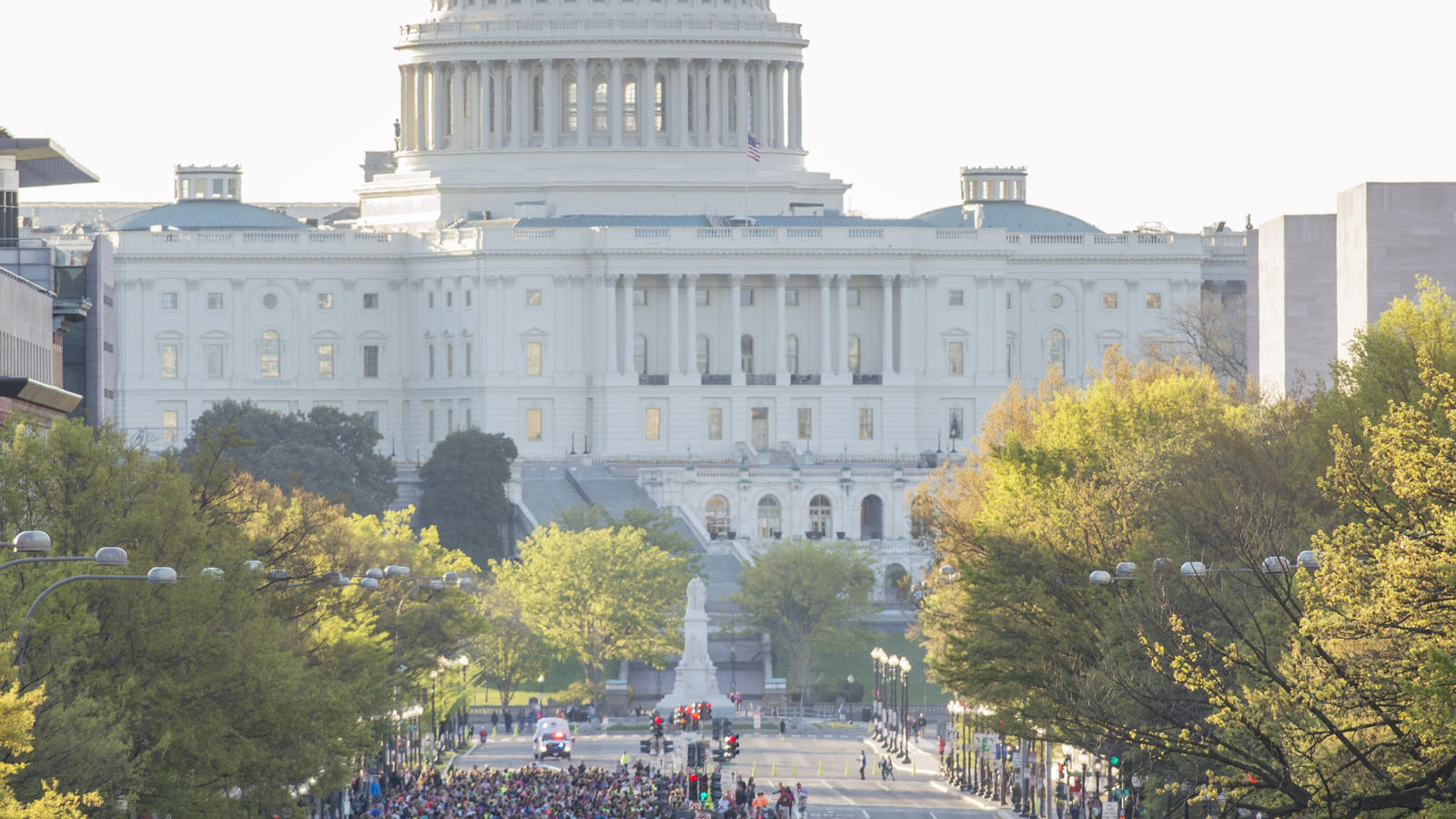 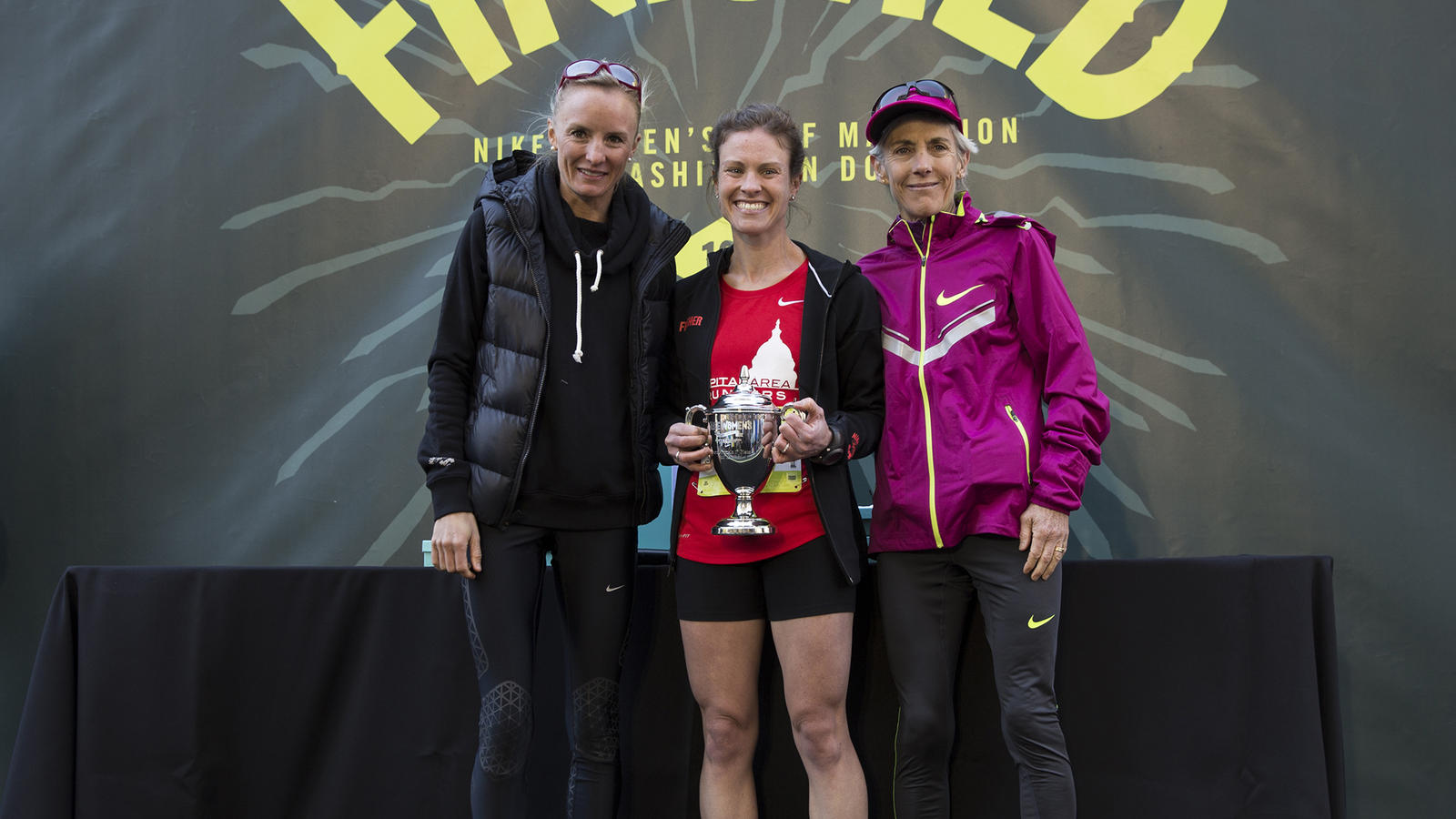 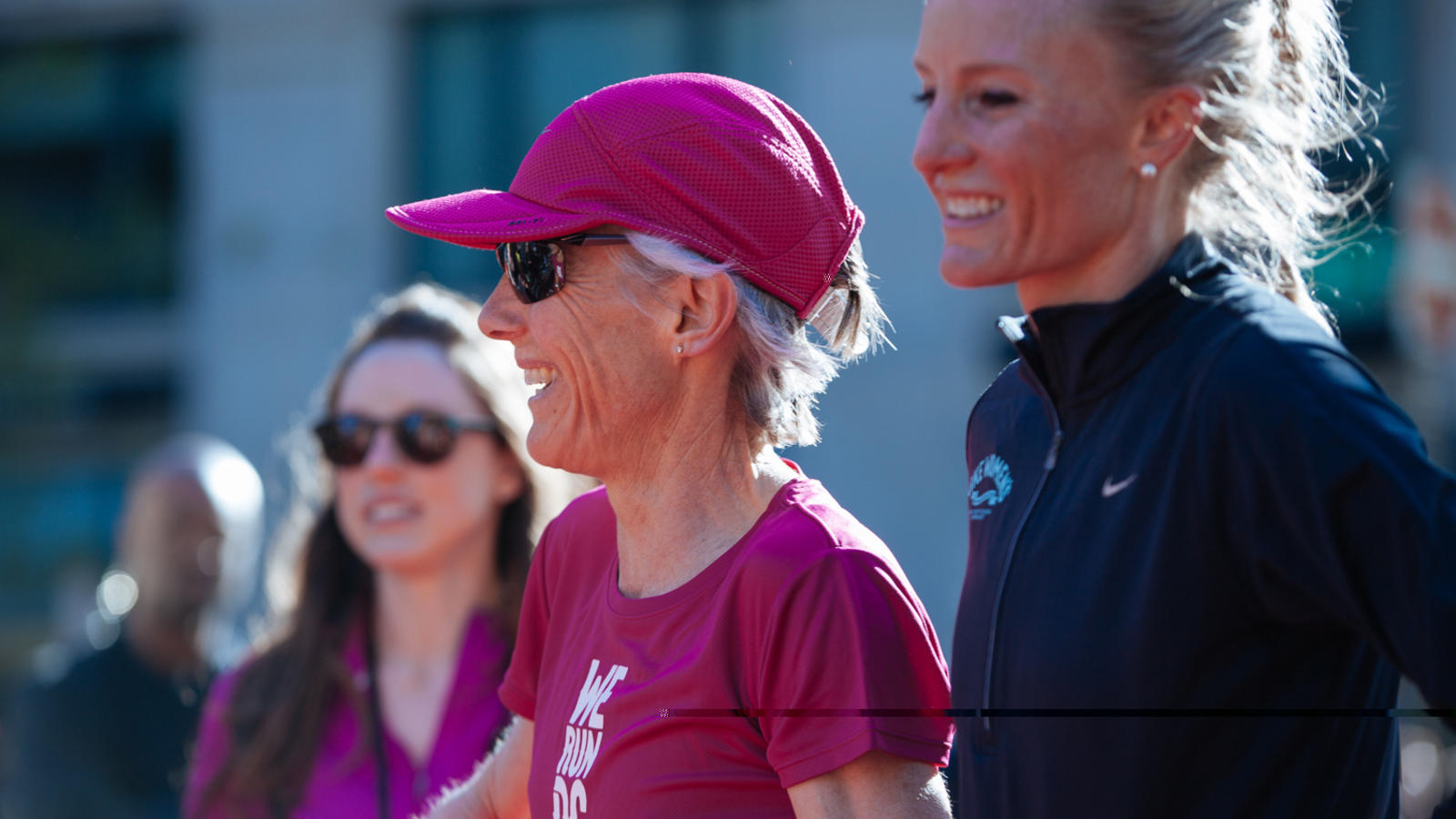 More than 15,000 women joined Joan Benoit Samuelson and Shalane Flanagan today for the second Nike Women’s Half Marathon D.C., a race experience that celebrates female athletes and benefits the Leukemia & Lymphoma Society’s (LLS) mission to find cures for blood cancers and ensure access to lifesaving treatments. Kaitlin Sheedy, 31, of Washington, D.C., was the first to cross the finish line with a time of 1:20:56. Kaitlin trains with Capital Area Runners and volunteers with a local non-profit organization that provides goal-setting and distance running training to at-risk youth.

The Nike Women’s Half Marathon in D.C. is part of the Nike Women’s Marathon series, which began in 2004 to celebrate and motivate female athletes around the world.  Since its inception, 345,000 women representing 54 countries and all 50 states in the U.S. have registered for the series and the total amount raised for LLS is now approaching $150 million.

“The Nike Women’s Marathon Half Marathon celebrates the strength and passion of female athletes around the world,” said Joan Benoit Samuelson, who inspired the Nike Women’s Marathon Series on the 20th anniversary of her historic Olympic marathon win in 1984. “I’m honored to join the 15,000 women who came together today not only to accomplish their goal of running a half marathon, but to run for LLS and its mission to find cancer cures.”

For LLS, the Nike Women’s Marathon Series has attracted more than 44,000 participants in Team In Training (TNT), LLS’s flagship fundraising campaign that is celebrating 25 years as the original charity sports training program. TNT has trained 1,500 runners this year to prepare for the D.C. race.

“LLS is proud of its partnership with the Nike Women’s Marathon Series, which has helped us raise nearly $150 million since 2004 as part of our overall $1 billion investment for therapies that are taking aim at cancer and changing lives,” said Louis J. DeGennaro, PhD, LLS's interim president and CEO, and chief mission office.

Historic Pennsylvania Avenue served as both the start and finish of the 13.1-mile race, providing breathtaking views of some of the nation’s most iconic monuments, including the U.S. Capitol, National Gallery of Art, Freedom Plaza, Washington Monument, and the Jefferson and MLK Memorials. On the course, runners were treated to local musical entertainment, cheering spectators and Nike Share My Run stations broadcasting runners' distance and time throughout the course on Facebook. Spectators could also cheer on runners, track their position on the course and time splits by entering their bib numbers into Track My Run.

As they completed their taper week, all race participants were invited to the Nike Expotique (Expo+Boutique) on Washington Harbor to experience an array of premium women’s product presentations and runners’ services, including: a digital welcome wall (RFID) with participants' names, a second digital inside wall bringing together #WERUNDC content, a Nike+ Services desk, run analysis, footwear trialing, bra fitting, and pre-race tips from Nike Master Trainers and elite athletes Shalane Flanagan and Joan Benoit Samuelson.

The Half Marathon is the fastest-growing race distance overall and among women in particular. According to Running USA’s 2014 Annual Half Marathon Report, the 2013 Nike Women’s Half Marathon in Washington, D.C. was the largest inaugural half marathon in the world with 14,478 finishers.

The 11th annual Nike Women’s Marathon in San Francisco will be held in October; registration will be announced later this spring.