2012 Rookie of the Year, two-time All-Star (and 2014 All-Star MVP), MVP of this year’s FIBA World Cup and a new signature Nike shoe — the KYRIE 1 — that drops at retail today. At 22, Aussie-born Cleveland basketball player Kyrie Irving is just getting started. 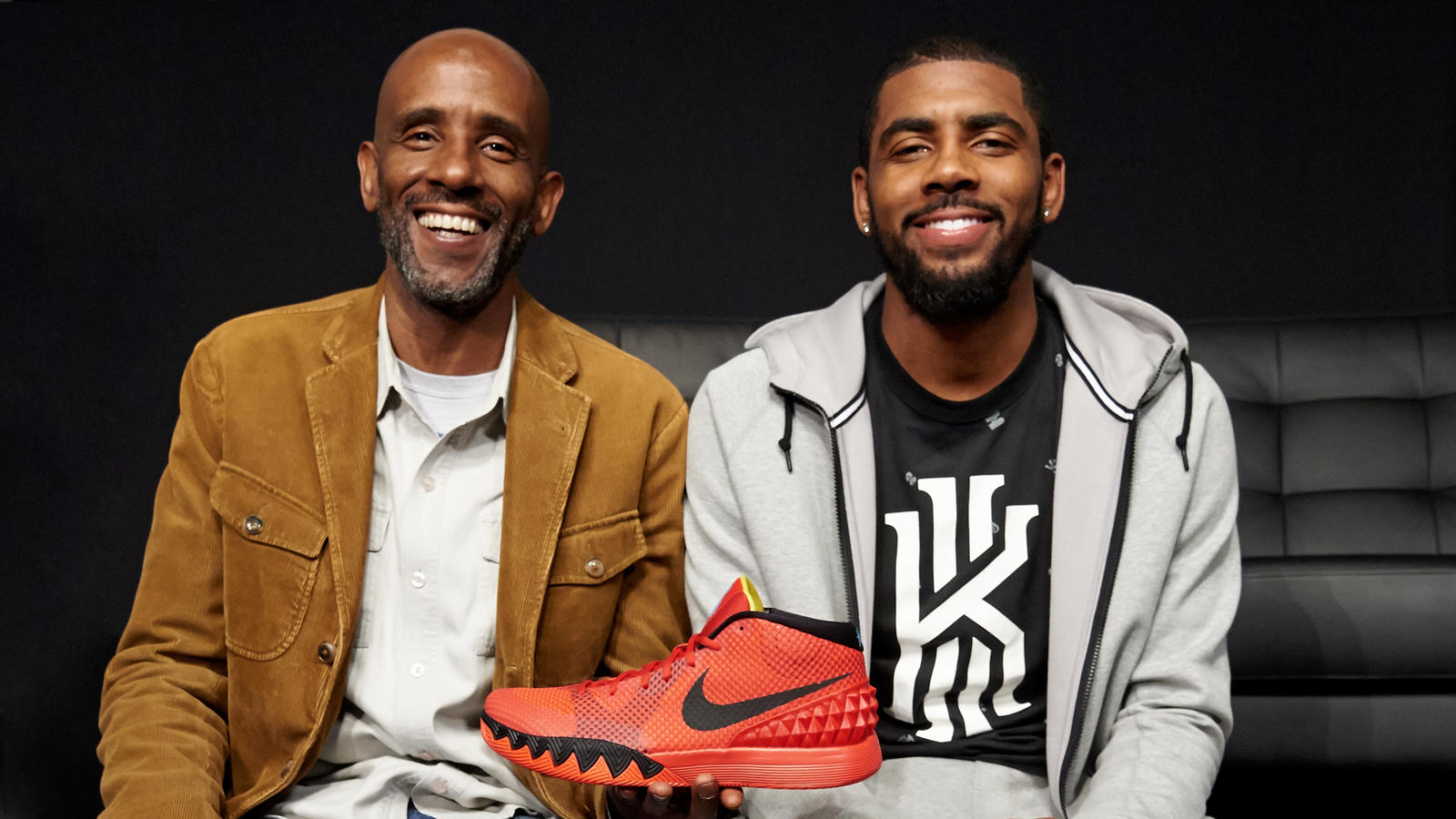 what makes Irving so exceptional

Besides a hypnotic first step and killer crossover, what makes Irving so exceptional? We went straight to his dad and role model, former Australian-league hoops pro Drederick Irving, for answers.

Drederick raised Kyrie as a single parent after his wife Elizabeth died when Kyrie was just four (Elizabeth Irving was also a standout athlete and competitive volleyball player in college). Dad served as Kyrie’s first basketball coach and the two are exceptionally close.

#1 - IRVING COULD DRIBBLE A BASKETBALL AT 13 MONTHS

Irving demonstrated ball control as a toddler and could routinely make a basket in a regulation-height hoop at age 4. By 6, he could sink a left-handed lay-up.

#2 - He flourished in high school

Irving always stood out as an athlete but high school is when his star power started to shine through. He transferred schools in New Jersey for his junior and senior years and was surrounded by other seriously talented players. He put in countless hours, studied film, embraced his skills and — in the ultimate test — finally beat his dad 1-on-1.

#3 - IRVING PLAYED BASEBALL AND WAS AN AVID SKATEBOARDER

In addition to basketball, Irving played baseball, holding his own as a shortstop with older boys when he was just seven and eight. He was also an avid skateboarder as a teen.

Irving’s connection to Nike began when he was still in a crib. His godfather Rod Strickland was a Nike athlete who made sure his godson was outfitted in Nike shoes. Irving signed on with the Swoosh in 2011.

In Nikes since before he could walk, Irving's new KYRIE 1 is designed for the next generation of players.

Irving enjoys writing and has always kept a journal, where he enters quotes and mottos to help guide his life and his game. The “Hungry and Humble” motto featured on the new KYRIE 1 is a maxim shared by father and son that Irving once printed in silver ink on his black-and-white Nike duffle bag in grade school.

The secret of Irving’s success may lie in goal-setting and discipline. “We always had goals for ourselves and he had to learn how to manage his time from a young age,” Drederick Irving says. There was basketball practice afterschool followed by homework and chores at night. “Cs weren’t accepted in our house and good grades were always a point of pride for Kyrie.” He still lives by goals, writing them on the wall at home.

Irving in part owes his phenomenal ball handling to a drill learned from his dad: dribbling a ball wrapped in a plastic bag. The plastic reduces bounce and feel, forcing the player to dial up focus and dribble harder. Look no further than an Irving fast break to the hoop for evidence.

#8 - In an alternate universe, Irving would be a journalist

If he weren’t playing pro hoops, he would probably be a journalist. He still could be in the future. Dad sees him as a journalist, sports analyst or coach working with kids 20 years from now.

His go-to comfort food is mac and cheese, a favorite of many that dates back to baked pasta dishes of 14th century France.

Irving was a big fan of the Nike Air Zoom Huarache 2K4 and would imagine them as his own signature shoe. He also dreamt of playing pro basketball on Christmas Day. Now, both visions are becoming reality: Irving is the 20th Nike basketball athlete to garner a signature shoe, which he'll wear when Cleveland plays Miami away on Dec. 25. As dad says: “He’s a winner.” 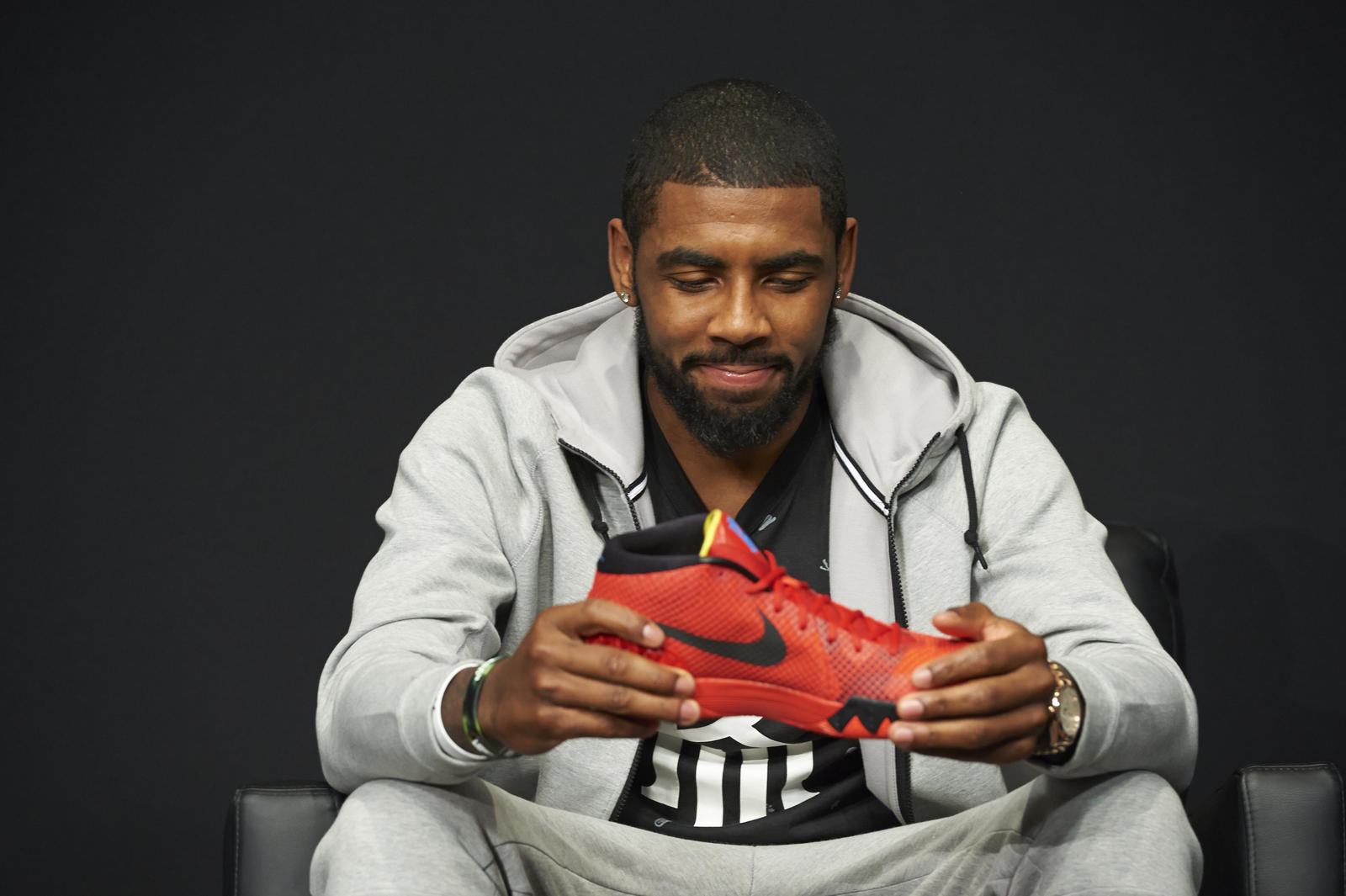 Kyrie Irving with his new signature Nike shoe — the KYRIE 1